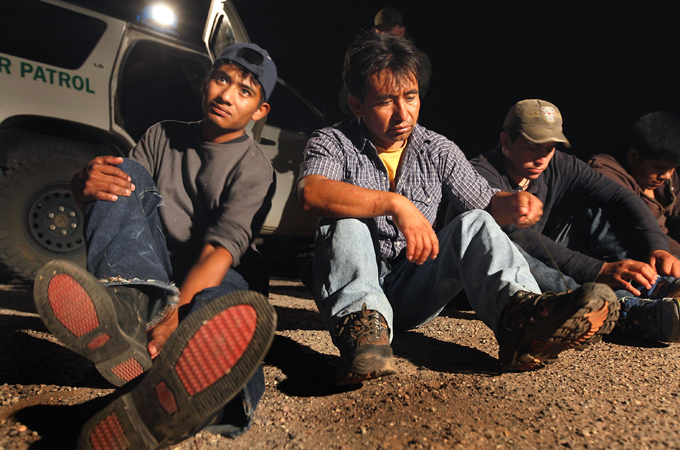 As Mexicans celebrate the 200th anniversary of their independence from Spain, evoking a history of resistance against colonialism, a disturbing development unfolds on the country’s northern border: a fleet of US Predator B drones has been deployed on constant patrol.

Fireworks will blast and flags will soar south of the Rio Grande in the most expensive festivities Mexico has ever seen, however the bicentennial may be over-shadowed by growing tensions with the country’s biggest trading partner and fiercest historical adversary.

"There is a feeling of increased militarisation on the border," says Juanita Darling, a professor of international relations at San Francisco State University.

Fears of Latino migrants and spiraling drug violence in Mexico, have led the US Department of Homeland Security (DHS) to deploy drones to monitor the entire border since September 1, along with a further deployment of 1,200 troops and other measures, as part of a $600m package for "enhanced security".

Controversial for their use in Afghanistan, Pakistan and Yemen, drones on the border cruise an area that, ironically, had previously belonged to Mexico. 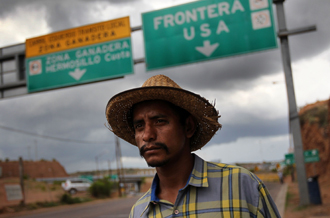 It wasn’t true, but no matter. The lie justified a war, ending with the US annexing California, Arizona, New Mexico as well as other territory from its southern neighbour, the same 2000 mile strip of land subject to the current drive towards militarisation.

"The border patrol has gone from about 10,000 to 20,000 agents in less than a decade, [and] many of their new hires are coming directly out of military operations in Afghanistan, Iraq or other theatres in the ‘war on terror’," says Geoff Boyce, an activist with the migrant rights group, No More Deaths.

The predator drone itself is "leading the situational awareness revolution" with "surveillance, reconnaissance and hunter-killer missions over land and sea", according to manufacturers. The drones on the US-Mexico border are to be used for surveillance, not targeted killings, but the Predator B model can be equipped with weapons capability.

"As a privately held company, we don’t do a lot of interviews," a General Atomics Aeronautical spokeswoman said, in refusing to comment on the company’s expanded border business.

The spokeswoman did, however, pass on advice to contact "the customer", but the recommended spokesman for the Department of Homeland Security did not respond to interview requests.

From Mexico to the Middle East

In his book Empire’s Workshop, the historian Greg Grandin argues that many US military policies used today in the Middle East - invented threats, targeted killings, and covert support for death squads - were perfected during dirty wars in Latin America against democratically elected leftist governments.

In the drone case however, Mexican economic migrants are facing technology developed to deal with insurgent fighters based in the conflict zones of the Middle East and Central and South Asia.

"Drone technology has vastly improved in the last few years," says Pratap Chatterjee, an expert on military contracting with the advocacy group Corpwatch. "The border is reaping some of the technological development that came from wars in Iraq and Afghanistan," he told Al Jazeera.

Despite new surveillance equipment, fears of spill-over violence from deadly drug wars raging throughout Mexico have also empowered policy makers to push for militarisation of the borderlands.

But when Janet Napolitano, the US homeland security secretary, announced new drones and other "security" measures on August 30, she admitted that crime rates were low along the border.

The top four large US cities with the lowest rates of violent crime, according to an Associated Press report published in June, are Phoenix, San Diego, El Paso and Austin, all of which are located near the border.

Numbers might not lie, but people certainly do. "The drones and the militarisation are being driven by political considerations: this is an election year," professor Darling said.

Hurting from a recession, exploding public debt and overseas wars, some working class Americans worry that Mexican migrants steal their jobs, cause trouble and generally refuse to adapt to the American way of life.

Fear of immigrants is nothing new or unique, to America or anywhere else, but today’s rhetoric around Latino migrants may be transforming into something uglier than normal, as high-brow intellectual types try to re-frame regular resentment into "civilisational" discourse. 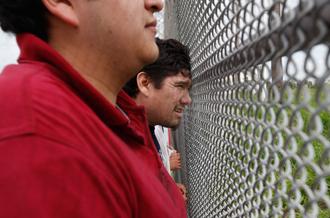 Samuel Huntington, the Harvard academic and the architect of the "clash of civilisations" theory – a concept claiming that the Islamic world and the religious ideologies that support it are incompatible with western concepts of liberal democracy - also has some views about Latino migrants and "the cultural and linguistic threats" they pose to America.

Latino migrants, those who are being fenced out of land taken by force during the Mexican-American war, constitute: "The single most immediate and most serious challenge to America’s traditional identity", according to Huntington.

It is true that unlike, say Muslim-American immigrants, many Latino migrants are poorly educated and work for low wages performing manual labour.

But these demographic trends are directly related to economic policy, rather than some form of inert culture.

"In California, we are seeing large numbers of immigrants from Mexico who are not traditional immigrant groups, they have been forced into immigration because NAFTA [The North American Free Trade Agreement] has left them with no other choice,” professor Darling said.

Back in 1994 when the US, Mexico and Canada signed the agreement, Mexican elites and many citizens, believed the country could become a workshop for the US, producing the cars, textiles and consumer goods for the world’s richest market, and consequently lifting Mexicans out of poverty.

The effect has been almost the opposite.

"Going sector by sector and looking at the likely impact of NAFTA, it was clear that the kind of situation we are seeing now was going to be created: a detrimental affect on small agriculture and high wage manufacturing," Darling said.

Many recent migrants had been farmers prior to NAFTA, when heavily subsidised US agricultural products flooded the Mexican market, destroying their livelihoods.

By 2004, ten years after the agreement was signed, 1.3 million farm jobs had disappeared in Mexico, according to a study by the Carnegie Endowment for International Peace.

"Operation Gate Keeper [an earlier phase of border militarisation] was launched in 1994 when NAFTA went into effect and I don’t think that was coincidental," Boyce said.

"If you look at the impacts of NAFTA on the majority of people, especially on the demographics who are crossing the border, the arguments for NAFTA have been demonstrably unfounded."

Perhaps, the most lucrative legacy of NAFTA has been the expansion of the drug trade. And the drug gangs are following the basic premises of free trade style capitalism to their logical conclusion: buy low, sell high, make profit, and eliminate your competitors.

"I don’t know if the drones are going to be used to trace the people carrying arms from the US into Mexico, which has a major impact on the drug war," Darling said.

And while Mexico struggles with thousands of drug deaths, unemployment and all-out war in some cities, other Latin American countries like Brazil, Venezuela, Argentina and Bolivia are attempting, often successfully, to chart a separate course away from dependence on the US.

So, as Mexicans drink Tecate beer, eat tamales and watch their government spend lavishly on their bicentennial, the words of nineteenth dictator Porfirio Diaz seem as true today as they were more than 100 years ago.

"Poor Mexico," Diaz once said "so far from God and so close to the United States".