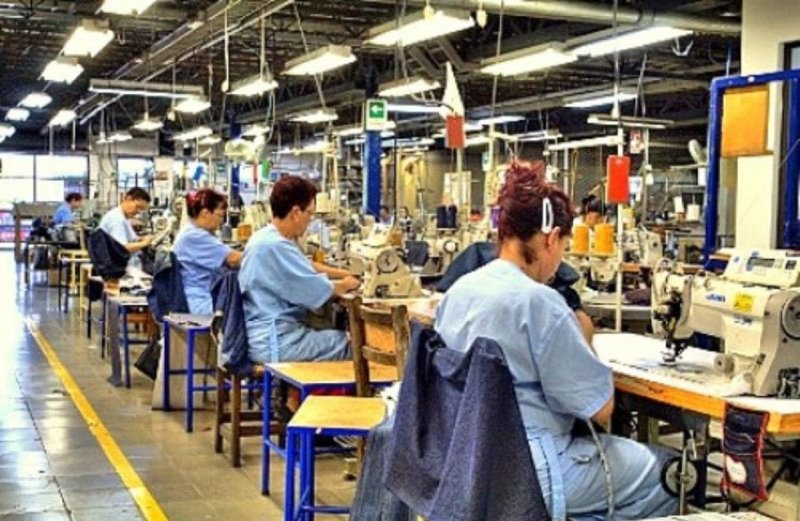 US factories in Mexico are still open. As the coronavirus spreads, workers are dying

JUAREZ, Mexico — Throughout March, even as business and manufacturing slowed to a halt across much of the world in an effort to contain the new coronavirus, work in foreign-owned factories in northern Mexico carried on as usual.

Hundreds of thousands of workers continued to toil side by side in Juarez, Tijuana and other border cities, churning out electronics, medical equipment and auto parts.

Meanwhile, the virus was spreading.

At a plant owned by Michigan-based Lear Corp. that makes textiles for automobile seats, workers began turning up at the on-site infirmary about a month ago with fevers and coughs.

Nurses diagnosed them as having allergies or colds, gave them painkillers and told them to get back to work, according to two employees who spoke on the condition of anonymity because they were not authorized to give interviews.

By late March, it became clear that the Juarez factory was the center of a major COVID-19 outbreak. Thirteen employees at the factory have died of the disease, according to Mexican health officials.

Among them was 42-year-old Rigoberto Tafoya Maqueda, who moved to Juarez from the mountains of central Mexico as a child and had worked for 20 years at the plant.

“They didn’t give him anything, not even antibacterial gel,” said his niece, Susana García Tafoya. “They told him that he was fine ... so he kept working.”

Maquiladoras, as the thousands of foreign-owned factories in northern Mexico are known, are not accustomed to extended work stoppages.

The factories, which avoid most tariffs because their finished products are for export only, have boomed since the 1994 North American Free Trade Agreement, drawing hundreds of thousands of workers to rapidly industrializing border cities for jobs that typically pay many times less than similar positions in the United States.

The pandemic has fed off the drive to keep factories running.

Mexico’s undersecretary of health, Hugo López-Gatell, warned this week that the devastation from the virus might be acute in the northern border states in part because some factories had continued to operate despite new social distancing guidelines that called for nonessential businesses to suspend work.

Lear shut down the Juarez factory on April 1, while also stopping production at 41 other facilities it operates across Mexico.

A statement from the company expressed regret over the deaths of “several” employees but did not address whether protective measures such as the distribution of masks had been implemented or whether sick workers had been sent back to the factory floor. The medical section of the Otay Mesa Detention Center.

Dozens of other factories along the border continue to operate — in direct violation of federal orders.

She said 64 factories had closed, and 33 that are considered essential are operating as usual.

In the state of Baja California, home to the twin industrial cities of Tijuana and Mexicali, state labor officials have been investigating noncompliant factories daily.

State Labor Secretary Sergio Moctezuma Martinez said that last week investigators closed a U.S.-owned factory that had been operating illegally and had chains on its doors to prevent its roughly 800 workers from leaving.

A spokeswoman for the company, Georgia-based Cooper Lighting, said in a statement that the chains were a temporary solution because locks on doors to the factory floor were broken. She said the doors were closed during each shift “to ensure the safety of our workers.”

Baja California is home to a large number of factories that produce medical supplies — a business deemed essential by Mexican authorities. Several major suppliers in Tijuana have helped make Mexico the top source of medical equipment to the United States.

State authorities have grown increasingly frustrated with those companies, which are selling their products to the United States even as Mexico’s public hospitals face a major shortage of surgical masks, gloves and other protective gear.

Baja California Gov. Jaime Bonilla warned last week that local doctors are “dropping like flies” and threatened to shut down a Smiths Medical Inc. factory making ventilator parts unless it figured out how to bypass free trade rules and supply local clinics.

The company agreed and says it is in talks with officials in both countries to amend regulations.

Bonilla, who belongs to the leftist Morena party founded by President Andrés Manuel López Obrador, has been an outspoken critic of factory conditions.

“The employers don’t want to stop earning money,” he said at a news conference Friday. “They are basically looking to sacrifice their employees.… This is the reality.”

Calling on factories to improve sanitation and social distancing measures, he said: “We want them to continue working, but we don’t want them to sacrifice the health or the lives of their workers.”

For those plants along the border that have closed in recent weeks, the government’s instructions haven’t been the only factor. The sinking world economy has dramatically reduced demand for manufactured goods.

In some places, the failure of factories to take precautions against the virus has sparked protests from workers demanding that they be sent home or better safety measures put in place. Videos have circulated on social media showing angry workers walking off the job and yelling at managers for not providing protection.

Trade groups that represent factory owners say a majority of companies are responding responsibly to new social distancing guidelines and that most workers who have been sent home because factories have closed are receiving partial pay.

Mexico has 7,497 confirmed coronavirus cases and 650 deaths, including 138 in states along the northern border.

The real numbers are almost certainly much higher, because Mexico has conducted fewer than 50,000 tests, compared with 3.2 million in the U.S. Top health officials have acknowledged there may be more than 56,000 infections.

Here and across the globe, governments and businesses are weighing the economic costs of shutting down life as usual against the risk of the coronavirus spreading.

That question is particularly consequential in Mexico, where the economy was suffering even before the coronavirus hit.

Alfredo Coutiño, Latin America director for Moody’s Analytics, predicts that Mexico’s economy will contract 6.5% in 2020 and the country will enter into a recession “deeper than that during the 2009 financial crisis.”

Driving the downturn are losses in remittances, a decline in tourism, and — significantly for a country whose economy relies on exports for nearly a fifth of its gross domestic product — a major contraction of the export market.

Nearly 1 in 5 Mexican taxpayers is employed in the maquiladora industry, and cities such as Juarez and Tijuana depend almost entirely on factory jobs, where workers build everything from Whirlpool washing machines to Bombardier jets.

There are growing concerns that some factories that are closed now might never reopen. Some worry that widespread unemployment could lead to more crime in border cities that have long struggled with violence. Killings soared in Juarez after nearly one-third of factory jobs were eliminated during the 2008 global recession.

Jesús Manuel Salayandía, a factory owner who is the director of a trade group called Canacintra Juarez, said his business is operating at partial capacity because only some of what he produces is considered essential.

Those changes, as well as modifications to production lines to put more space between workers, have cost him, he said. He hopes to still be in business after the pandemic has passed, but said that’s not guaranteed.

“What will happen if all these factories close?” he said. “It could get very dark very quickly. People have to eat.”