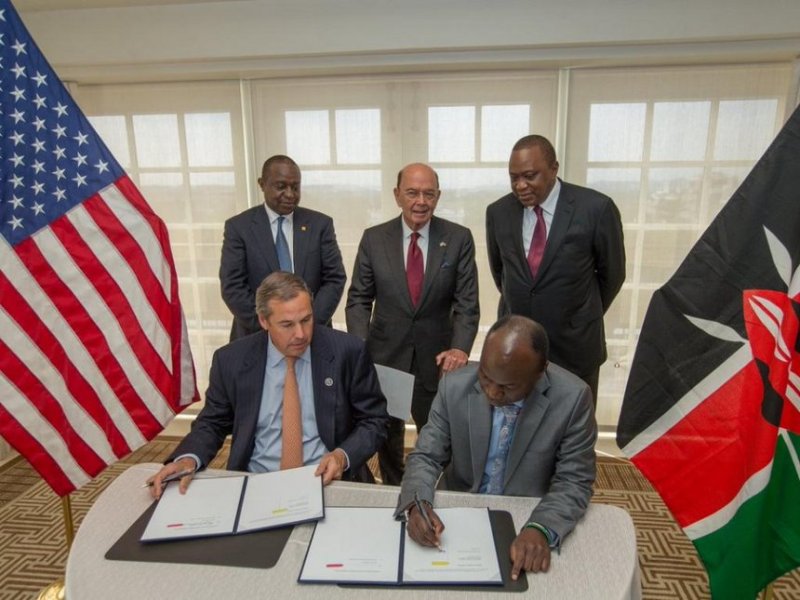 US, Kenya to start trade talks seen as template for Africa

By Jenny Leonard and David Herbling

The U.S. and Kenya are expected to announce negotiations on a free-trade agreement next week, America’s first such deal with a sub-Saharan country, a person familiar with the plans said.

The Trump administration wants the accord to be a model for future pacts with other nations in the region, one of the people said, declining to be identified because the talks are private. An announcement on the discussion will coincide with Kenyan President Uhuru Kenyatta’s visit to Washington next week.

Macharia Kamau, Kenya’s principal secretary for foreign affairs, said the nations expect real progress on an agreement by the third quarter of this year, depending on how the negotiations go.

Now that President Donald Trump has signed the first phase of a trade pact with China, and the Senate approved his U.S.-Mexico-Canada agreement, the White House is turning its attention to scrutinizing trade relationships with other nations and regions including the European Union, the U.K. and Africa.

The White House referred questions to the U.S. Trade Representative’s office, which didn’t immediately respond to a request for comment.

Any potential pact won’t replace the African Growth and Opportunity Act, which provides 39 sub-Saharan African countries duty-free access to the U.S. for about 6,500 products ranging from textiles to manufactured items, Kamau said by phone. An agreement will instead “deepen and expand” AGOA, he said.

The East African nation’s cabinet will probably approve discussions with the U.S. this week, Kamau said.

Kenya is America’s 11th largest trading partner on the continent and the sixth biggest in sub-Saharan Africa, with total trade between the two countries at $1.17 billion in 2018.

The U.S. currently has one free-trade agreement on the African continent — with Morocco. U.S. Assistant Secretary of State for African Affairs Tibor Nagy said in August that the nation was pursuing a trade deal with an unidentified country in sub-Saharan Africa, adding that it would be used as a model for others when AGOA expires.

The U.S. favors bilateral trade agreements with African nations, Nagy said in the same interview. That differs from the view held by the African Union, which favors a free-trade agreement to replace AGOA when it expires, AU Trade and Industry Commissioner Albert Muchanga said at the time.

America is engaged in talks with some African countries, Nagy said Monday, declining to name them.