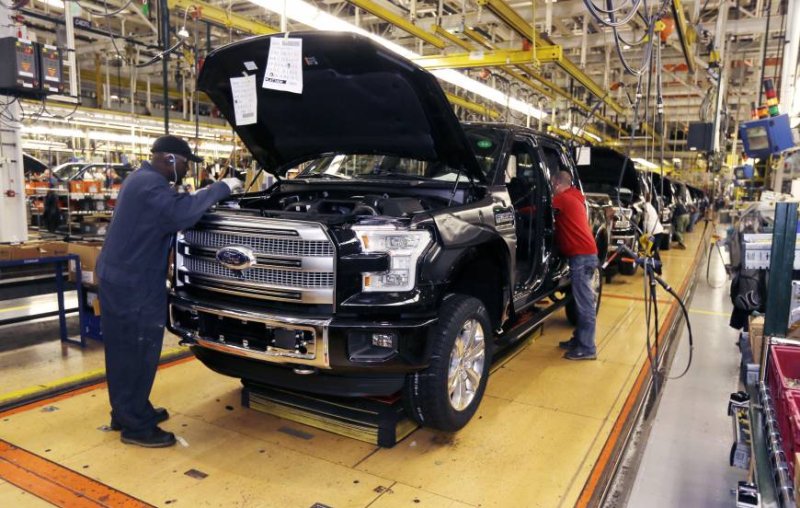 US NAFTA autos negotiator called from Mexico for consultations: officials

The U.S. negotiator for regional content requirements in autos flew back to Washington from a NAFTA round in Mexico on Monday to talk with car companies, officials said, in a development some hoped would lead to progress on the contentious issue.

Four Mexican, Canadian and U.S. trade officials said the negotiator, Jason Bernstein, had been called back, with two of the officials saying he was there to meet U.S. automakers.

Kenneth Smith, Mexico’s chief negotiator, told reporters late Monday that Bernstein went to meet U.S. Trade Representative Robert Lighthizer to talk about the auto sector rules, but he did not comment on the potential meeting with automakers.

“This does not mean that there has been a rupture or a change of signals from the United States,” Smith said.

The change in plans disrupted a schedule for talks early in the week about a proposal by the administration of U.S. President Donald Trump to make automakers source more from the region and the United States, a major sticking point the industry warns would disrupt supply chains and raise costs.

Smith said he hoped the United States could return to talks on regional content rules later this week.

Mexican negotiators have said the auto content issue must be resolved in large part between the White House and the Big Three Detroit automakers that dominate the industry.

“What I’ve heard is that he’s back in Washington because apparently they are meeting with the Detroit three. If that’s the case, that’s really positive,” said Flavio Volpe, president ‎of the Toronto-based Automotive Parts Manufacturers’ Association.

“The timing is awkward. But if USTR is finally talking to those companies it’s something that we’ve been asking for months,” Volpe said, referring to the United States Trade Representative (USTR).

“I don’t see it as that bad,” Kalach told local radio. “The important thing will be to see how the issue advances in discussions when we approach the ministerial [meetings] on Saturday and Sunday.”

U.S. trade officials and a Mexican auto industry official in Mexico City said they also believed the fact Bernstein had been called to Washington was a positive development for the talks to renegotiate the 1994 North American Free Trade Agreement.

A seventh round of talks began on Sunday with the three sides aiming to finish reworking less contentious chapters while also meeting to discuss the trickiest subjects blocking progress to rework the pact that underpins $1.2 trillion in annual trade.

“We’re hopeful to make quite a bit if progress this round. So we’ll see how it goes,” said Steve Verheul, Canada’s chief negotiator as he arrived at the negotiations on Monday.

Mexico’s government is concerned that a lack of progress on the automotive content issue could hurt the wider renegotiation, a former official still familiar with the process said.

Seeking to break the deadlock, the Mexican government has said it would put forward a proposal on rules of origin during the current round of talks, but a Mexican official said on Monday no new ideas had been presented so far.

The renegotiation began last year at the behest of Trump who said the agreement must be overhauled to better favor American interests or Washington would quit the accord. The latest round has been clouded by renewed tension between Mexico and Trump over his planned border wall.

Mexico has consistently rejected paying for the wall, and its government had hoped to arrange a meeting between President Enrique Pena Nieto and Trump in the next few weeks. However, a senior U.S. official said over the weekend that plan had been postponed after a phone call between the two soured over the wall earlier this month.

Mexico’s government has not commented officially on the derailment of the Trump-Pena Nieto meeting, and Mexico’s negotiator Smith said trade talks were still moving forward.

“The discussions that take place in the media or in other political areas are not affecting the pace or the environment of the negotiations,” Smith said.

Smith said several chapters are close to being finished, including measures on e-commerce, telecommunications and sanitary standards for agricultural products. Others close to the talks believe the energy chapter could also be concluded.

Officials do not anticipate major breakthroughs on other intractable issues such as agriculture and dispute resolution mechanisms in the Mexico City round, due to run until March 5.

There was little sign of compromise on any issues early on, with a senior Canadian agriculture official pushing back against U.S. demands to dismantle Canadian protections for the dairy and poultry sectors known as supply management.

“When it comes to supply management, we believe there can be no concession,” said Jeff Leal, the minister of agriculture, food and rural affairs for the province of Ontario.