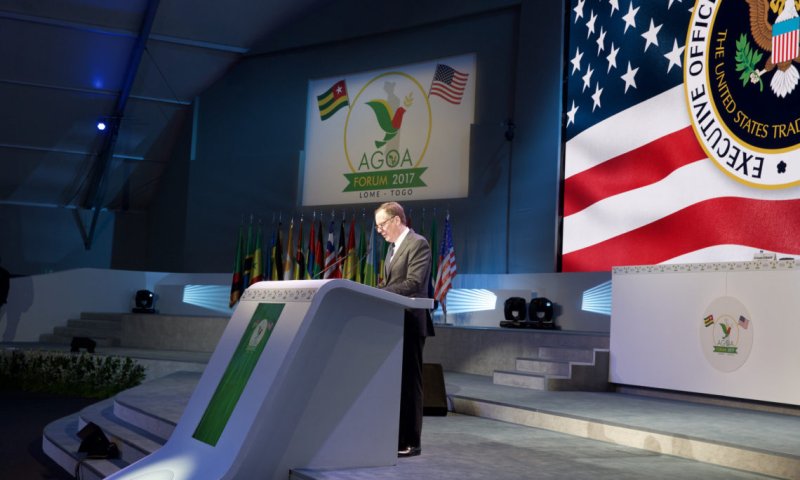 The U.S. government has said that it was currently looking for African countries that would be interested in bilateral free trade agreements with it.

Peter Haas, the U.S. Deputy Assistant Secretary for Trade Policy and Negotiation told journalists in a teleconference that it was a big deal for the U.S. to be looking towards Africa.

“What we were looking for are African countries that would be interested in having bilateral free trade agreements with us.

“I think one of the things that I would like to point out is that this is a kind of big deal for us, to be looking at countries in Africa for possible free trade agreements.

“We are also targeting meetings with the African Union to discuss the future of the U.S.-Africa trade relationship.

“We will be looking at countries that express interest to determine which ones make sense, both in terms of capacity, readiness, and all of those things,’’ he said.

Mr Haas, however, said that it was too early to decide or disclose the African country or countries his government might start negotiations with on the proposed bilateral free trade agreements.

The deputy assistant secretary also disclosed the U.S. effort at discussing the benefits of biotechnology with African countries and the rest of the world.

“We will be discussing the promise of biotechnology for agriculture, health, and many other sectors in Africa.

“I think all of you know that biotechnology allows for intentional changes in plants or animals to improve outcomes in agriculture or health,’’ he said.

Mr Haas said that the U.S. government was deeply committed to increasing food security in Africa by embracing technology, modernising policies, as well as increasing trade.

The US Trade Relations Office of African Affairs develops and coordinates U.S. trade and investment policy for the 49 countries of sub-Saharan Africa.

It leads the negotiation and implementation of U.S. trade and investment policies and objectives in the region.

The administration seeks both to expand markets for U.S. goods and services in sub-Saharan Africa and to facilitate efforts to bolster African economic development through increased global, regional, and bilateral trade. Sub-Saharan Africa presents many opportunities for U.S. businesses as an emerging market for American exports.

In 2017, seven of the 20 fastest growing economies in the world were in sub-Saharan Africa, according to the IMF.

To that end, the Africa Office also will help to implement the Trump Administration’s vision to pursue bilateral free trade agreements with sub-Saharan Africa that could serve as model for others in the region.