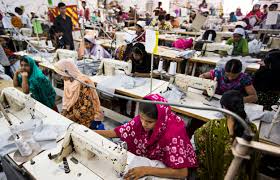 US refuses to restore trade deal for India By KS Kumar

While US President Donald Trump is expected to visit India in the last week of this month, trade ties between the two countries remain frosty.

India’s hope of reclaiming the benefits under the US Generalized System of Preferences scheme has been quashed.

The United States Trade Representative’s office has classified India as a developed economy, so it is not eligible for benefits given by Washington to developing countries. The scheme covers nearly 2,000 products, including auto components and textiles.

Under this preferential trade scheme, Indian exporters were offered tariff-free access to the US market. India was the largest beneficiary of the program in 2017 with US$5.7 billion in imports to the US given duty-free status, according to a Congressional Research Service report.

The beneficiary countries were chosen if their per capita gross national income was below $12,375 and their share of world trade was less than 0.5%. The US representative pointed out that India surpassed the world trade share criterion many years ago. In 2017, India’s share was 2.1% for exports and 2.6% for imports.

The representative also argued that since India, along with nations like Argentina, Brazil, Indonesia and South Africa is part of the G20 bloc, could be classified as being developed, despite having a per capita gross national income below $12,375, according to World Bank data.

In 2018, the US launched an eligibility review of India’s compliance with GSP market access criteria.

Last June the US administration terminated the preferential trade scheme for India after it failed to provide an assurance that it would provide US companies with “equitable and reasonable access” to its markets.

The US pointed out that India had created an array of trade barriers that had serious negative effects on US commerce and it had done nothing in this regard.

President Donald Trump then remarked that India’s high import tariff on iconic Harley Davidson motorcycles was “unacceptable.” In November, he signed an executive order that ended the duty-free status for 50 items.

While Commerce and Industry Minister Piyush Goyal decided to downplay the US move, saying India does not need trade concessions and should be able to become competitive on its own, the ministry continues to be part of trade talks between India and the US.

On the other hand, traders have pointed out that Indian exports have been under pressure due to increasing competition from low-cost rivals, and that surrendering GSP claims would mean handing away market share.

In 2018, the US launched an eligibility review of India’s compliance with GSP market access criteria. It concluded the country had implemented a wide array of trade barriers that create serious negative effects on commerce. Subsequently, President Trump signed an executive order in November that ended the duty-free status for 50 items.

While goods worth $6.35 billion were covered under the GSP in 2018-19, it formed only a small part of India’s overall exports to the US, which stood at $51.4 billion. However, exporters dealing with products eligible for concession found it difficult to absorb the loss. The affected sectors include jewelry, leather, pharmaceuticals, chemicals and agricultural products.