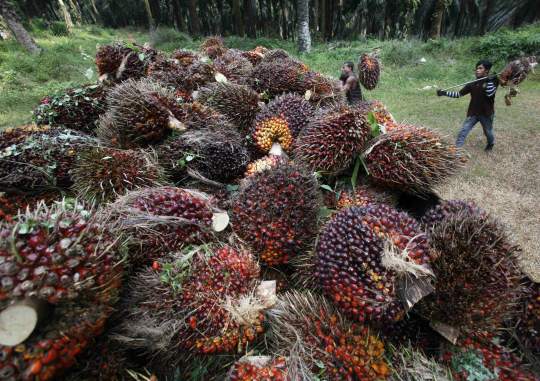 Some US lawmakers and human-rights advocates had expected Malaysia to remain on Tier 3 this year given its slow pace of convictions in human-trafficking cases and pervasive trafficking in industries such as electronics and palm oil.

WASHINGTON (Reuters) — The United States is upgrading Malaysia from the lowest tier on its list of worst human trafficking centers, U.S. sources said on Wednesday, a move that could smooth the way for an ambitious U.S.-led free-trade deal with the Southeast Asian nation and 11 other countries.

A provision in a related trade bill passed by Congress last month barred from fast-tracked trade deals Malaysia and other countries that earn the worst U.S. human trafficking ranking in the eyes of the U.S. State Department.

The upgrade follows international scrutiny and outcry over Malaysian efforts to combat human trafficking after the discovery this year of scores of graves in people-smuggling camps near its northern border with Thailand.

The State Department last year downgraded Malaysia in its annual "Trafficking in Persons" report to Tier 3, alongside North Korea, Syria and Zimbabwe, citing "limited efforts to improve its flawed victim protection regime" and other problems.

But a congressional source with knowledge of the decision told Reuters the administration had approved the upgraded status. A second source familiar with the matter confirmed the decision.

Some U.S. lawmakers and human-rights advocates had expected Malaysia to remain on Tier 3 this year given its slow pace of convictions in human-trafficking cases and pervasive trafficking in industries such as electronics and palm oil.

This year’s full State Department report, including details on each country’s efforts to combat human trafficking, is expected to be released next week.

The State Department and the White House both declined comment.

Obama visited Malaysia in April 2014 to cement economic and security ties. Malaysia is the current chair of the 10-nation Association of Southeast Asian Nations. It is seeking to promote unity within the bloc in the face of China’s increasingly assertive pursuits of territorial claims in the South China Sea, an object of U.S. criticism.

In May, just as Obama’s drive to win "fast-track" trade negotiating authority for his trade deal entered its most sensitive stage in the U.S. Congress, Malaysian police announced the discovery of 139 graves in jungle camps used by suspected smugglers and traffickers of Rohingya Muslims from Myanmar.

Malaysia hopes to be a signatory to Obama’s legacy-defining Trans-Pacific Partnership (TPP), which would link a dozen countries, cover 40 percent of the world economy and form a central element of his strategic shift towards Asia.

On June 29, Obama signed into law legislation giving him "fast-track" power to push ahead on the deal.

Lawmakers are working on a compromise that would let Malaysia and other countries appearing on a U.S. black-list for human trafficking participate in fast-tracked trade deals if the administration verified that they have taken concrete steps to address the most important issues identified in the annual trafficking report.The graves were found in an area long known for the smuggling of Rohingya and local villagers reported seeing Rohingya in the area, but Malaysia’s Deputy Home (Interior) Minister Wan Junaidi Tuanku Jaafar has said it was unclear whether those killed were illegal migrants. The discovery took place after the March cut-off for the U.S. report.

The State Department would have needed to show that Malaysia had neither fully complied with minimum anti-trafficking standards nor made significant efforts to do so to justify keeping Malaysia on Tier 3, which can lead to penalties such as the withholding of some assistance.

In its report last year, the State Department said Malaysia had reported 89 human-trafficking investigations in the 12 months to March 2014, down from 190 the previous year, and nine convictions compared with 21 the previous year.

In the latest year to March, Malaysia’s conviction rate is believed to have fallen further, according to human-rights advocates, despite a rise in the number of investigations. That reinforced speculation Malaysia would remain on Tier 3.

"If true, this manipulation of Malaysia’s ranking in the State Department’s 2015 TIP report would be a perversion of the trafficking list and undermine both the integrity of this important report as well as the very difficult task of confronting states about human trafficking," said Democratic Senator Robert Menendez, who had pushed to bar Tier 3 countries from inclusion in the trade pact.

"They have done very little to improve the protection from abuse that migrant workers face," he said. "This would seem to be some sort of political reward from the United States and I would urge the U.S. Congress to look long and hard at who was making the decisions on such an upgrade." Malaysia has an estimated 2 million illegal migrant laborers, many of whom work in conditions of forced labor under employers and recruitment companies in sectors ranging from electronics to palm oil to domestic service.

Last year’s report said many migrant workers are exploited and subjected to practices associated with forced labor. Many foreign women recruited for ostensibly legal work in Malaysian restaurants, hotels, and beauty salons are subsequently coerced into prostitution, the report said.

An administration official told Reuters in June that the White House had been working closely with the Malaysian government and stakeholders to fight the problem.

Among the 12 TPP countries, Brunei has also come under attack by human-rights groups for adopting Islamic criminal law, which includes punishing offenses such as sodomy and adultery with death, including by stoning. Vietnam’s Communist government has been criticized for jailing dissidents.