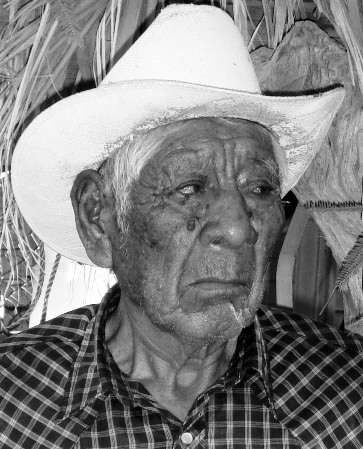 Freely translated by Anoosha Boralessa (June 2015); not reviewed by bilaterals.org or any other organization or person.

Valle de San Quintín labourers: a reflection of shame and demands for justice

…. From 2007 to March 2015, [the Tlachinollan Centre of Human Rights] has documented that at least 40 children have died in agricultural fields, as a result of accidents at work, atrocities, insect bites, malnutrition, premature deliveries and inadequate medical care. Child labour is endemic. Red de Jornaleros Internos de Mexico, La Jornada, 27 March 2015.

Injustice is when the overflowing wealth of a handful of ranchers is sourced from the abject poverty and exploitation of thousands of workers. Urbano Sánchez, March 2015

The Implicated: Stories of Systematic Indignity

San Quintín is a credible, contemporary sample of the different processes that make up the contemporary system of labour exploitation: a) indolent and indifferent businessmen that subject agricultural workers to abusive and illegal working conditions in order to increase their own profits; b) state institutions that do not guarantee that the labour rights of their labourers must be upheld; and c) impoverished workers that, while being exploited, have still organized resistance, demonstrating their ability to take action in the struggle where they demand dignified and well paid work [1]. In regard to this, over recent weeks, several agricultural labour organizations in Mexico and the United States, indicated that what is happening in San Quintín simply reflects the practice in at least 18 Mexican states that have agricultural workers. [2] What this demonstrates is that the lack of labour rights and safe and fair working conditions – a panorama that can be categorized as a form of contemporary slavery [3] – persists, to a greater or lesser extent; that millions of people endure this because they arrive as labourers in need of work [4].

San Quintín Ranches: caught between illegality and the absence of justice

In this context of systemic and sustained labour abuse that has gone on for decades, it is not only illegal and politically questionable that nearly all ranch owners in Valle de San Quintín wilfully benefit from poverty and agricultural labourers’ need for work by imposing such temporary and unfavourable labour conditions; it is also unjust and by no means ethical that the excessive fortunes of this handful of agricultural businesses are made through over-exploiting the labour of tens of thousands of labourers [5]. The shortcomings and atrocious misery of these dispossessed groups form the hidden face and result from the disproportionate accumulation of wealth of a predatory minority that only looks after its own interests. Thus through their ambiguous and indifferent role in these negotiations with the government and labourers as well as their categorical refusal to undertake to increase the salaries of the labourers to 200 pesos per day [6], businessmen have demonstrated their excessive economic ambition and an atrocious greed. Generally speaking, through their actions agricultural businessmen have shown that not only are they indifferent to the living and working conditions of agricultural workers but also, for them, workers are only cheap and disposable labour, that can be dispensed with; for the management sector, they are simply a method of generating and increasing profits.

On the other hand, and with respect to the role the State plays in giving authority to and regulating social life, it is equally unjust and borders on impunity and negligence, that the government, at all levels (municipal, state and federal) has allowed and continues to allow systemic labour exploitation and abuse of labourers in the Valle de San Quintin. Here, working days do not meet the minimum hygiene and safety standard and can be as long as 15 hours per day; meagre salaries never amount to 150 pesos; labourers have neither an employment contract nor access to IMSS [translator’s note: the Mexican Social Security Opportunities Programme]; and the requirement for one day’s rest is constantly flouted. The State’s failure to enact legislation stretches beyond the labour environment; it also extended to the living conditions of these agricultural workers: the lack of social security, medical services and dignified housing [7].

In this context, governments – principally at the state level – have been unable to apply and to enforce principally (though not exclusively) labour law. The government at its various levels – municipal, state and federal – has failed to meet the legal constitutional criteria and so have favoured and privileged the economic and political elites of Valle de San Quintín. As for official institutions, they have treated agricultural workers like second class citizens whose rights have been clearly scamped and also been put on indefinite hold. In this context, it must be highlighted that the abuse of these workers by their employers has been facilitated by complex, ambiguous relations on negligence, complicity and profit between some of the state institutions and agricultural businessmen. This network of shady collaborations has enabled, is sustaining and replicating systemic exploitation of labour in the Valle de San Quintín.

The Achievements of Labourers, Social Organization, Mobilization and Visibility

However, despite the difficult labour conditions and living conditions, labourers have demonstrated that they can organize themselves and act to counteract the indignities to which they have been submitted. In the first phase, various strategies and actions have highlighted the labour and living conditions through the circulation of requests in different national and international media. Their testimonies and claims have been voiced over the past weeks on the radio, the television, print media and social networks.

On the other hand, despite the difficulties and attacks which have been made against them, labourers and their representatives have created, maintained and expanded their own, original organizing process, delimiting it from official trade unions (the latter have acted exclusively as the accomplices of management that exploits its workforce) [8]. This organizing process has enabled social movements of different types and on different scales (demonstrations, acts of protest, rallies, blocking and closing roads, information caravans and meetings with state and federal authorities). No less important was its policy of establishing alliances and connections with other guilds and labour and socio-political organizations in Mexico and abroad (principally in the US) [9], as well as non-official trade unions of varying stamps. The common factor bringing them together: their claims for better working conditions and unconditional respect for labour rights.

Finally, all this enabled them to sustain, channel and direct an arduous and devious process of negotiation with the State and the management sector. These events and different measures enabled them to make their claims be heard and be placed on the negotiating table for state, and later federal governments.

[3] Agricultural workers, like some organized labour in the tourism and mining sectors, are the sectors with the poorest working conditions and where fundamental rights are completely flouted. Even in 2015 there was slavery: México tiene el índice más alto en América Latina, Animal Político, 30 de marzo del 2015.

[4] There are approximately 2 million workers in Mexico. 90% do not have a formal employment contract. The majority of these workers come from the poorest states of the country and are indigenous peasants. Frente indígena binacional se solidariza con jornaleros de San Quintín, La Jornada, 27 de marzo 2015.