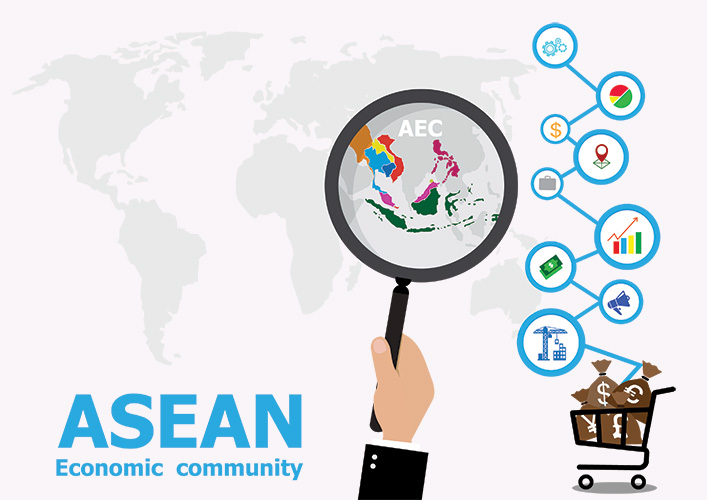 Vietnam’s Deputy Minister of Industry and Trade Trần Quốc Khánh talks to Vietnam News Agency about what went on at the recent meeting on Asean economic integration in Hanoi.

What was the significance of the 37th High-level Task Force on Asean Economic Integration (HLTF-EI) meeting held in Hanoi on Feb 12 and 13?

The event drew the participation of senior economic officials from deputy minister level from all Asean member states. High on the agenda was the discussion on what should be written in the recommendations and strategies for the economic integration vision for Asean.

Participants spent a lot of time discussing co-operation among Asean member countries and between Asean and other international economic groups.

In the discussion on economic co-operation among Asean member states, we spent quite a lot of time evaluating the masterplan on the course of the establishment of the Asean Economic Community by 2025.

First, the criteria to select counterparts to negotiate with Asean member countries.

Second, a special group would be created to review the negotiation process for the Regional Comprehensive Economic Programme (RCEP), an important move for the coming negotiation sessions in 2020.

Did you face any challenges in holding the meeting in Hanoi?

The outbreak of Covid-19 has affected the Asean economy, including the Vietnamese economy. Adding to that, the representative delegation from Singapore, which is the incumbent president of the group, could not attend the Hanoi meeting due to the outbreak of the coronavirus.

However, Vietnam did its best to co-chair the video meeting with the Singaporean side. And the meeting took place smoothly.

Vietnam played a very important role in the 37th of the HLTA-EI meeting.

Adding to that Vietnam shared its experience with other Asean member countries to help them better negotiate their free trade agreements in the future.

Vietnam also shared with other member nations the lessons the country learned in the course of negotiating for the Regional Comprehensive Economic Programme (RCEP).

At the year-end meeting in 2019 in Bangkok, all Asean member states adopted a joint statement voicing their commitment to open their markets as was regulated in the agreement.

However, India is still facing some problems in discussions about RCEP. Yet all 15 countries have agreed to open their markets for other signatories to the agreement. We have set a target to have the agreement completed by late this year in Vietnam.

Though we have foreseen that the negotiations with India still face certain challenges, we vow to do our best to have them completed by late this year.

The approval of both the EVFTA and the AVIPA by the European Parliament was good news for both Vietnam and other Asean member states. Vietnam and Singapore are the two countries in Asean that have signed free trade agreements with the EU.

We hope in the near future, more free trade agreements will be signed between the EU and the remaining eight Asean member states.