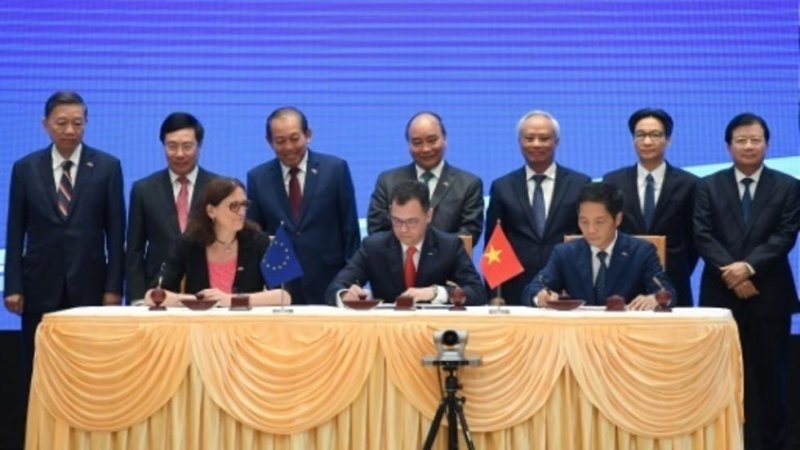 HANOI (Reuters) —Vietnam this week adopted an amended Labor Code that allows the formation of independent trade unions at the grassroots level and raises the retirement age to cope with an imminent labor shortage.

The Communist-ruled country has one of Asia’s fastest growing economies driven by robust foreign investment and exports largely produced by labor-intensive industries.

The adoption of the law, hailed by the U.S. Embassy in Hanoi as "historic legislation," is expected to pave the way for the ratification of several free trade agreements Vietnam has signed, including one with the European Union.

The National Assembly, the country’s lawmaking body, ratified the amended Labor Code on Wednesday. It will take effect in 2021.

Allowing the formation of the independent trade unions is aimed at "protecting the interests of laborers," the Ministry of Labor said in a statement earlier this week.

The ministry said the move will also facilitate Vietnam’s efforts to integrate further into the global economy.

The Southeast Asian country has one of the most open economies in the world, having signed more than a dozen free trade agreements, including an 11-country CPTPP deal that will slash tariffs across much of the Asia-Pacific.

Labor issues had often topped the negotiation agendas for these free trade deals.

The EU signed the landmark free trade deal with Vietnam in June. The agreement, which includes a chapter on sustainable development, such as implementing international standards on labor rights and the Paris climate accord, still needs the approval of the European Parliament.

"These new provisions demonstrate a significant commitment to advancing the protection of labor rights," the U.S. embassy statement said.

Under the new legislation, the retirement age of men will be gradually raised by two years to 62 by 2028, while that of women by five years to 60 by 2035, according to the copy of the new law.

The adjustment of the retirement ages, according to the labor ministry, is aimed at avoiding an imminent labor shortage from 2040 as Vietnam’s population continues to age rapidly.

At present, companies shifting manufacturing to Vietnam amid a trade war between Washington and Beijing are engaging in a fierce battle for skilled labor, aggravating an existing shortage and prompting calls for education reforms to address the problem.