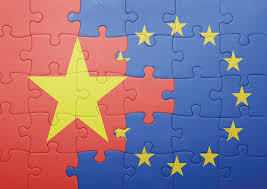 HCM CITY — Most Vietnamese enterprises lack awareness about free trade agreements (FTAs) the country plans to sign with other countries, especially the EU-Việt Nam Free Trade Agreement (EVFTA), according to a survey.

Of 45 surveyed enterprises, including 15 FDI enterprises, only 11 enterprises learned about the EVFTA on their own, according to the survey conducted recently by the Việt Nam Chamber of Commerce and Industry’s (VCCI) HCM City Branch.

One enterprise found out about the EVFTA from State agencies, 19 from mass media, and two from business associations.

Most enterprises did not learn about the EVFTA until 2015 when the agreement had nearly finished discussions, according to the survey.

In addition, many exporters to the EU found out about the EVFTA only when trade and investment discussions were finalised.

Legal reviews for the EVFTA began after negotiations concluded on December 2, 2015.

Việt Nam and the EU recently finished the legal review process for the EVFTA, and also reached consensus on a separate deal on bilateral investment protection.

The tax incentives under the EVFTA are expected to bring great benefits to Vietnamese industries and products, according to Trần Tuấn Anh, minister of Industry and Trade.

Under the EVFTA, up to 99 per cent of EU tariffs will be removed for Vietnamese products.

Việt Nam’s exports to the EU are estimated to rise by 4-6 per cent thanks to the deal.

Increasing competitiveness and value chains with partners will improve investment efficiency of enterprises.

To reap the benefits, businesses should seek advice and support from the Government, while small- and medium-sized enterprises should study the market and create high-quality products, Anh said.

Businesses should also meet the requirements on the origin of products, as well as technical and safety standards.

Nguyễn Đình Cung, director of the Central Institute for Economic Management (CIEM), said the trade agreement would bring great benefits to Việt Nam, as it is estimated it would generate an additional 2.5 per cent to the country’s GDP by 2020, and 4.6 per cent by 2025.

The agreement is expected to increase Việt Nam’s exports to the EU, while creating new jobs for the Vietnamese, especially in rural and agricultural areas.

The EU is now the third largest trade partner of Việt Nam and one of the country’s two biggest export markets.