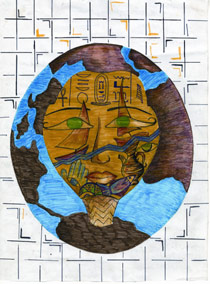 In one recent example, Egypt was sued by the French multinational Veolia for raising the minimum wage.

What does the TTIP really mean for workers?

As public awareness increases about the Transatlantic Trade and Investment Partnership (TTIP), an EU-US trade deal being negotiated behind closed doors, so too do concerns about its potential impact.

Along with doubts about the supposed economic benefits of the deal, there are serious concerns among trade unions and civil society organisations about what the deal will mean for workers on both sides of the Atlantic.

Negotiations over the treaty began in July last year. The European Commission says the treaty will promote economic growth and create jobs. The most commonly cited figure, from research done on behalf of the Commission last year, is that the EU’s economic output could rise by 0.5 per cent by the year 2027 as a result of the deal.

This figure however has been dismissed as “misleading” by independent researchers.

If passed, the bill will have “enormous implications” for workers regarding employment policy, social security, environmental protection, occupational health and safety protection and the protection of minority rights, according to the European Trade Union Confederation (ETUC).

There are particular concerns about a set of controversial rules expected to be included in TTIP, which would give large corporations the ability to sue national governments in secretive offshore courts.

Within similar treaties worldwide, these investor-state dispute settlement (ISDS) rules have already been successfully used by corporations to sue governments in cases where they feel they have not had “fair and equitable” treatment.

The inclusion of these rules under TTIP, campaigners say, opens the door for corporations to sue EU governments whenever national regulations are changed in any way that impede a corporation’s “right to make profits” – and this includes labour standards.

In one recent example, Egypt was sued by the French multinational Veolia for raising the minimum wage.

“The legitimacy of the unaccountable ISDS mechanism has repeatedly been called into question,” says Bert Schouwenburg, International Officer for GMB, Britain’s General Union.

“This is because it takes away the ability of member states to decide what should stay in the public sector, and hands power to unelected and unaccountable corporations.”

This, Schouwenbourg says, is something that should be prevented.

“We know from the tax avoidance scandals what these corporations do when given free reign.”

He said such dispute cases are usually heard in secret and “arbitrated by a relatively small group of unaccountable specialist lawyers whose impartiality has been called into question.”

ETUC Special Adviser Tom Jenkins told Equal Times: “Certainly ISDS is one of our preoccupations. One of the big issues for us is that corporations should not be able to bring democratic decisions into question.”

Jenkins explained that pressure from civil society groups has led to the European Commission agreeing to a consultation on ISDS, which began this month.

The ETUC and other trade unions are also questioning the credibility of claims made by the European Commission about jobs and growth under the new treaty.

“The opening of trade can create jobs, but on the other hand, we have concerns that the studies on which the European Commission has based their TTIP analysis are open to question,” said Jenkins.

Some campaign groups have completely rejected the European Commission’s analysis.

“There have already been a number of critical assessments of the numbers the European Commission uses to back up their claims of economic growth, and it turns out to be hot air,” said Olivier Hoedeman, Research and Campaign Coordinator at Corporate Europe Observatory.

“It’s really propaganda. Unfortunately, those figures are being taken quite seriously,” he continued.

“It’s tempting to believe it when you hear that a trade agreement will miraculously create all these new jobs and all this income, but the reality is there aren’t a lot of facts to back up this statement.”

John Hilary, Executive Director of the anti-poverty charity War on Want, said that the treaty could actually lead to a “massive loss of jobs.”

“In their own impact assessment, last year in March, the European Commission said absolutely clearly that they recognise there will be ‘prolonged and substantial dislocation’ of jobs under TTIP,” he told Equal Times.

“So people are going to lose their jobs in one sector, even if there may not be jobs in another sector.”

“Even if there may be gains for the big corporations, free trade agreements of this sort have always brought massive job losses.”

Hilary cited the NAFTA free trade agreement between Mexico, Canada and the USA as a prime example.

“A study which was done in 2006, 12 years on from the introduction of NAFTA, and remains the biggest study of its kind, said that basically US trade unions have been fed false promises.

“Instead of hundreds of thousands of extra jobs being created, there’s been a net loss of over a million US jobs,” he said.

“Meanwhile the great promise to the Mexican trade unions was that, while it may harm the Americans, Mexico will do really well out of it. But of course what happened was that Mexican subsistence farmers lost about two million jobs because they were wiped out by competition from big agribusiness in the American Midwest,” he continued.

“The idea there’s a positive or even a zero-sum equation here – that someone will lose out but others will gain – is simply not true.”

The ETUC has raised concerns about what it calls “violations of fundamental labour rights” in the US, “notably on the right to organise and negotiate collectively, and particularly but not exclusively, in Right to Work states”.

As well as affecting trade unions, Hilary said, the relatively low labour standards in the 24 US states which currently have ‘Right to Work’ laws in place could have wider implications.

“As we know in those states labour costs are cheaper, people are getting far less in terms of their wages, their pensions and all of their other auxiliary benefits such as healthcare, which makes it cheaper for companies to produce, so you could find that you have people trading out of those states and so being able to undercut prices in Europe.”

“But there’s also the possibility of European companies relocating through investment, setting up plants in Right to Work states, so they won’t have to meet any of the labour standards that we have in Europe,” he continued.

“It’s just another step in the race to the bottom.”

Jenkins said the ETUC is pushing for the inclusion of a labour chapter and enforcement mechanisms in the treaty, hoping to create what they call a “gold standard” agreement which would ensure “the improvement of living and working conditions on both sides of the Atlantic and safeguards from any attempt to use the agreement to lower standards.”

The American Federation of Labor and Congress of Industrial Organizations (AFL-CIO) agrees with the ETUC that the goals of the TTIP should include full employment, decent work, and rising standards of living for all, and should not allow deregulation.

But Hilary thinks there is “absolutely no chance” of raising standards through the treaty.

“There is no possibility of turning around a free trade agreement which is specifically designed to lower standards and reduce barriers to business, to make it into something which is good for labour,” he said.

“TTIP offers benefits to business, because that’s what it’s designed to do, but that doesn’t in any way mean it’s going to offer benefits to workers.”