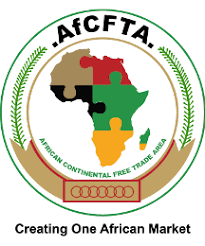 The African Continental Free Trade Area (ACFTA) will be launched on 7 July 2019 in Niamey, Niger, by the Heads of State and Government at an extraordinary summit of the African Union.

The Agreement entered into force on 30 May 2019, within 14 months after its signature on 21 March 2018 in Kigali. It was negotiated in just over two years.

This impetus towards closer economic integration is poised to change Africa forever. The entry into force of the ACFTA is a truly momentous event.

The irony is stark, that amidst current global trade wars, Africa is now the torch bearer of multilateralism and open economies.

However, African economic integration is developmental integration, designed to promote structural transformation, rather than being a traditional FTA obsessed primarily with market liberalization.

There has never been a better time to invest and trade in Africa. With a combined GDP of US $ 6.7 trillion in purchasing power parity, business and consumer spending at US $ 4 trillion, over 400 companies with revenues of over US$ 1 billion, 60 per cent of the world’s arable land and vast strategic minerals, Africa has truly taken off.

For African political, private sector and intellectual leadership, the call of duty now is to ensure that this trajectory is irreversible, and that decent jobs and incomes are equitably generated from increasing trade and investment.

We should harness this crop and build a sustainable intergenerational institutional memory for Africa that will keep the impetus into the future. We must enhance capabilities to continuously make what seems impossible very easily possible.

Now is the time for the young to know what pan Africanism means: I am not free until everyone is free. We must have the Africans We Want, in order to build the Africa We Want; that is, a free, prosperous and peaceful Africa.

This euphoria though must have the realism to galvanize the required immediate actions before the launch of ACFTA, if it is to work.

Before trade can actually happen under ACFTA, the following should be in place: trade documents, tariff schedules, rules of origin and a system for addressing non-tariff barriers.

Countries need to be able to issue and process especially the new ACFTA customs declarations and certificates of origin. And the private sector including the logistics industry needs to be familiar with and have confidence in these documents.

This is in addition to the universal trade documents, and product-specific regulatory documents, especially for agricultural and chemical products.

Tariff Schedules should be in place. Without them, one would not know the payable customs duties under AFTA on the 5,000 or so tradable products.

Bilateral negotiation of tariff offers would be too complex and take an overly long time. Every Member State/ customs territory should therefore just produce a Tariff Schedule without further delay, covering 90 per cent of the products on which the tariff phase down is to commence immediately.

In addition, the principle of acquis should be used. It means that the Member States in existing FTAs in the regional blocs do not have to re-negotiate anything anew among themselves. This should be harvested into ACFTA, on the basis of the agreed principle of preserving and building on the acquis.

The EAC-SACU tariff negotiations have been finalized within the COMESA-EAC-SADC Tripartite Arrangement. What has been agreed there can also be harvested into AFTA, so that there are no new negotiations between EAC and SACU for the ACFTA Tariffs.

These two approaches – of producing Tariff Schedules indicating a phase down to zero per cent customs duty over the relevant transition periods, and of harvesting the acquis – can produce Tariff Schedules in time for the launch of AFTA on 7 July in Niamey.

In rules of origin, a critical number has been agreed, which is sufficient for launching AFTA. More progress can be made right away, however, if the rule of thumb could be agreed, setting the value of non-originating material at 60 per cent. This will promote local content, back and forward linkages and value chains in African economies.

Other complementary requirements include a regional payment system that could build on current mobile payment solutions as well as the COMESA and SADC payment systems.

These are already in use and owned by stakeholders; and a Continental trade portal called the African Trade Observatory, which could build on highly successful national portals around the continent.

In addition, trade facilitation programs should be appropriately prioritized. Time-related costs, arising from delays, are significant, estimated at over 90 per cent of transport costs. Customs related delays result in a loss of about 23,000 jobs annually in Africa. Trade Mark East Africa (TMEA), has accordingly invested over US $500 million in trade facilitation projects in Eastern Africa.

If the route of long bilateral tariff negotiations is taken, AFTA can in the meantime be projected as a Free Trade Area for Trade Facilitation and not for elimination of customs duties. While this would be quite a novelty, it would make perfect sense, in reducing the cost of doing business in Africa, which is highest in the world.

Twenty four countries have ratified AFTA within a record period of 14 months. While impressive, this is still less than half of the 55 Member States of Africa. The high momentum on ratification should be sustained, even scaled up, driven by pro-active political leadership provided by the Heads of State and Government with the support of the African Union Commission’s Ambassador Albert Muchanga, the Commissioner for Trade and Industry.

There is quite some concern about revenue losses from tariff liberalization, estimated at US $ 4 billion or up to 3 per cent of GDP. The Afrexim Bank has therefore mobilized US $ 1.5 billion, and the World Bank also the same amount, to support countries through loans. The Afrexim facility will be on a cost recovery basis, and not profit based.

The Afrexim Bank has established also the MANSA program, to assist in credit rating and de-risking, with a data set of 600,000 companies already. The name derives from the legendary Mansa Musa of the old Malian empire.

In conclusion, then, the African Continental Free Trade Area is here. It changes the political and economic geography of Africa forever.

It carries the promise of a much rejuvenated Africa on a high economic growth path, for social economic transformation. The eternal challenge that will remain is to duly implement and utilise it. Leadership in the public, private and academic sectors is required. Africa needs you.