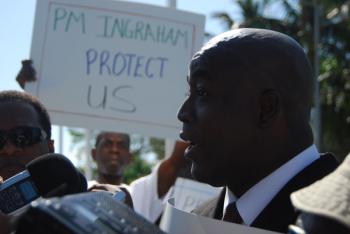 Whatever happened to the EPA?

Remember the Economic Partnership Agreement (EPA) signed in Barbados in October 2008? Despite the huge regional controversy that ensued after it was agreed, it is now almost impossible to find anything in the public domain about its present status, despite the fact that some of the deadlines for implementation have already passed.

For those who do not remember, the EPA is intended to be a development-oriented free trade arrangement under which Europe agreed to open its market to all Caribbean goods and most services on January 1, 2009. In return, Cariforum (Caricom and the Dominican Republic) agreed to progressively open around eighty per cent of its goods and services market.

The idea was that agreement would encourage the public sector to create an enabling environment in which the private sector might increase their competitiveness and global outreach in trade so that the region would be better integrated into the world economy and able to prosper.

In reality the EPA has hardly progressed. Instead, inter-regional rivalries, personality clashes, the recession, a lack of commitment by some governments, widespread doubts about neo-liberalism fuelled by the global economic crisis, and a stalled regional integration process, have all impeded progress towards implementation.

Central to the process moving forward is the formation of four EPA institutions and in particular the Joint Cariforum EU Council of Ministers, without which the approval of the key EPA working institutions and procedures cannot be agreed or regional funding drawn down.

Although a first joint Council of Ministers meeting was expected to take place in December 2009 or early 2010 there is little sign of it being convened in the immediate future. This is principally because fundamental differences have still not been resolved between Caricom and the Dominican Republic.

These centre on the desire of the latter to see the institutional arrangements for the EPA be delivered by a body more dynamic and representative of the wider region than Caricom. It is also a reflection of the Dominican Republic’s desire to have Caricom extend to it regional preference in line with the EPA’s requirement that all signatories are granted no worse treatment on tariffs than they extend to the EU. This is problematic for some in the anglophone Caribbean who see Caricom’s larger neighbour as an economic threat, despite having agreed to the language in the EPA.

At other levels too progress has been painfully slow.

The EPA implementation unit in Caricom is only just coming into being with support from the Caribbean Development Bank-administered CART Fund through which Britain’s bilateral aid for trade commitments under the EPA are managed, while the road map for EPA implementation remains under discussion with the EC.

What money there is to support the preparatory process from the European Development Fund (EDF) through the 10th EDF will be channelled through the bureaucratic and slow disbursing regional and national mechanisms controlled from Brussels. However, since the funds intended for the delivery of the regional EPA programme require a meeting of the Joint Council to first set the direction, nothing practical can happen in this respect until Cariforum’s institutional problems are resolved.

Just as problematic is the fact that additional aid for trade funds from EU member states look unlikely to materialise and the much vaunted EU promise of discretionary bilateral EPA support seems set to come only from Britain and Germany.

At a national level only Barbados, the Dominican Republic and Jamaica have set up EPA implementation units. Antigua is expected to do so soon, with external support, while in the Bahamas this process is only just beginning following their delayed signing of the EPA. What is happening elsewhere is far from clear.

As for the regional private sector, there is a sense that for the most part, it is waiting for something to happen or information or leadership to come from government. In the region, in sectors other than services and newer specialist manufacturing of niche products, there is the same disinterest in accessing the EU market that has existed for years.

Even before the global recession took hold, regional fragmentation, economic instability and a lack of long-term direction made most Caribbean economies other than the Dominican Republic, Trinidad and perhaps Barbados of limited attraction to major external investors in sectors other than tourism. Much the same was and is true of interest among exporters in Europe in the market opening the Caribbean has committed itself to, other than in relation to the region’s larger economies.

All of which would seem to suggest that any economic value the EPA may have to the region is likely to be confined to the region’s larger economies – the Dominican Republic in particular – or any nation that can seriously develop their services sector and new high value manufacturing industries.

All this might not matter too much given the currently weak appetite in Europe and the Caribbean for developing new business and the absence of any foreseeable progress in the Doha Round.

However, EPA implementation coincides with Europe negotiating bi-regional trade agreements with the nations of Latin America as a part of a broader set of association agreements. The first of these is expected to be concluded in May with the Andean nations of Peru and Colombia; then with Central America; and in time with Mercosur. The effect will be to give these nations similar levels of access to the EU market as the Caribbean, and cause the Caribbean to find itself before long in competition with nations that have business communities that are significantly more aggressive than those of the anglophone Caribbean.

All of this is also happening as the Caribbean is negotiating with Canada a free trade agreement that is more than likely to be an EPA equivalent in most respects, and could well cause turmoil if it also turns out not to have a quantifiable development dimension.

The failure to make rapid progress in implementing the EPA was as predictable as the inter-regional fault lines that are now emerging. The European Commission is as culpable in forcing through an arrangement on a far from mature integration process as are Caribbean governments for agreeing to measures that did not match the regional economic or political reality. The danger is that while the region prevaricates, neighbours in Latin America will eclipse any new opportunities that may exist for the Caribbean in Europe.