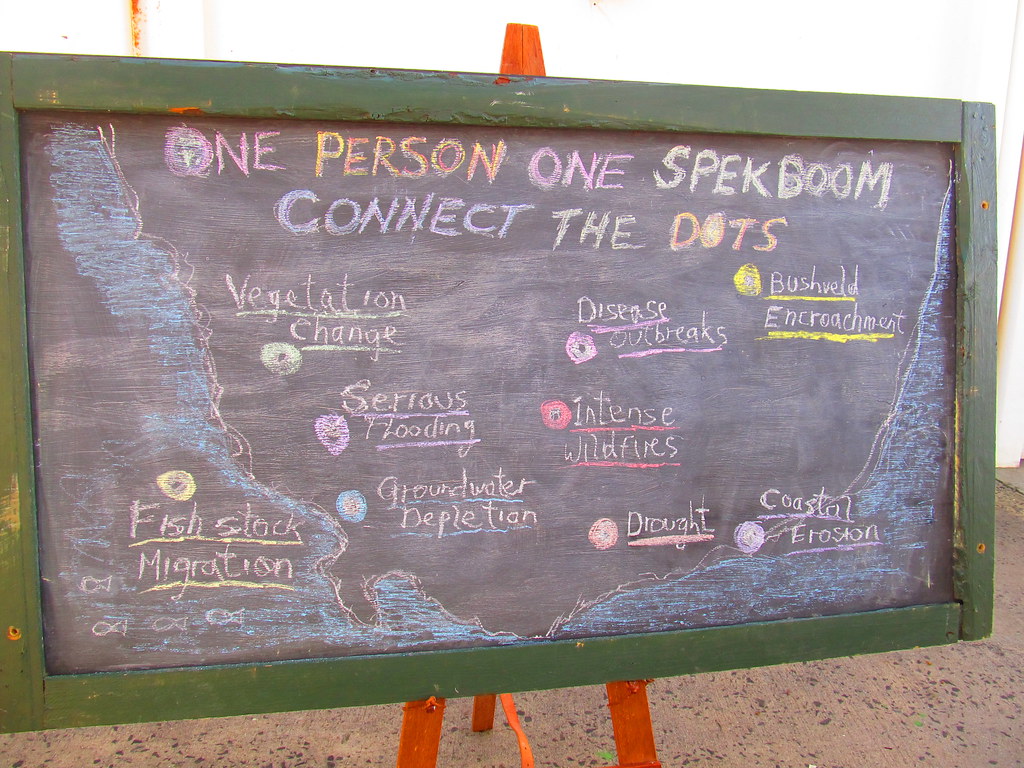 When free trade is not free

The devastating effects of the global climate crisis are becoming ever more clear, and the necessity of rapid action ever more urgent. A continuation of the status quo is guaranteed to result in climate disaster, and climate change mitigation requires a drastic decarbonisation of the global economy. Most crucial is a rapid transition to renewable energy, given that the largest share of greenhouse gas is emitted through the burning of fossil fuels.

But this transition cannot come at the cost of sacrificing the livelihoods of the working classes worldwide that are dependent upon fossil fuel production. To ensure a just transition that not only prevents job losses, but creates countless new jobs, states must reject free trade and adopt industrial policy strategies that will drive wage-led, low-carbon industrialisation through local production of renewable energy technologies.

Former minister of finance Trevor Manuel says “the problem is not that international trade is inherently opposed to the needs and interests of the poor, but that the rules that govern it are rigged in favour of the rich”.

Trade agreements since the 1990s have locked states into the paradigm of free trade, which relies on the lowering of all barriers to trade, most particularly tariffs. This paradigm is based on the principle of national treatment, meaning that states must treat foreign goods, services, and intellectual property the same as they treat domestic products. National treatment is a basis for almost all trade agreements, from the World Trade Organisation (WTO) to the African Continental Free Trade Agreement (AfCFTA).

Localisation is almost entirely banned, preventing states from using the industrial policies that would allow them to produce new local industries, including renewable energy technology manufacturing. This is most directly illustrated by the WTO banning India from introducing even minimal domestic content requirements in state procurement of electricity. Despite its name, free trade therefore limits the policy space available to states worldwide, locking them into market-based trade and industrial policies.

Historically states have industrialised through protection of their strategic infant industries coupling this protection with state investment, subsidisation and localisation to allow industries to grow and serve domestic interests, before being opened to the vagaries of global competition. The free trade paradigm has removed states’ ability to pursue such policies, in what some have described as developed countries kicking away the ladder of development and industrialisation. Rich, already developed countries are therefore favoured through these agreements, which ban the measures that would allow other countries to develop and industrialise.

Not only do trade agreements regulate the tariffs and external trade policies of sovereign states, they intervene in determining states’ possible internal industrial policy options. Subsidisation contingent upon domestic content requirements, long a feature of successful industrialisation programmes, are banned in the agreements of the WTO, AfCFTA, various bilateral treaties and inter-bloc free trade areas. By lowering the cost of production for goods produced domestically, this form of subsidisation can drive the creation of local value chains and form new industries along all points in these chains. Trade agreements allow subsidies, but not those that require domestic content. A Canadian feed-in tariff programme, constituting a subsidy, that required locally produced equipment was found to be illegal in 2013, illustrating that even market-based localisation strategies are hindered by trade agreements.

Free trade tightens intellectual property rights, severely restricting access to the technologies that must be rolled out in large scale to avert climate catastrophe, while favouring the profits of the handful of corporate entities that monopolise renewable energy. The WTO’s Agreement on Trade-Related Aspects of Intellectual Property Rights (TRIPS) lays out a global baseline for the intellectual property rights of all WTO member states. Many regional and bilateral agreements stipulate stronger and longer intellectual property protections, often known as TRIPS-Plus arrangements. A rapid rollout of renewable energy would necessitate technology transfer and reverse engineering, forced if necessary. But such measures, although required for a just transition, would run afoul of numerous trade agreements, potentially leading to retaliatory trade measures.

These intrusions into state policy space prevent the industrialisation strategies necessary in bringing about a low-carbon reindustrialisation. But alternatives do exist, if the political will to reject free trade can be mustered. The Covid-19 pandemic has highlighted the inequities of the global trade regime as it relates to access to healthcare. Numerous states and civil society organisations have called for a waiver of TRIPS regulations through the national emergency exception, which would allow for the production and distribution of inexpensive generic vaccines. The global climate crisis potentially constitutes an even bigger emergency that threatens health and livelihoods around the world. There must therefore be a sustained effort by social movements, organised labour, and states to enact a TRIPS waiver for renewable energy technology.

A TRIPS waiver would allow immediate technology transfer, sharing the designs and trade secrets necessary in mitigating the worst effects of the climate crisis. But although crucial, this waiver must be thought of only as a starting point. A true just transition will require a wholesale rejection of restrictive trade agreements, including but not limited, to intellectual property restrictions. States must be allowed the industrial policy tools that have been proven to build industrial capacity and create jobs.

In fighting the global climate crisis, renewable energy technology must be rolled out at large scale, requiring that it be built around the world. But the localisation of this manufacturing will not occur by itself, it will require intentional state intervention through industrial policy. Trade agreements have effectively banned the localisation, technology transfer, and protection of key industries that will be required in tackling the climate crisis in an equitable manner through a global just transition. If the states of the world take seriously their own rhetorical commitments to climate change mitigation, job creation, and sustainable development, they must reject the free trade paradigm, taking back the sovereign policy space necessary for a low-carbon reindustrialisation.

Jonathan Cannard is a researcher at the Alternative Information & Development Centre in Cape Town, working on international trade, Eskom, and organised labour responses to both climate change and unemployment.