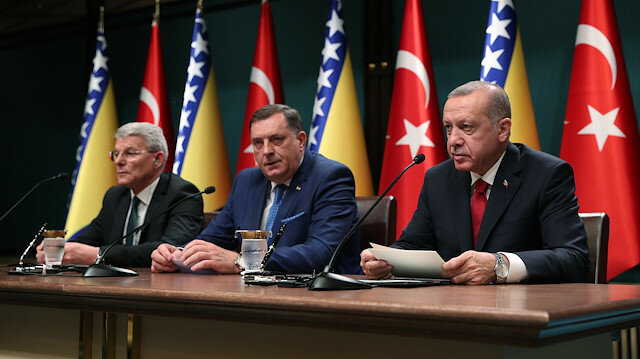 When will the Free Trade Agreement between Bosnia and Herzegovina and Turkey signed?

Bosnian Minister of Foreign Trade and Economic Relations Stasa Kosarac met on Monday in Sarajevo with the newly appointed Ambassador of Bosnia and Herzegovina to Turkey Adis Alagic, and discussed possibilities for enhancing cooperation between the two countries.

The interlocutors agreed that it is important to develop bilateral cooperation between BiH and Turkey, and pointed out the importance of economic diplomacy in order to establish more efficient foreign trade between BiH companies and Turkey.

The signing of a free trade agreement between BiH and Turkey was also discussed at the meeting. Minister Kosarac reminded that the document is currently in the procedure in the institutions of BiH, estimating that the free trade agreement would improve the foreign trade turnover between the companies from BiH with the Turkish companies.

The Minister informed Ambassador Alagic about the beef exports from BiH to Turkey, focusing on the request to increase the quota by an additional 2.000 tons by 2020, which would make the open quota 5.000 instead of the previous 3.000 tons.