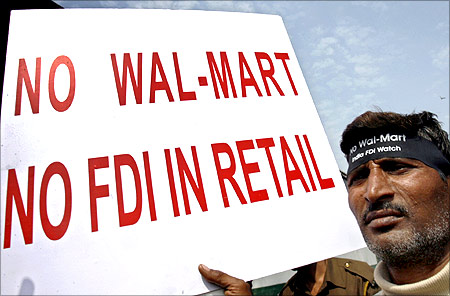 Why India is not joining trade in services agreement

Tisa has three contentious clauses—standstill, ratchet and MFN-forward—that India thinks are detrimental to the interests of developing countries

New Delhi: Even though India has been insisting on negotiating services agreements in all ongoing bilateral trade agreements, including the Regional Comprehensive Economic Partnership, to tap its rapidly growing young skilled workforce, it has so far desisted from joining a plurilateral trade in services agreement (Tisa) being negotiated among 24 countries.

Launched in April 2013, Tisa aims at opening up markets and improving rules in areas such as licensing, financial services, telecom, e-commerce, maritime transport, and professionals moving abroad temporarily to provide services. Together, the negotiating countries, including the US and the European Union, account for 70% of world trade in services.

Tisa has three contentious clauses—standstill, ratchet and MFN (most favoured nation)-forward—that India thinks are detrimental to the interests of developing countries. ‘Standstill’ binds the current level of domestic liberalization in services that a country cannot reverse in future. ‘Ratchet’ implies that future domestic policy changes by a member country will also automatically get committed under Tisa, while ‘MFN-forward’ means any future concession given to a trading partner under a bilateral treaty will automatically get extended to other members of Tisa.

“These three clauses for a developing country like India are difficult to commit because our policies are still evolving. We cannot bind ourselves in a situation where the domestic policy space is completely taken off,” said a government official, on the condition of anonymity.

But it appears India does not want to miss the bus on growing opportunity in trade in services either. It has recently made a unilateral preferential market access offer for services suppliers from the poorest countries at the WTO (World Trade Organization) to mount pressure to push for a multilateral agreement on services.

The offer also includes access to project management services other than for construction, hotel and other lodging services, travel agency and tour operator services and a quota of 250 tourist guides in non-English foreign languages. New Delhi has announced that it will waive the visa fee for applicants from these countries applying for Indian business or employment visas. High visa fee in industrialized countries is one of the biggest barriers for services suppliers from poor nations.

As part of the Bali ministerial declaration, trade ministers had directed industrialized countries and developing countries to indicate what they are willing to offer to LDCs (least developed countries) on services trade. Offers from countries like India is likely to be taken up for discussion at the Nairobi ministerial of WTO members later this year.

Services contributed 53% to India’s economy in 2013-14, according to the latest estimates. India’s annual export of services is pegged at $160.4 billion in 2014-15, while the export of merchandise stands at $310.5 billion during the same year.

To boost its services exports, which is currently dominated by information technology (IT) and IT-enabled services (ITeS), India has been organizing services conclaves for the last few years. India is also trying to make executive and legislative changes to domestic services regulations in the fields of law, education, healthcare and logistics to improve competitiveness and boost exports.