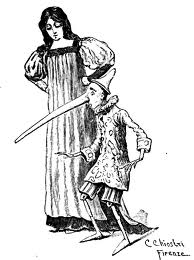 Why is it so acceptable to lie to promote trade deals?

It’s not polite to use the "L" word here in Washington, but it’s hard not to be more than a bit disgusted with the frequency with which trade pacts are sold as great engines of job creation and economic growth, when they clearly are not. The latest offender in this area is Bruce Ackerman, a Yale Law professor.

This TTIP trade deal is primarily about imposing a set of regulations on both continents, some of which may be improvements, but many of which will be designed to serve the business interests who are in on the negotiations.

In a Washington Post column Ackerman called on President Obama to push for the Transatlantic Trade and Investment Pact (TTIP), which he described as, "opening the path for job-creating opportunities for workers on both continents." Really, what evidence does Professor Ackerman have for this assertion?

The most widely cited projections for the growth impact of the TTIP are from the Centre for Economic Policy Research in London (no connection to my CEPR) which shows the pact leading to an increase in GDP of 0.4 percent in the U.S. when its effects are fully felt in 2027, and 0.5 percent in the European Union. The analysis explicitly says that it will not lead to more jobs since the models are full employment models. It may lead to somewhat higher wages, but it is not a way to employ the unemployed. Furthermore, the discussion notes that in the transition, some workers may end up unemployed as the economies adjust to the new rules.

Implying that a deal that raises GDP by 0.4 or 0.5 percent 13 years out means "job-creating opportunities for workers on both continents" is just dishonest. The increment to annual growth is on the order of 0.03 percentage points. Good luck finding that in the data.

In addition, there are reasons to believe the growth effect could go in the opposite direction. The model used by the London CEPR does not assume any negative growth impact from higher prices for drugs or other goods that might be more costly due to stronger patent and copyright protections coming out of the deal.

These will likely be a drag on growth. Economists tend to like patents and copyrights (probably because their friends and family members benefit from them), but that doesn’t change the fact that they lead to market distortions and have major economic costs. If the price of a drug rises by 1000 percent because we imposed stronger or longer patent protection it has the same effect in the market as if we imposed a 1000 percent tariff on the drug.

Markets are stupid, they don’t realize that the price increase was caused by a policy that economists support in contrast to a trade policy they oppose. They respond the same way in both cases. While we don’t know how much increased patent and related protections will raise prices as a result of these deals, but there is no doubt that the direction is up. And that will slow growth in a way that is not accounted for in the CEPR analysis. (Yes, higher prices give more incentive for innovation. If you find evidence that this ends up as a net positive for the economy, you get a Nobel Prize and huge bucks from the pharmaceutical industry.)

Reducing trade barriers can lead to increased economic growth and gains for consumers and workers, however the barriers between the U.S. and Europe are already very low in almost all cases. This means that the potential for further gains are limited. This deal is primarily about imposing a set of regulations on both continents, some of which may be improvements, but many of which will be designed to serve the business interests who are in on the negotiations. They hope to accomplish through a "trade" deal what may not be possible through the normal democratic process. And they won’t hesitate to sell this backdoor sleaze as a "job creator."