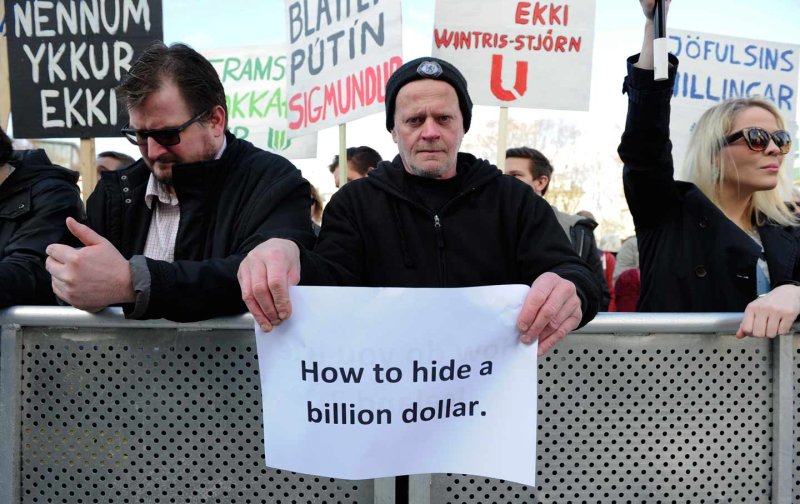 Why the Panama Papers should be a US election issue

The massive fallout from the Panama Papers investigation – the largest leak of documents in history, which has exposed the tax affairs of the world’s most powerful people – is being felt globally. (The investigation has already captured its first head of state, in the prime minister of Iceland, who resigned on Tuesday.) Yet, so far, the reaction in the US has been muted.

It shouldn’t be. While the investigation has not named any well-known US citizens – though “just wait for what is coming next”, as one of the lead editors said – the scandal should be a critical issue in US presidential election. This is especially true in the Democratic primary, where the story once again calls into question free trade agreements which the party’s elite have been pushing on its rank-and-file for years.

What makes this story particularly relevant is that it was partly predicted by Bernie Sanders when the Obama administration signed the Panama free trade agreement in 2011.

At the time, Sanders gave a prescient speech warning of the exact kind of scandal exposed by the Panama Papers. As Congress was debating the deal, Sanders said on the House floor: “Panama is a world leader when it comes to allowing wealthy Americans and large corporations to evade US taxes by stashing their cash in offshore tax havens. And the Panama free trade agreement would make this bad situation much worse.” (The speech is now going viral on Facebook.)

The Panama free trade agreement, of course, ended up being implemented, in large part due to strong support by Barack Obama and then secretary of state Hillary Clinton. As David Sirota has reported, the emails of a Clinton aide show that the State Department knew of the concerns that Panama would become even more of a tax haven that it already was but continued to push for the deal anyway.

But with or without the Panama free trade deal, using foreign tax havens to store vast amounts of wealth has been an American tradition for decades. And as Glenn Greenwald wrote, much like the Snowden revelations, the true scandal of the Panama Papers is not what’s illegal, but what has been legalized.

The Justice Department is reportedly reviewing the leak for any potential leads. A Treasury spokesman said on Tuesday: “The US Department of Justice takes very seriously all credible allegations of high level, foreign corruption that might have a link to the United States or the US financial system.” But one wonders what the chances of any actual prosecution are, given that, in many cases, US individuals and corporations already have the green light to do exactly what much of the world’s public is so upset about right now.

As Vox’s Matt Yglesias wrote on Monday: “Incorporating your hedge fund in a country with no corporate income tax even though all your fund’s employees and investors live in the United States is perfectly legal. So is, in most cases, setting up a Panamanian shell company to own and manage most of your family’s fortune.”

It remains to be seen whether any well-known US politicians will end up caught in the Panama Papers’ web. But individual corruption is really beside the point. Politicians are complicit in this scandal whether they are named or not. For years, they have accepted campaign donations from the country’s largest corporations and wealthiest individuals, who have a vested interest in preserving tax havens. In return, they’ve made sure that any wealth parked overseas stays far out of the reach of US law enforcement.

In every election, there is vague talk of “closing” tax loopholes and ending offshore tax hideouts. Soon afterward, however, those issues are conveniently forgotten. This time it should be different – not least because there is a candidate campaigning to be president who warned of exactly this scenario.