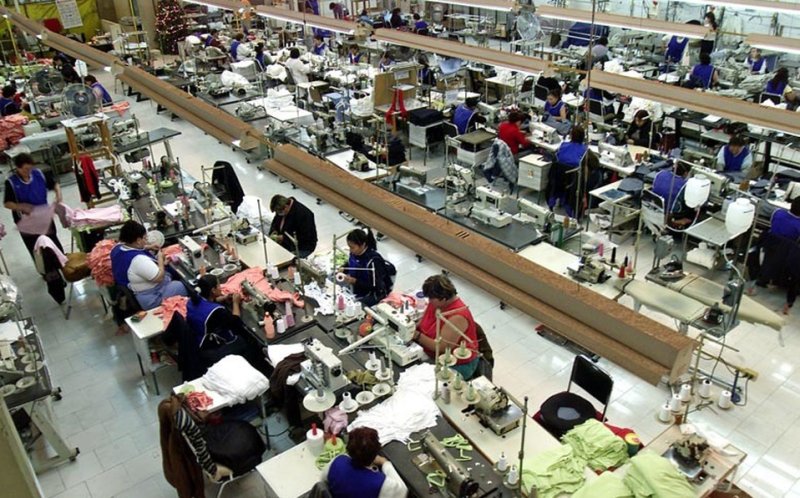 Will the new NAFTA make the pandemic worse for Mexicans?

In the debate over the U.S. Mexico Canada Agreement, the new trade treaty replacing NAFTA that went into effect on July 1, many promises were made about the effectiveness of its labor protections. Supposedly, they will protect the labor rights of Mexican workers, which will free them to push for better wages and conditions.

These promises are reminiscent of those made when the original NAFTA was debated over a quarter of a century ago. At the time, its corporate backers insisted it would lead to prosperity for workers and farmers, who would no longer be obligated to leave home to find work in the United States.

Whether the old treaty created better conditions—for workers in the maquiladora factories on the border, for Mexican migrants toiling in U.S. fields, or for farmers in the communities from which the migrants come—is more than an economic issue. In the era of the pandemic, the record of the old treaty must be examined to determine as well its responsibility for life and death. Did the changes it provoked make Mexicans more vulnerable to the virus? And because it continues the same economic regime, the new agreement cannot avoid raising the same questions.

The Impact on Mexico

NAFTA had a devastating impact on Mexican workers, farmers, and the poor, and its labor and environmental side agreements did nothing to protect them. The problem lies in the agreement’s purpose—to facilitate the penetration of U.S. capital in Mexico. By taking down barriers to investment and the activity of U.S. corporations, it instituted cataclysmic political and economic changes. The current trade agreement shares NAFTA’s purpose and will have the same impact.

The 1990 report by the U.S. Congress’ Commission for the Study of International Migration and Cooperative Economic Development recommended that the United States negotiate a free trade agreement with Mexico in order to deter migration. But even this report warned, “It takes many years—even generations—for sustained growth to achieve the desired effect,” and in the meantime would create years of “transitional costs in human suffering.”

Mexico’s “years of sustained growth” turned out to be a tiny 1.2-2 percent, whose benefits were reaped by a billionaire class that multiplied while real income for workers and farmers fell. The consequences were clearest in the displacement that suffering caused. It set millions of Mexicans into motion as migrants, which now exposes them to the virus.

Three million farmers were displaced by corn dumping, to allow U.S. corporations like Cargill and Archer Daniels Midland to take over Mexico’s corn market. Mexico lost its CONASUPO stores serving farmers and the poor, and Wal-Mart became the country’s largest employer. Waves of privatization, mandated to provide opportunities for banks and investors, cost the jobs of hundreds of thousands as Mexico threw open its economy. As investment increased, the income of Mexicans declined.

Investment had health consequences beyond unemployment. The prelude to COVID came in 2009, with the spread of the H1N1 virus, or swine flu. In Mexico some call it the NAFTA flu, because the agreement provided the vehicle for Smithfield Foods to fill the Perote Valley in Puebla with hog farms. The virus started in a valley town, La Gloria. Its source was the intense concentration of pigs and their waste. The waste from Smithfield’s U.S. operations was so considerable it led to prohibitions even by the conservative government of North Carolina.

By moving south Smithfield did not just escape environmental protections. It became so dominant that one of every four meals of pork eaten in Mexico now comes from this company’s farms and its imports from the United States. But 125,000 Mexicans lost jobs in pig farming in the process, and people got sick and died from the virus all over Mexico. NAFTA’s environmental side agreement did nothing to help the people of the Perote Valley stop the company’s depredations. The new USMCA makes no change in the Perote Valley and would do nothing to prevent a similar situation in the future.

The failure of NAFTA’s labor side agreement was even more complete. Not a single independent union won bargaining rights, nor a single fired worker reinstated, because of a NAFTA complaint. That abysmal record continues today. The Mexican miners union has been on strike at the huge Cananea copper mine since 2007. The treaty had no impact on regaining their rights. Instead, NAFTA’s freeing of investment to move across borders helped the mine’s owner. The wealthy Larrea family bought the ASARCO mines in Arizona, and forced the miners’ cross-border allies, the United Steel Workers, out on strike there as well. NAFTA’s goal of freeing investment didn’t guarantee labor rights; it jeopardized them. The new agreement has precisely the same goal.

Complaints of labor violations weren’t made just about Mexico. Some were filed over the violation of workers’ rights in the United States. A number were filed on behalf of Mexican immigrants, including the massive firing of immigrant workers during organizing drives by Washington apple workers and Maine egg farm workers. Cases were even filed against the U.S. government itself for denying immigrants protections under U.S. labor standards. None resulted in any concrete action. The side agreement’s last case was just settled this week, when seafood workers were told that their H-2B visa status did not protect them against discrimination because they are women. According to the Centro de los Derechos de Migrantes, in 2016 “we submitted a complaint under the NAFTA labor side accord, arguing systemic sex-based discrimination in guest worker programs.” Four years later, Mexico’s National Administrative Office assured the workers they could report any discrimination to ICE or read about their rights in brochures.

The forced migration of these workers, who today are endangered by COVID-19, was a product of NAFTA and its displacing impact in Mexican communities. The number of Mexicans forced to cross the border to find work went from about 4.5 million to 12.5 million in the NAFTA era. The Trump administration now seeks to channel that flow of people. It has cut off visas for family reunification, the achievement of the civil rights movement when it won the end of the bracero program and the passage of the Immigration and Nationalities Act of 1965. As a result of Trump’s recent orders, however, displaced people can now only come legally as H-2A guest workers in agriculture. Growers brought a quarter of a million of these workers into U.S. fields last year, and even more are being brought this year, in the middle of the COVID crisis.

The Southern Poverty Law Center called the H-2A program “Close to Slavery” in a report, and its abuses have been widely documented. NAFTA, while it produced this forced migration, had no impact on protecting the rights of migrants. The current trade agreement has no protection either. In the era of the pandemic, that can be deadly.

In March, over 70 H-2A guest workers were infected in the barracks of Stemilt Fruit Company in central Washington State because they are housed in crowded barracks, sleeping in bunk beds that make social distancing impossible. Yakima County, one of the main destinations for these H-2A workers, has the highest rate of infection of any county on the west coast. Yet Washington State told growers that putting those migrants into barracks with bunk beds was acceptable. Growers therefore don’t have to spend money on building new housing, although workers are paying the price. The old treaty offered no protection for them, and the new treaty will not protect them either.

The lack of effectiveness of either treaty in advancing the interest of workers is tied to the power imbalance between the United States and Mexico. Both NAFTA and the USMCA cement in place the relationship in which U.S. corporations dominate decisions in Mexico affecting Mexican workers. Recent struggles by workers on the border against the virus and poverty wages have made that clear.

One of the first acts by Andres Manuel Lopez Obrador (AMLO) after he was inaugurated president in December 2018 was to mandate the doubling of wages in the border factories. In Matamoros, tens of thousands of workers went on strike after their U.S. employers and Mexican partners simply refused to obey the law. The government, however, seemed afraid to use its considerable power to force maquiladora employers to comply.

When the COVID-19 crisis started, the Mexican government ordered U.S.-owned factories to stop production, many of them auto assemblers and plants in the Pentagon’s supply chain. Again, companies simply refused to comply until their own workers went on strike and forced them to close the doors. At least twelve people died in the Lear auto parts plant alone. Then the U.S. ambassador, the State Department, and the executives of big U.S. defense and auto corporations leaned on the government in Mexico City. AMLO folded under the pressure and allowed them to restart production, even though workers will get sick and die as a result.

The leverage that the agreements have given the United States is very disturbing. The growth of U.S. production in Mexico has made the Mexican government dependent on keeping that sector operating. This doesn’t just affect the past governments that were notoriously pro-corporate. Mexicans elected AMLO because he promised to end this neoliberal dependence and make life in Mexico more attractive for Mexicans. But the U.S. government and companies have been able to use their leverage to pressure him to reverse those promises. Trump threatened to shut the border and forced Mexico to agree to illegally keep applicants for asylum, including women and children, in camps. NAFTA provided no means to stop Trump from doing this, and the new treaty won’t do that either.

Now this popularly elected president is going to Washington to greet Trump before the election, hat in hand, desperate to see this new trade agreement implemented. But signing the new treaty and a White House visit are not creating friendship with Mexico. Instead, the celebratory visit is a bitter blow to Mexicans in the United States who have felt the sting of Trump’s rhetoric.

“Trump conditioned his support for the USMCA on Mexico keeping quiet and taking in thousands of deported Mexicans, putting their sons and daughters in cages,” declared a bitter statement by the Binational Front of Indigenous Organizations. “How is it possible,” it asked Lopez Obrador, “that you, who won the election in Mexico on a progressive platform of change for our country, have become a collaborator with Donald Trump, who from the time he was a candidate never hid his racism and hatred towards us?”

Juvencio Rocha Peralta, executive director of the Association of Mexicans in North Carolina, accused Lopez Obrador of “paying homage” to Trump while ignoring the havoc in communities of migrants caused by the virus. “What we need from you are jobs in our home towns, so that our national economy no longer depends on remittances from our labor here.”

Abandoning a path of development in its own national interest, Mexico has signed a trade treaty that subordinates its health policies during a pandemic to the needs of U.S. corporations. Mexico’s migration policies cater to the labor demands of U.S. growers and the political demands of the U.S. right wing. This dependence is exacting a terrible price, measured in the deaths of maquiladora workers in border factories and migrants in U.S. fields.