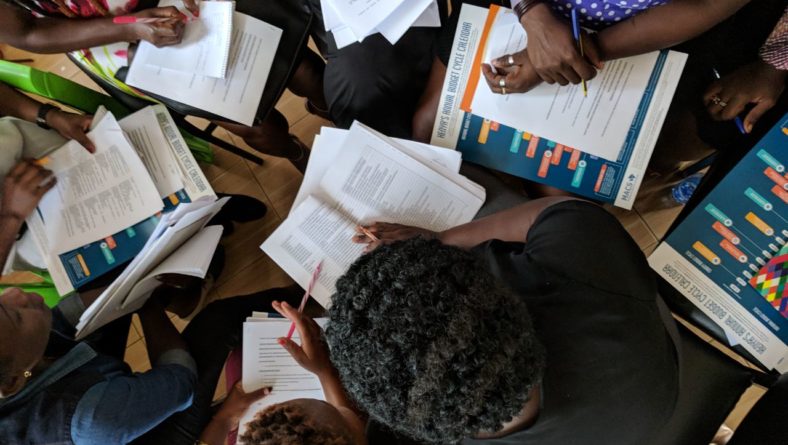 The African, Caribbean and Pacific (ACP) countries are brought together by historical colonial ties to the European Union (EU) and the Georgetown Agreement. The ACP countries have had longstanding relations with European Union through the Yaounde Declaration, and its successors- Lome Conventions I to IV and the Cotonou Partnership Agreement (CPA). The CPA is based on three pillars, namely international trade, political relations, and official development assistance (ODA). The CPA is supported by fractured groupings of Economic Partnership Agreements (EPAs) between the ACP countries and the EU. The CPA was agreed on in 2000, and it spans twenty years, with its expiry in 2020. On the brink of the expiry of the CPA, the question arises whether the ACP-EU partnership should continue, and if so, whether it should continue in the same way that it has existed under the CPA.

Governments have 18 months before the existing CPA expires, so they have to decide whether they want to continue with the same framework, i.e. a CPA and various EPAs; or whether they want a completely new post-Cotonou framework. Various factors are pointing to the possibility that the post-CPA framework is going to be somewhat different from the CPA. If the Africa group does not enter into negotiations with the EU as part of the ACP group, this would mean negotiating as a solid region, as opposed to stratified sub-regional groupings found under the CPA based Economic Partnership Agreements (EPAs). A quick glance at EPAs between Africa and the EU show a stratified and unclear fragmentation which cuts across and in-between the regional economic communities. In Southern and Eastern Africa, for example, although members of the Southern African Customs Union (SACU), and Common Market for Eastern and Southern Africa (COMESA) groups maintained their RECs in the SADC-EPA and EAC-EPA respectively, some countries have ended up in new blocs such as Zimbabwe which is part of the Eastern and Southern African ESA-EPA, which is new configuration. In this regard, should the AU negotiate as a bloc, this would be a positive move towards maintaining regional integration, especially in the backdrop of the recent signing of the African Continental Free Trade Area (AfCFTA) in March 2018. There are some reservations though that Africa’s split from the ACP grouping may undermine gains from the collective.

Currently, in a simplified explanation – the EPAs with the EU allow ACP countries to export goods into the EU without paying customs duties, but requires EU-based companies to pay customs duties when they export their goods into the ACP. This position enables ACP producers to enter the European market, and this helps to boost their sales, and it boosts both the EU and ACP economies. Unfortunately, the World Trade Organisation (WTO), which is the international organisation that regulates international trade between countries, has rules against this one-way benefit, because it disadvantages other countries which are not party to the EPAs. The WTO now requires that ACP-EU relations must be reciprocal. This means that ACP countries have to open up substantially all their markets (approximately 80%) to allow duty free entry of EU products into the ACP if the ACP wants to keep its own duty-free access of ACP products into the EU. This is not simple. It requires technical evaluations, and it has serious implications for ACP countries, and particularly women in these countries. The key challenges for women which must be taken into account in the framing of the post-Cotonou framework are food security and sovereignty, right to economic and political participation, rights to health and sanitation, and rights to protection from violence and discrimination inter alia. Women living in rural areas constitute 62% of Africa and the Pacific, and 20% of the Caribbean approximately, this means more women are affected directly by international trade relations. Rural communities across the ACP have their livelihoods from agriculture or fisheries as farmers, workers and dependants.

If EU goods are allowed duty-free access into ACP markets, in under-developed industries, especially in the agricultural goods value chain, women producers will be affected the most. The woman at the local market, who is growing her own products and selling them at the market will tend to suffer if imported similar goods are available on the domestic market, forcing her (them) to compete with EU farmers who have more advanced farming technologies, and whose subsidies are guaranteed by the EU Common Agricultural Policy (CAP). The woman living in rural Africa is not the only one who will suffer, local producers will also have to compete with importers, and if imports are cheaper than local goods, the local producers will have to reduce their prices, and possibly pay their workers less, and might be pushed out of business – leading to job losses. If jobs are lost, women will still carry the burden because they are often at the bottom of the feeding chain. Women’s and households’ food security is compromised if they lack income to purchase food. If incomes are reduced, or jobs are lost, women also suffer as providers of unpaid care work, for example if the family’s income is no longer enough to pay for healthcare, women and girls are often the ones who carry the responsibility of caring for the sick relatives.

To pre-empt these potential challenges, and in preparation of negotiations between the ACP and the EU, each country has to make an assessment to determine which goods are crucial for domestic industries, and for employment. The following proposals are made for the post-Cotonou framework:

Stakeholders must push for the prioritization and protection of primary industries in order to boost local production/ manufacturing and thereby boost economic development which is inclusive. Economic activity should not merely benefit large corporations, but it should have benefits for local ACP economies, particularly women.

Stakeholders must push for binding commitments on taxation in order to curb illicit financial flows (IFFs). Under-invoicing is one of the most prevalent forms of IFFs and it results in erosion of the tax base, meaning governments have less revenue. Reduced revenue translates to reduced social services, and this impedes women’s access to socio-economic rights such as healthcare, water and sanitation, access to housing and education inter alia. Tampering with healthcare has severe implications for women particularly insofar as it relates to maternal healthcare, and child mortality.

Stakeholders must push for binding commitments on sustainable development, especially in the extractives sector. Multinational corporations tend to gain access to the limited resource of land, at the expense of local communities which get relocated from mineral-rich areas. Mining corporations also impact ecosystems and cause environmental degradation which is often irreversible. This limits women’s access to clean, portable water when chemicals infiltrate water sources both on the surface and through underground mine tunnels. Since majority of women living in rural communities are traditionally responsible for providing water and meals to their families, they tend to walk long distances to access water, and their families are also prone to diarrhoea from water pollution.

Stakeholders must ensure that the special vulnerabilities of women affected by migration be taken into account, and in particular human rights must be strengthened, and political cooperation to support victims of human trafficking must be part of the post-Cotonou framework.

Overall, looming negotiations around post-Cotonou framework must take each of these issues discussed above into account and more so be intentional in allocating financial resources to the realization of women’s economic rights and empowerment. Women’s access to socio-economic rights should not be compromised in order to satisfy corporate interests. Governments have the responsibility to respect, to protect, and to fulfil their obligations on women’s rights and they committed themselves to the tenets of the Maputo Protocol on the Rights of Women in Africa. As it stands, UN Women reports that women lose 1-4 hours daily doing unpaid care-work. This is productive time which could have been used to participate in economic activities as envisaged by the Convention on the Elimination of All Forms of Discrimination Against Women (CEDAW), and the African Charter for Human and People’s Rights (ACHPR).

Written by Dr. Michelle Rufaro Maziwisa, an Attorney of the High Court of Zimbabwe and alumni of FEMNET’s first African Feminist Macroeconomics Academy (AFMA). She can be reached on email: [email protected]