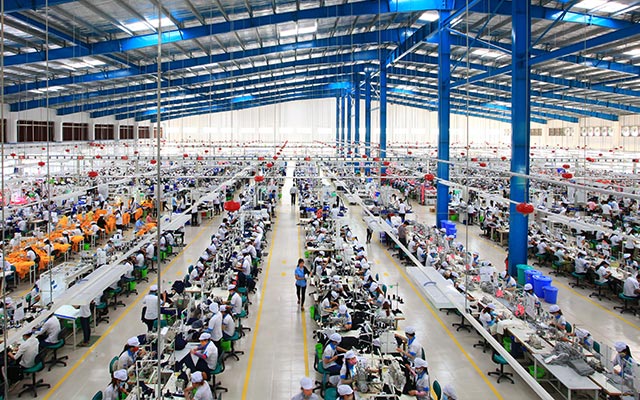 Work still to be done on EU trade deal: experts

(VNA) - The EU-Vietnam Free Trade Agreement (EVFTA), set to be signed next year, will benefit both sides, a workshop heard in Ho Chi Minh City on November 28.

“The EU is a very important partner with significant impacts on the development of Vietnam,” said former trade minister Truong Dinh Tuyen.

“The EVFTA has become more important to the country after the US’s withdrawal from the TPP,” he noted.

Phan Duc Hieu, deputy director of the Central Institute for Economic Management, said the EVFTA negotiations were concluded in 2015, and this is the time for a general review and assessment of the deal.

Dr Claudio Dordi, team leader of the European Trade Policy and Investment Support Project (EU-MUTRAP), said: “There is still a lot of work to be done in Europe” due to several reasons.

Secondly, after a lot of jobs were lost in Europe to the economic downturn, EU countries are fearful of competition from others, he said.

Thirdly, Europe prefers to deal with countries that have a level playing field, he said.

Besides, there are several issues related to sustainable development that need further assessment, but the two sides are working very hard to sign the agreement as early as next summer (around July or August), he added.

Once the agreement comes into effect, the EU will remove all import taxes on Vietnamese goods within seven years, while Vietnam will do so within 10 years.

This means many of Vietnam’s main export products will be able to enter the EU completely without tariffs, and experts said this would be a huge boost to the country’s exports to the EU.

Fifty percent of the tariff lines on aquatic products will be removed right after the FTA takes effect.

Goods like coffee, pepper, cashew, honey, fresh vegetables, fruits and their processed products or juice will also see tariffs removed instantly. They attract rather high tariffs at the moment of up to 20 percent on some items.

Apparel and footwear are two of Vietnam’s major export items to the EU, with shipments of 3.5 billion USD and 4 billion USD a year.

They will see tariffs cut after the FTA takes effect. Wood and wood products, computers and electronic products and components will also see rates cut.

Despite the tax breaks, the EU is a very demanding market in terms of quality, food hygiene and safety standards and protection of consumer rights.

Therefore, Vietnamese businesses must first upgrade their value chain and play by the rules of the EU, especially with respect to those on origin, experts warned.

“EVFTA will provide a lot of important opportunities for Vietnamese business, but of course they should be able to exploit them,” Dr Dordi said.

He said Vietnamese businesses usually focus on the last part of production which has very little value. For example, if Vietnam produces garments from home-made fabrics rather than from imports, it would benefits more from the EVFTA, he said.

“In general, many key export sectors such as footwear, textiles and garments, fisheries, wood and wooden products are growing at slow speeds because most of the production in these sectors is based on low value-added stage of production.”

They should upgrade their value chain and start more “made in Vietnam” manufacturing, improve their capacity to produce processed foods and high value-added products to take full advantage of the EVFTA, he added.

The workshop was held to discuss the potential impacts of the EVFTA.

The EU is an economic union consisting of 28 member states and a population of 508 million, with a total GDP of 18 trillion USD, making it the largest single market in the world.

It is one of Vietnam’s leading trade partners, accounting for 19 percent of the country’s exports.