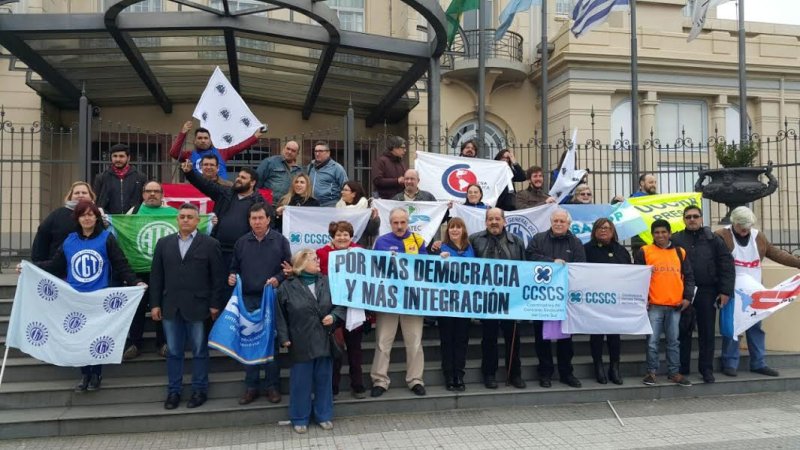 The Secretary of International Relations of the Central Unica de Trabajadores de Uruguay (PIT-CNT), Fernando Gambera, said that the news of the imminent agreement between the two blocs is very worrying and pointed out that for years it has been the subject of analysis of both workers organizations.

Among the concerns mentioned that is not in agreement with the ’economic, commercial and financial’ side of the association, among other things, because concerns ’the absence of agreements’ in regard to public procurement.

The also Secretary General of the Ccscs indicated that so far there is no known clause or mechanism that ’takes into account the symmetry of development’ of the different countries that make up the bloc.

It meant that clearly ’quotas are imposed’ on the sale of very sensitive products for the countries of the South Common Market (Mercosur), as it is the low price of meat.

In statements to the PIT-CNT website, Gambera denounced that there is a chapter dedicated to the subject of patents, which ’remains a great secret’ and depending on what is included ’many of the national industries could be affected’.

The Uruguayan trade union leader said that Mercosur Trade Unions are working on the elaboration of a plan of action, mobilization and denunciations for this year, which will be presented during the World Social Forum, with headquarters in Bahia, Brazil, from March 13. (Prensa Latina)