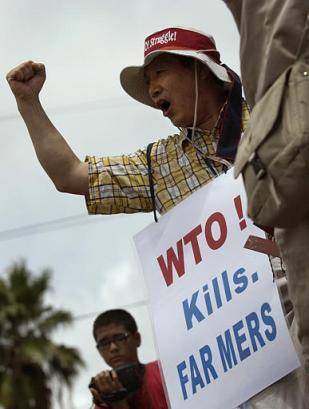 The WTO is having a mini-ministerial conference in Geneva which will finish probably by Wednesday this week. It is trying to conclude the Doha Round of negotiations and the package being discussed at the moment has a number of elements may affect development.

In agriculture, the special safeguard mechanism (SSM) is one of the aspects being discussed. The SSM would ideally allow developing countries to raise their tariffs to protect their farmers if they face an increase in imports of agricultural products.

In the February 2008 text by the Chair of the WTO’s agriculture negotiations, it was agreed that developing countries were allowed to use the SSM if the increase in imports was due to the lower tariffs under an RTA. This would have meant that if the lower tariffs under an RTA caused an increase in imports to developing countries they could raise their tariffs again to protect their farmers.

However the current SSM text being negotiated in the next 3 days does not allow it to be used for import surges due to RTAs.