Stopping the race to the bottom in trade policy
23-Mar-2021 The American Prospect
Agribusiness giant Bayer/Monsanto claims that Mexico’s proposed restrictions on the active ingredient in its Roundup herbicide violate the country’s trade agreement with the US.
US and Canada follow EU and UK in sanctioning Chinese officials over Xinjiang
23-Mar-2021 The Guardian
The EU is due shortly to sign a major investment deal with China, but Germany in particular will be concerned that the sanctions may destabilise economic relations with China.
FEDCOC launches initiative to develop Egyptian-Russian economic relations
23-Mar-2021 Daily News Egypt
President of the Federation of Egyptian Chambers of Commerce (FEDCOC) and head of the Federation of African Chambers of Trade, Industry and Agriculture, has launched an initiative to develop Egyptian-Russian economic relations.
UK-US trade talks can build on Trump’s plan, envoy says
22-Mar-2021 Bloomberg
Trade talks with the US will seek to build on “well-channeled lines” established during negotiations with the Trump administration while seeking to incorporate new priorities favored by President Joe Biden, the UK envoy to Washington said.
Ambassador: Ukraine interested in launch of FTA talks with Japan
22-Mar-2021 Ukrinform
Ukraine is interested in starting negotiations on the conclusion of a free trade agreement with Japan.
Canada to ratify trade agreement with United Kingdom
22-Mar-2021 National Post
Canada’s Minister of International Trade says the country agrees to the deal, following Bill C-18 receiving royal assent after passing the Senate. 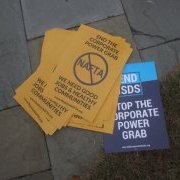 Will new NAFTA block Biden’s progressive regulatory policies?
22-Mar-2021 The Hill
Biden is on the right track in calling for reform. But if the same deregulatory agenda remains in our internationally enforceable trade agreements, Biden’s reforms will come up short, ultimately subverting his agenda and vision.
China on course to fulfill all RCEP obligations
22-Mar-2021 The Star
China will be able to fully fulfill its obligations under the agreement of the Regional Comprehensive Economic Partnership when it enters into force, a commerce official said.
Thai-UK pact sets stage for agreement negotiations
22-Mar-2021 Bangkok Post
Thailand and the UK plan to sign a memorandum of understanding (MoU) to set up a Joint Trade Committee on Commerce and Economic Cooperation, paving the way for a future free trade agreement (FTA) after Brexit.
Dhaka eager to sign free trade agreement with Colombo
22-Mar-2021 Dhaka Tribune
Dhaka has expressed its keen interest to sign a free trade agreement (FTA) with Colombo to exploit the huge potential of bilateral trade between Bangladesh and Sri Lanka.
Egypt’s Damietta liquefaction plant agreement enters into force
19-Mar-2021 Egypt Today
The Egyptian Ministry of Petroleum and Mineral Resources announced the entry into force of the agreement related to the Damietta Liquefaction Plant, and the settlement of all claims.
Ombudsman: Sustainability assessment should have been completed before EU-Mercosur trade deal agreed by negotiators
19-Mar-2021 EU Reporter
The European Commission should have concluded an updated sustainability impact assessment before the EU-Mercosur trade deal was agreed, an inquiry by European Ombudsman has found.
India has till mid-April to appeal against Cairn award on limited ground
19-Mar-2021 Business Standard
India has time till mid-April to file an appeal against an international arbitration tribunal ordering it to repay UK’s Cairn Energy Plc USD 1.2 billion-plus interest and cost, but the challenge can only be on limited grounds such as procedure not being followed.
US trade czar Tai to discuss trade deal with UK next week
18-Mar-2021 Bloomberg
Newly confirmed US Trade Representative Katherine Tai will speak with her British counterpart, Secretary Liz Truss, next week to further talks on a possible trade agreement.
India-EU trade talks may see progress at Portugal summit
18-Mar-2021 Live Mint
India and the European Union (EU) may announce some progress in negotiations relating to a broad-based trade and investment agreement during the India-EU summit scheduled for 8 May.
In Washington, ‘free trade’ is no longer gospel
18-Mar-2021 New York Times
Like its predecessor, the Biden administration has largely dispensed with the idea of free trade as a goal in and of itself.
0 | ... | 40 | 60 | 80 | 100 | 120 | 140 | 160 | 180 | 200 | ... | 26480
Subscribe to bilaterals.org weekly