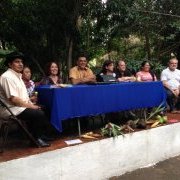 Free trade agreements: Mexico. How to get out of corporate submission?
17-Oct-2022 GRAIN
We have produced a detailed study/story of NAFTA, with its eternal wake of treatises and agreements, its effects, and the tools to analyse and organise resistance against the impacts of FTAs.
Taiwan, US hope to come up with ’early harvest’ list on trade deal by year-end
17-Oct-2022 Focus Taiwan
Taiwan hopes to reach consensus with the United States to come up with an "early harvest list" on a bilateral trade deal before the end of this year, the nation’s deputy trade negotiator said.
Justice ministry requests recalculation of ICSID ruling
17-Oct-2022 KBS
Should the claims be accepted, the amount the South Korean government has to pay to Lone Star would be reduced to a little over 216 million U.S. dollars.
Free trade between Eurasian Economic Union & Iran may launch next year
17-Oct-2022 Al Mayadeen
The head of the Trade Promotion Organization of Iran said in an interview that the Islamic Republic may implement a free trade agreement with the Eurasian Economic Union as of next year. 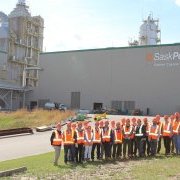 A backdoor for fossil fuel protection: How extending ECT coverage to CCUS, hydrogen, and ammonia will lock-in oil & gas
14-Oct-2022 CIEL
Extending protection under the Energy Charter Treaty to investments in carbon capture, utilization and storage, hydrogen, and ammonia, among other emerging energy technologies and products, could hamper the ability of States to end reliance on fossil fuels.
Ecuador makes progress in FTA negotiations with Costa Rica
14-Oct-2022 Xinhua
For Ecuador, reaching an FTA with Costa Rica is key in its strategy to consolidate the country’s position in the Central American market where it already has trade agreements with Guatemala, Nicaragua and El Salvador.
Australia, Indonesia can team up on lithium supply chain
14-Oct-2022 Jakarta Globe
An opportunity arises for cooperation between Indonesia and Australia on the lithium supply chain via the Indonesia-Australia trade agreement.
Truss faces fresh headache as India-UK free trade deal stuck
13-Oct-2022 Bloomberg
Talks between India and the UK have hit a snag over easier access to thousands of skilled workers from the South Asian nation that is likely to push finalizing a free-trade agreement beyond the October deadline.
Australia sees ’no prospect’ of China being accepted into CPTPP
13-Oct-2022 Nikkei Asia
Australia’s trade minister remains concerned about China’s application to join one of the world’s biggest multilateral free trade agreements due to festering disputes between the two countries.
Gulf Cooperation Council trade negotiations update
13-Oct-2022 UK Government
The first round of negotiations for a Free Trade Agreement between the United Kingdom and Gulf Cooperation Council took place between 22 August and 29 September 2022.
Spain to follow Italy and Poland and leave the Energy Charter
13-Oct-2022 The Corner
Spain has initiated proceedings to withdraw from the Energy Charter Treaty, signed by 53 countries and in force since 1998, designed to protect foreign investment in energy infrastructure.
Kazakhstan ratifies agreement on free trade zone between EAEU and Iran
13-Oct-2022 The Astana Times
Kazakh President Kassym-Jomart Tokayev signed a law ratifying the agreement that leads to the formation of a free trade zone between the Eurasian Economic Union and Iran.
S. Korea, Uruguay agree to speed up free trade talks with Mercosur
13-Oct-2022 Yonhap
South Korea and Mercosur held their seventh round of free trade negotiations in September last year, but little progress has been reported since then.
India, UAE discuss possibilities of bilateral trade in national currencies
12-Oct-2022 Deccan Herald
The two delegations reviewed the status of the negotiations of the India-UAE bilateral investment treaty. Twelve rounds of negotiations have been conducted until now.
Korea, Chile agree to resume FTA upgrade talks this year
12-Oct-2022 Korea JoongAng Daily
Korean Prime Minister Han Duck-soo held talks with Chilean President Gabriel Boric on Tuesday and agreed to resume negotiations this year to upgrade a bilateral free trade agreement that went into effect in 2004.
Katherine Tai on enforcing trade agreements
12-Oct-2022 IELP
The original NAFTA might have had labor and environment rules, but they turned out that they were unenforceable and there were no teeth, said USTR Tai.
Yukos shareholders seek to enforce $50 bln award against Russia in London court
12-Oct-2022 Reuters
Former shareholders of defunct oil giant Yukos asked a judge in London to allow the enforcement of a $50 billion arbitration award against Russia.
UK firms using legal muscle to facilitate human rights and climate abuses – report
12-Oct-2022 The Guardian
Transform Trade charity says British-based companies are among main bringers of cases based on bilateral investment treaties.
0 | ... | 80 | 100 | 120 | 140 | 160 | 180 | 200 | 220 | 240 | ... | 29200
Subscribe to bilaterals.org weekly