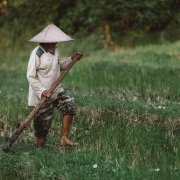 Civil society calls upon EU and Indonesia to respect the rights of Indonesia’s famers
4-Jul-2022 Indonesia for Global Justice
Close to 90 NGOs and farmers’ organisations from Indonesia, the EU and around the world sent open letters to the EU Commission and the Indonesian government today, calling on them to refrain from any clause that restrict farmers’ rights in a future free trade agreement. 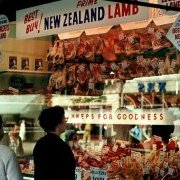 Government: Cut the spin and give a truthful assessment of the EU deal
1-Jul-2022 Scoop
There is much more at stake here than just agriculture, with several chapters seeming to impose restrictions on New Zealand laws and how the government can regulate.
EU and New Zealand secure free trade agreement
1-Jul-2022 Stuff
New Zealand and the European Union have secured a highly anticipated trade deal, through last-minute negotiations.
Regulatory chill in a warming world: The threat to climate policy posed by investor-state dispute settlement
30-Jun-2022 Cambridge University Press
There is a great threat posed by the potential use of ISDS by the fossil fuel industry to stall action on climate change.
‘Investor-State Dispute Settlement’ as a new avenue for climate change litigation
30-Jun-2022 LSE
Climate-related ISDS indicate a real risk that significant resources and energy may be diverted away from climate action, impacting the popularity of pro-climate policymaking among both policymakers and the public.
British MPs may delay Australia trade deal after minister’s no-show
30-Jun-2022 The Sydney Morning Herald
The ratification is looking unlikely after the British parliament’s commons trade committee told MPs they should delay ratifying the agreement after a late-night snub by the Trade Secretary.
Trade discussions ’stalled’ over climate
29-Jun-2022 Hawkesbury Gazette
Negotiations for a "critical" trade deal with the European Union have "stalled" over perceptions Australia isn’t "fair dinkum" on climate change action, and due to a fractured relationship with France.
Int’l tribunal brings to close decade-long S. Korea-Lone Star dispute settlement
29-Jun-2022 Yonhap
An international tribunal declared an end to all proceedings in a multi-billion dollar suit the US private equity firm Lone Star filed against South Korea’s government 10 years ago.
AfCFTA suffers setback as Benin Republic slams CFA9m on Nigeria-bound transit cargoes
28-Jun-2022 Leadership
The agreement was brokered by the African Union (AU) and was signed by 44 of its 55 member states in Kigali, Rwanda on March 21, 2018. The only country still not to sign the agreement is Eritrea, which has a largely closed economy.
ECOWAS regional experts meet on the draft Ecowas common schedule of specific commitments on trade in services for the African Continental Free Trade Area (AfCFTA)
28-Jun-2022 Ecowas
To date, a total of forty-three (43) African countries are State Parties to the Agreement of the AfCFTA, including twelve (12) ECOWAS Member States.
New podcast series launched!
28-Jun-2022
India, UK to hold fifth round of talks on FTA in July
28-Jun-2022 Hindustan Times
India and the UK will hold the fifth round of talks for a free trade agreement in New Delhi in July, with leaders of the two countries having already set a target for concluding the negotiations by October.
Deal for modernized Energy Charter Treaty insufficient for ambitious climate action
28-Jun-2022 IISD
The new "agreement in principle" for a modernized Energy Charter Treaty (ECT) falls short of pledges to make the trade and investment deal better suited to achieving international climate goals, IISD experts say.
India, EU resume negotiations for free trade pact
28-Jun-2022 Outlook
India and the European Union resumed negotiations, after a gap of over eight years, for a comprehensive free trade agreement. 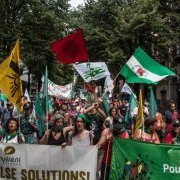