Senegal: No to Auchan and any form of recolonization
6-May-2019 bilaterals.org
Quite a few Senegalese people are fed up with the recolonization of their country by French capitalism. They have gathered among several citizen groups to resist it. 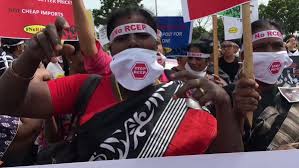