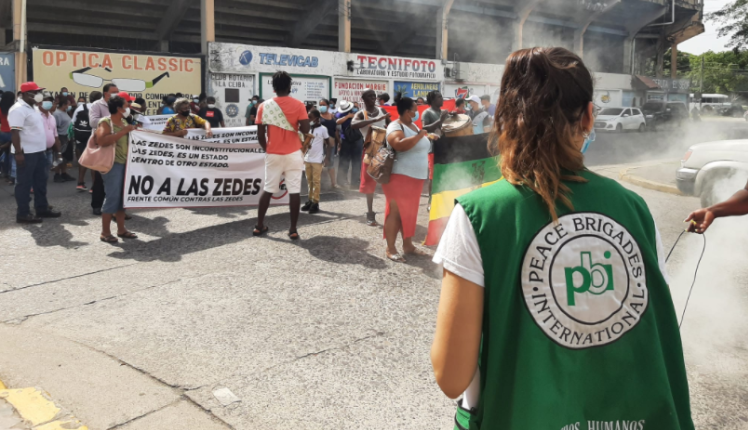 The Associated Press reports: “A plan to create special self-governing zones for foreign investors in Honduras has been thrown into limbo with the new government’s repeal of a law many criticized as surrendering sovereignty.”

“[The zones for employment and economic development known as ZEDEs are] free from import and export taxes, but could set up their own internal forms of government, as well as courts, security forces, schools and even social security systems.”

The article adds: “On Monday [April 25], [President Xiomara Castro] signed a measure passed by Honduras’ Congress [on April 21] to repeal it — though the permission for the zones still remains in the constitution.”

Rodolfo Pastor, a member of Castro’s cabinet, says: “With those that already (exist) there is going to be dialogue because autonomous zones are not going to be allowed.”

The article refers to the zones already being developed, including Prospera (a 58-acre development on the island of Roatan) and Orquidea (an agro-industrial park near the city of Choluteca that produces peppers and tomatoes for export).

The Próspera Group says: “Honduras Próspera, Inc., the Promoter & Organizer of Prospera ZEDE, is a U.S. company with rights under the Central American Free Trade Agreement (CAFTA-DR) and the U.S.-HN Bilateral Investment Treaty, which extend to investments made in Próspera ZEDE the highest degree of legal protection in Honduras. Many other investors from other countries likewise enjoy powerful treaty rights.”

The Center for Strategic and International Studies also cautions: “If the Honduran government insists on moving forward with abolishing the ZEDE law, investors have a number of legal mechanisms at their disposal [including] Chapter 10 of the Dominican Republic-Central America Free Trade Agreement (CAFTA-DR) to seek interim injunctive relief to preserve the status quo, as well as damages for any lost investment and future profits.”

PBI-Honduras has previously noted: “There are further ZEDEs, such as the Mariposa ZEDE.”

That ZEDE is being led by Canadian Daniel Morin and his wife Katerina.

The website for Mariposa says: “We believe this project is possible to realize in Honduras as part of the Honduran ZEDE Program.”

Their vision is “to create a startup city” that would “become a Health Sanctuary with clinics that use a combination of Holistic, Naturopathic, Functional, and Integrative Medical approaches” and that would “create an Ecstatic Birth culture by providing educational opportunities for future parents and birth practitioners.”

A “Little Canada” ZEDE in Trujillo?

In October 2015, Canadian activist Karen Spring also wrote: “In the Trujillo region, Garifuna communities are being evicted from their ancestral lands amid the possible construction of an Economic Development and Employment Zone (ZEDE) or Model City.”

Canadian journalist Sandra Cuffe also reported in December 2014 on this development and her article quotes [Canadian investor Randy] Jorgensen who says: “We sold 500 properties to Canadians. They’re starting to call it Little Canada.”

In terms of the cautions about investor rights and international arbitration, the Canada-Honduras Free Trade Agreement entered into force on October 1, 2014.

The Peace Brigades International-Honduras Project was present at town hall meetings – including in La Ceiba, Trujillo, Arizona, Quimistán, Intibucá, Tela, Masica and San Francisco – that declared themselves free from ZEDEs.