India, Brazil have reasons to join hands
4-Jun-2007 Economic Times
The India-Brazil strategic partnership formalised in September last year during Prime Minister Manmohan Singh’s tour of the South American country will be reinforced this week with specific inputs on trade and technology, according to official sources.
Consolidation of the India-Brazil strategic partnership
3-Jun-2007
The meaning of my visit to India - the second one since my election as the President of Brazil - is to reiterate our readiness to forge a strategic alliance between our countries as I announced during my inaugural address in 2003. The visit of Prime-Minister Manmohan Singh to Brasilia in 2006 has greatly contributed to reinforce this partnership.
Mercosur, “an illusion of integration”; Brazil no longer leads
2-Jun-2007
Latinamerica has never been so divided, Mercosur is but an illusion of integration and Brazil has lost its leadership and convergence capacity according to former Brazilian president Fernando Henrique Cardoso who ruled from 1995 to 2000.
EU-Brazil: Commission proposes Strategic Partnership
31-May-2007 EUROPA
The European Commission proposes to address trade and investment issues of specific bilateral relevance between the EU and Brazil that complement EU-Mercosur FTA discussions.
India, Brazil aim to strengthen bonds
29-May-2007
One of the major outcomes of the visit of the President of the Federative Republic of Brazil Luiz Inacio Lula da Silva’s visit a couple of years ago (2004) was the signing of a market access treaty that established tariff preferences between India and the countries of Mercosur (Southern Common Market), made up of Argentina, Brazil, Paraguay and Uruguay. Brazil’s Mercosur partners sent representatives as part of Lula’s retinue.
Brazil may ratify Mercosur PTA with India by June
15-Apr-2007 Zee News
Brazil today said it would ratify the Mercosur preferential trade agreement (PTA) with India by June this year. However only Brazil would ratify, not the other members of Mercosur.
Brazil hopes to sign FTA soon
13-Apr-2007
A free trade agreement (FTA) is expected to be concluded soon between India and the MERCOSUR group of South American countries, visiting Brazilian foreign minister, Mr Celso Amorim, today indicated. “It is partly our fault that the bilateral trade between India and Brazil is still very small around $3 billion,” Mr Amorim said at an interactive session organised by the Confederation of Indian Industry (CII).
Lula da Silva and Vazquez agree to another patch for Mercosur
28-Feb-2007 MercoPress
Presidents from Uruguay and Brazil, meeting in Colonia Monday, seem to have smoothed strained economic and political ties with promises of stronger bilateral relations and a new boost to the battered Mercosur block, although Argentina, just fifty kilometers away was not present at the summit.
Brazil likely to make bilateral agreements with the US rather than working with the FTAA
14-Feb-2007 FreshPlaza
The Brazilian Foreign Relations Minister, Celso Amorin, argued that Mercosur would prefer to negotiate bilaterally with the US than to try to save the Free Trade Agreement of the Americas.
Trade triangle
26-Sep-2006
The two-day visit of Prime Minister Manmohan Singh to Brasilia, the capital of Brazil, is being projected as a decisive step in the consolidation of relations between three important countries of the South - India, Brazil and South Africa.
IBSA business leaders debate ways to deepen relations
14-Sep-2006
Indian, Brazilian, and South African business leaders have identified key issues that have to be addressed to allow the more rapid development of broader and deeper economic relations between the three countries.
IBSA experiment will benefit all the members, says Singh
14-Sep-2006
Prime Minister Manmohan Singh yesterday spoke strongly in favour of the newly emerging trilateral co-operation between India, Brazil and South Africa (IBSA), saying all three countries stand to benefit from it in working for their energy security, creating synergies in trade and technology and in enhanced transport connectivity.
Time for IBSA to shine in world trade, says Mbeki
14-Sep-2006
President Thabo Mbeki says IBSA’s (India-Brazil-South Africa’s) time has arrived to make a mark on world trade. He was addressing the IBSA summit in Brazil and called on developing nations to form strong partnerships and strategic alliances in the wake of the recent collapse of the Doha round of trade talks.
Fiction and fact: an IBSA pact
13-Sep-2006
IBSA will be a powerful bloc in south-south cooperation with echoes of ‘non-alignment’ in earlier times but from the economic point of view, IBSA is a little fictitious” was Union minister of state for commerce Jairam Ramesh’s reported take on this regional formation that includes India-Brazil-South Africa just ahead of Prime Minister Manmohan Singh’s visit to Brazil and Cuba to attend an IBSA and NAM summit.
Patent or patient? How Washington uses trade deals to protect drugs
23-Aug-2006 Financial Times
The controversy over the impact of bilateral trade agreements on public health poses particular difficulties for the Geneva-based WHO, which is gearing up for the highly political election of a new director-general.
US trade sanctions seek to pressure Latin America
23-Aug-2006 IRC Americas Program
The US government’s announcement that it will review the possibility of limiting, suspending, or withdrawing trade preferences under the General System of Preferences (GSP) to three Latin American countries—Argentina, Brazil, and Venezuela—is political pressure to make these nations participate in the model of regional integration proposed by the United States. 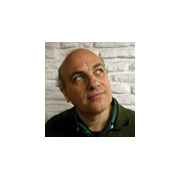 Latin America Now: An Interview with Raúl Zibechi
17-Aug-2006 Upside Down World
In this interview, Raúl Zibechi discusses the challenges of the Evo Morales administration in Bolivia, the power and role of Bolivian social movements, projects for regional integration such as People’s Trade Agreement and the Bolivarian Alternative for Latin America and the region’s new situation after the electoral victories of various "progressive" governments.
Mercosur moots trilateral FTA with India and SACU
14-Aug-2006
During the triangular IBSA (India, Brazil and South Africa) political summit on September 13 in Brazil, Mercosur is likely to propose South African Customs Union (SACU) and India the creation of a working group to explore the modalities of a trilateral free trade agreement (T-FTA) among them.
Brazil, Portugal foster cooperation MERCOSUR-EU
10-Aug-2006
Brazil requested Portugal to support an agreement between the Southern Common Market and European Union.
Brazil says Mexico may join Mercosur
9-Aug-2006
Brazil Trade and Industry Minister Luiz Fernando Furlan said Monday that Mexico could join the South American trade block Mercosur within a year.
0 | ... | 60 | 80 | 100 | 120 | 140 | 160 | 180 | 200 | 220 | 240
Subscribe to bilaterals.org weekly