Sadc, EAC, Comesa free trade talks begin in December
20-Nov-2011
First round of negotiations to establish the $1 trillion Tripartite Free Trade Area (FTA) covering 27 countries in eastern and southern Africa are scheduled to start next month, the head of the taskforce spearheading the process has said.
Tough talk over industrialisation expected for FTA - Davies
5-Nov-2011
As South Africa moves to bolster industrialisation efforts within its own borders, the planned roll out of a giant free trade area across Africa may hit a snag when it comes to negotiating about trade in manufactured goods between member countries, the Minister of Trade and Industry Rob Davies said yesterday.
Africa’s Free Trade Zone: A Pie in the Sky?
5-Nov-2011
African heads of state have ambitious plans to create a free trade zone, encompassing 26 countries and more than 600 million people on the continent. But economic experts warn the project is a bold step that comes with a plethora of legal, administrative and political hurdles. Others suggest the plan might be a pie in the sky.
Free Trade in Africa, For Better or Worse?
2-Sep-2011
It is not certain that an African free trade area will further regional integration or deepen the existing inequality between countries.
The tripartite FTA - Snags in Africa’s grand plan
21-Jul-2011
At the Chirundu border, along the north-south transport corridor between Zimbabwe and Zambia, commercial trucks used to wait five days to get clearance. Now, they can get through in a matter of hours. 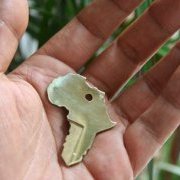 The ’grand’ key to Africa
28-Jun-2011
It is referred to as the “Grand Free Trade Area” or the Tripartite Free Trade Agreement, and true to its name it will be one of the largest free trade areas in the developing world when it becomes a reality. The 26-nation free trade area encompassing countries from Egypt to South Africa and three existing free trade blocs will be a very important platform for countries to engage and invest.
COMESA, EAC, SADC start merger negotiations
21-Jun-2011
Negotiations for the establishment of a grand free trade area by three African regional economic communities are scheduled to start soon following the launching of the process by a Tripartite Summit that ended last week in Johannesburg, South Africa.
African mega-treaty ’to funnel free-trade fortunes into SA’
14-Jun-2011 SAPA
The planned creation of a 26-nation African Tripartite Free Trade Area (FTA) will draw industrial investment to South Africa by making it a springboard for low-duty access to other parts of the continent, trade and industry director general Lionel October said on Monday.
FTA to expand market for Zimbabwe goods - Ncube
11-Jun-2011
Industry and Commerce Minister Welshman Ncube says if negotiations for the Common Market for East and Southern Africa - East African Community - South African Development Corporation Tripartite Free Trade Area (FTA) are successfully completed, Zimbabwean goods and commodities will find greater markets on the continent.
Tripartite FTA is key to dismantling the ‘spaghetti bowl’
8-Jun-2011
On Sunday, heads of state and government from Africa’s three main regional blocs – the Southern African Development Community, the Common Market for Eastern and Southern Africa and the East African Community – will meet in South Africa to launch negotiations for a Tripartite Free Trade Area (T-FTA).
Free-trade deal ‘hinges on deeper integration’
8-Jun-2011
A trade expert yesterday warned that vested interests and policy differences in the East Africa and Southern African region could derail a bid to create a free-trade agreement among 26 countries unless there was enough "political stomach for deeper (regional) integration".
T-FTA: Devil is in implementation
4-Jun-2011
Success of the grandiose Tripartite Free Trade Area will largely depend on how geared members of COMESA, EAC and SADC are to swiftly implementing agreements and trade protocols.
Services: to liberalize or not?
31-May-2011
The Southern Africa Development Community and the Common Market for East and Southern Africa are currently in the process of liberalizing trade in services.
Need to tighten RECs
23-May-2011
In the inaugural tripartite summit held in Kampala, Uganda in October 2008, our heads of state and government made a number of decisions, one of which was that the 26 countries that make up the COMESA-EAC-SADC tripartite should speed up the process of integration as outlined in the Lagos plan of action and as articulated by the continental body of the African union commission.
Kingdom to host 3rd COMESA meet
15-May-2011
Swaziland will next week host the third meeting of the COMESA committee on the Customs Union.
Tripartite FTA summit in June
5-May-2011
The first summit of the envisaged Tripartite Free Trade Area (T-FTA) will be held in South Africa on June 12 where a specific roadmap and timetable for implementation of the expanded economic grouping will be announced.
Trade policy to focus on Latin America, Africa
26-Apr-2011
After Look East, India is now adding a ’Focus West’ chapter to its trade policy. Under increasing pressure from China, especially in Africa, New Delhi is now moving ahead with plans to sign three comprehensive economic partnership agreements (CEPA) that would include free trade pacts in goods and services. In addition, the government has started work on upgrading its preferential trade agreement (PTA) with Mercosur”comprising Brazil, Argentina, Uruguay and Paraguay”commerce & industry minister Anand Sharma said.
Comesa seeks presence in Middle East
26-Apr-2011
The Common Market for Eastern and Southern Africa (Comesa) has signalled intentions to expand presence in the Middle East to enhance Arab-African trade relations, despite political turmoil in the region.
Tripartite Free Trade Plan May Repeat Previous Mistakes
23-Apr-2011
With regional wheels rolling to put in place the envisaged grand tripartite free trade area (FTA), questions have arisen about whether it would be viable and increase competitiveness.
PM panel to review India-EU free trade pact on Wednesday
6-Apr-2011 PTI
The panel would also clear negotiations for India-Australia FTA and examine setting up a joint study group for a possible free trade pact between India and the Common Market For Eastern and Southern Africa (COMESA).
0 | ... | 20 | 40 | 60 | 80 | 100 | 120 | 140 | 160 | 180 | ... | 200
Subscribe to bilaterals.org weekly