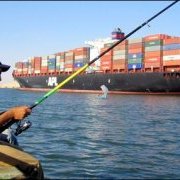 Egypt courts China for Suez special zone
3-Mar-2010 FT
The attraction for the Chinese is partly the large number of preferential trade agreements that Egypt has with Europe, Africa and the Middle East.
Indonesia to prepare FTA deal with Egypt
13-Jan-2010 VIVA News
The governments of Indonesia and Egypt agreed to start talks on possible free trade agreement in no time, according to Trade Minister Mari Elka Pangestu 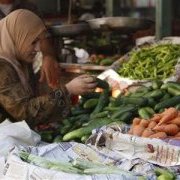 EU-Egypt trade agreement: exports’ liberalization
23-Oct-2009 Greenmed
Agricultural trade between EU and Egypt has been further liberalized under a revision to the EU-Egypt Association Agreement, causing concern in Spain 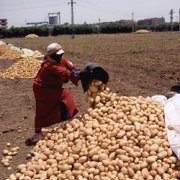 Potato fight
5-Sep-2009 Al-Ahram Weekly
A couple of weeks ago, following the discovery of some cases of brown rot, the EU decided to impose a ban on Egyptian potato exports. The Egyptian government believes that the reason behind the move is to protect local European produce from competition.
Medvedev trip looks to secure Africa’s riches
24-Jun-2009 Moscow Times
President Dmitry Medvedev is embarking Tuesday on a four-day African tour, beginning with a visit to Egyptian President Hosni Mubarak before moving on to Nigeria, Namibia and Angola. Medvedev’s trip appears focused on helping Russian companies gain additional access to the continent’s natural resources wealth.
Joint statement of USTR and Egyptian Minister of Trade and Industry
28-May-2009 USTR
The US and Egypt have signed a "Plan for a Strategic Partnership" to develop bilateral trade and investment
US, Egypt aim to bolster trade and investment ties
28-May-2009 Dow Jones
US and Egyptian officials signed agreements Wednesday aimed at strengthening trade and investment links between the two nations, a move that comes a week ahead of a trip to Egypt by US President Barack Obama.
Uncertainty over hope
4-Feb-2009 bt
Egypt has never been a major trading partner for the US, and after a Free Trade Agreement between the two failed to get off the ground during the previous two administrations, the question now is whether Obama’s team will be open to new negotiations or whether Egypt should focus its efforts more narrowly.
Mercosur proposes agreement with Egypt
24-Oct-2008 iStockAnalyst
Last week, the Mercosur submitted a free trade agreement negotiation proposal to the Egyptian government. The draft document, containing the broad lines for a treaty, was handed over by a delegation from the South American bloc to Cairo
Saudis plan to grow crops overseas
13-Jun-2008 FT
Saudi Arabia has unveiled plans to develop large-scale overseas agricultural projects to secure food supplies, revealing that Riyadh is in discussions with Ukraine, Pakistan, Sudan, Turkey and Egypt.
Spain extending its reach into Africa
21-Apr-2008 IPS
Spain has expanded its presence in Africa by recently signing trade agreements with Egypt and the Democratic Republic of the Congo (DRC). The agreement with Egypt includes regular bilateral summits similar to Spain’s annual meetings with Morocco, Algeria and Tunisia. Both agreements will facilitate the entry of more Spanish companies into Africa.
Egypt to discuss FTA with India
15-Apr-2008 Hindu Bussiness Line
Egypt on Tuesday said it would explore the possibility of a Free Trade Agreement with India to boost trade and investment between the two countries.
Qualified industrial zones: Trade deal with the US and Israel boosts textiles
11-Dec-2007 FT
The deal allows Egyptians to export to the US tariff-free as long as they use a certain percentage of Israeli goods. The US initiative is intended to foster peace through trade. Qiz’s impact on thawing the political relations is questionable. But, for Egyptian garment producers, it has meant a chance to stand up to the competition posed by Asian producers.
Egypt, Israel to amend trade agreement
8-Oct-2007 IHT
Egypt and Israel have agreed to reduce the percentage of Israeli components that must be included in Egyptian-made products that receive duty-free status when exported to the United States
The Jordan-Israel QIZs have been insignificant for peace
28-May-2007 Daily Star
The impact of the Qualifying Industrial Zones — a concept proposed by the United States in 1996 to bolster cooperation between Jordan and Israel after the Jordan-Israel peace agreement was signed in 1995 — remains, after 10 years, difficult to determine. In spite of the tremendous growth of exports to the US market through these zones, QIZs continue to receive mixed reviews and their future is uncertain. Most importantly, the impact of the QIZs on the peace effort has been insignificant, to say the least.
Egypt-Turkey FTA (2005)
16-Apr-2007
0 | 20 | 40 | 60 | 80 | 100 | 120 | 140 | 160 | 180
Subscribe to bilaterals.org weekly