Panama-AIG outrage on all fronts
28-Mar-2009 Eyes on Trade
Anger is brimming over in diverse corridors over the Bush hangover agreement with Panama, and the new rights it would give to AIG-linked bodies in Panama to sue US taxpayers.
AIG suing taxpayers for its own Panama tax dodging
21-Mar-2009 Eyes on trade
Under the Panama FTA, AIG-Panama would be able to sue the US taxpayer for cash damages by claiming common regulatory actions were "tantamount" to an ("indirect") "expropriation."
Taking the credit - how financial services liberalisation fails the poor
16-Mar-2009 WDM
The report looks at how financial services liberalisation, and especially the entry and ongoing presence of foreign banks in the global south, as promoted at the World Trade Organisation and through European bilateral trade deals, leads to the prioritisation of richer customers and larger companies resulting in poorer customers losing out.
TWN preliminary report on FTA/WTO and financial crisis
16-Mar-2009
A new TWN report finds that North-South free trade agreements, bilateral investment treaties and World Trade Organization commitments often contain a number of provisions that can increase the likelihood of a financial crisis and make it more difficult to take the necessary measures to deal with one once it occurs.
India-EU free trade agreement: Should India open up banking sector?
14-Mar-2009
This report questions the much-touted benefits of opening up banking sector under the India-EU FTA. Are big European banks going to augment the reach of the banking system to millions of Indians citizens who have no access to basic banking services? What specialization and experience do European banks have when it comes to providing basic banking services to landless rural workers and urban poor dwellers? Will the India-EU FTA reduce the domestic regulatory space? 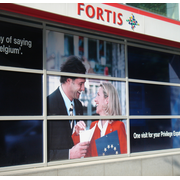 Brussels pushing finance deregulation in third world
12-Mar-2009 EU Observer
While EU and other global leaders have talked tough about re-regulating the financial sector in the wake of the economic crisis, they remain committed to pushing through banking deregulation in the developing world via trade deals.
In the United States, 350 civil groups oppose FTA
9-Mar-2009 La Estrella
Around 350 US national, state and local groups from religious to environmental sectors, representing a combined total membership of 18 million, sent a letter to the House of Representatives asking lawmakers not to ratify the free trade agreement between Panama and the United States, insisting that Panama’s economy thrives on banking secrecy and money laundering
British finance lobby calls for EU-S.Korea trade deal
13-Feb-2009
International Financial Services London, representing banks, accountants and other financial industries, said it was disappointed that some European manufacturing groups opposed the deal and were calling for negotiations to be suspended.
Amendment to Mexico-Israel accord to ease trade
5-Feb-2009 Jerusalem Post
Recently it was reported that Israel and Mexio signed an amendment to their FTA of 2000 aimed at solving a problem faced by many companies that want to transit products made in either Israel or Mexico through a third country, such as the US or the EU.
Financial regime change? by Robert Wade - A comment
2-Feb-2009 Norman Girvan
In an article titled “Financial Regime Change” published in New Left Review, September-October 2008, Robert Wade has made a number of points which have salience in the context of the CARIFORUM-EU Economic Partnership Agreement
ALBA member nations to create common currency
28-Nov-2008
Bolivarian Alternative for the Americas, ALBA, announced on Wednesday it will create a common currency.
Japan’s demand for unilateral QFB status holds up trade pact
10-Nov-2008
The comprehensive economic partnership agreement (CEPA) being negotiated between India and Japan has hit a roadblock with the latter proposing that five of its banks be given qualified full banking (QFB) status by India. On its part, though, Japan is not keen on offering similar status to Indian banks on the ground that they don’t measure up to Japanese standards.
Pitfalls in implementing tax treaties
5-Nov-2008
The recent ratification of the Japan-Philippines Partnership Economic Agreement, or JPEPA, and the modified RP-Japan tax treaty by the Philippine Senate has once again focused attention on these international agreements which grant reciprocal tax concessions to the contracting parties.
FTA with US may be delayed due to financial crisis
19-Oct-2008
The proposed free trade agreement (FTA) being negotiated between Malaysia and the US may face a delay following the impact of the global financial crisis especially on the American economy, a former US diplomat said. “On global trade agreements with our partners, there’s going to be some serious rethinking on financial services,” John Wolf, a 34-year career diplomat who was the ambassador to Malaysia from 1992-1995, told Bernama in an interview today.
Financial crisis top on agenda at IBSA summit
10-Oct-2008
When leaders of India, Brazil and South Africa meet next week for their annual trilateral summit, the one issue on top of their minds will be the unfolding financial crisis.
The Southern Bank: the result of the struggle of movements
4-Sep-2008 Choike
The Southern Bank is not just a bank, not even a further development bank. It is the expression of the struggle against a model that takes out resources from the poorest nations. If this bank no longer manages to represent such expression and becomes more of the same, the movement will have a new institution to resist.
US, China sign energy, environment accord
11-Jul-2008 CalTradeReport
The US and China have signed a framework for an agreement to define cooperation on energy and environmental issues and will soon launch negotiations to reach a comprehensive investment and financial services treaty.
India’s Baroda and Axis Banks’ eye Sri Lanka
4-May-2008
The Sri Lankan government is forging ahead with the Comprehensive Economic Partnership Agreement (CEPA) which will facilitate the entry here of two Indian banks - Bank of Baroda and Axis Bank, according to senior officials at the Central Bank.
RBI objects to bilateral trade agreements
11-Mar-2008 Business Standard
After political opposition to bilateral trade agreements, it is now the Reserve Bank of India that is raising the red flag on treaties signed by India.
FTA approval could be held up by unconstitutional clauses
19-Feb-2008 Hankyoreh
A South Korean parliamentary report says that some of the clauses of a free trade agreement with the United States — National Assembly’s right to dictate taxable items and tax rates — may be unconstitutional.
0 | ... | 120 | 140 | 160 | 180 | 200 | 220 | 240 | 260 | 280 | 300
Subscribe to bilaterals.org weekly