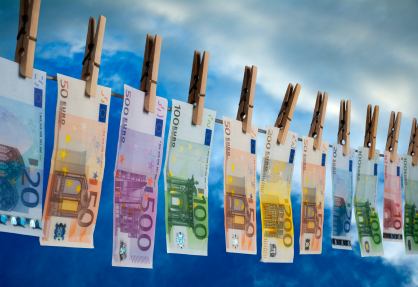 A free trade pact between the E.U., Colombia and Peru will increase the risk of illegal money flows and capital flight, said a report Wednesday from a group of Members of the European Parliament.

The FTA increases the likelihood of large-scale economic instability, tax evasion and laundering of drug money, according to the report commissioned from the Center for Research on Multinational Corporations of Amsterdam.

The author of the report said it is ’’incomprehensible that this trade agreement signed with Colombia and Peru, two of the main global cocaine producers, does not include any specific regulations to combat financial crime." She pointed out that the E.U. has included mechanisms in agreements with other countries, such as the FTA with Central America, to combat money laundering, organized crime and illicit flows of money.

Jurgen Klute, a German member of the European Parliament, also expressed concerns about the effect on development in Colombia and Peru. "This FTA could open the door to significant tax evasion and, in developing countries such as Colombia and Peru, this can mean a leak of sums that are essential to public expenditure."

Klute also questioned the liberalization of financial markets within the agreement, saying that "it is incredible that, while in the E.U. we are legislating to regulate and control financial markets, we subscribe at the same time to such obsolete agreements." Referring to the recent global financial crisis, he said the FTA implements ’’’The same neoliberal policies that have done so much damage to our people." He pointed out that since negotiations began, social movements and NGOs have rejected the agreement to an extent rarely seen before.

The European Parliament will vote on the FTA between the E.U., Colombia and Peru on December 11 at a plenary session in Strasbourg. The agreement was negotiated in 2010 and has taken two years to ratify.