Free trade fears in Snowy backflip
12-Jun-2006 The Age
The last-minute scrapping of the $3 billion Snowy Hydro float, attributed by the Government to the public outcry at the prospect of losing control of an "icon", may have been partly prompted by fears it would contravene Australia’s free trade agreement negotiated with the US last year.
Pakistan, US to soon sign BIT: Jahangir Karamat
7-Jun-2006
Former Pakistan ambassador to US, Gen (Retd) Jehangir Karamat has hoped Bilateral Investment Treaty (BIT) will soon be signed between Pakistan and US.
Signature of an investment protection agreement and a Declaration on Cooperation with Colombia
19-May-2006 Federal Administration
Switzerland and Colombia signed two agreements in Bern on 17 May 2006. The first was an agreement on the promotion and reciprocal protection of investments between Switzerland and Colombia. The second was a Declaration on Cooperation between the European Free Trade Association (EFTA) and Colombia.
Ecuador sends military to seized oil facilities
17-May-2006 Globe and Mail
Ecuadorean President Alfredo Palacio sent troops to guard oil facilities seized from Occidental Petroleum Corp. as they are transferred to state control, officials said Tuesday.
UK and Mexico sign trade agreement in Vienna
13-May-2006 MercoPress
United Kingdom and Mexico signed Friday a bilateral Investment Promotion and Protection Agreement (IPPA) in Vienna.
Beans for Lima: Activists are fighting a new agreement between the US and Peru
12-May-2006 Grist Magazine
What are the environmental impacts of the Peruvian-US free-trade agreement?
No date set for next round of UAE-US free trade talks
11-May-2006 Gulf News
The fifth round of free trade negotiations between the UAE and the United States ended in Abu Dhabi yesterday without agreement. The closely guarded negotiations, held amid a virtual media blackout, centred around two core issues: investment and labour laws.
Pakistan and US to enhance trade, economic relations
6-May-2006
The United States has appreciated Pakistan’s trade and investment policies as liberal and attractive and has suggested to the government of Pakistan to arrange a meeting with all US companies working in Pakistan at a proper forum to know their concerns about making investment in Pakistan and subsequently devise a mechanism to address their concerns as it would go a long way in attracting foreign investment in Pakistan. 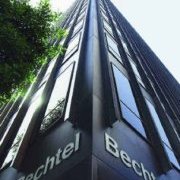 Treaties to protect foreign investors
27-Apr-2006 Frontline
Bilateral investment treaties have become potential weapons of multinational companies against developing country governments and societies. India has signed more than 50 of them. Yet BITs remain largely outside the domain of public discussion.

Pitfalls in signing BIT with US
24-Apr-2006 Dawn
A bilateral investment treaty (BIT) with the United States was billed to be signed during President Bush’s visit to Islamabad last month. However, the signing ceremony was put off because the US draft contained some provisions which President Musharraf said were highly objectionable and needed to be renegotiated.
"US-India Strategic Economic Partnership": Kowtowing to American big business
22-Apr-2006 countercurrents
The Report of the US-India CEO Forum titled "US-India Strategic Economic Partnership", which was released during the recent Bush visit, has not attracted much media attention in contrast to the hype over the nuclear deal.
US: Ecuador oil-tax law violates treaty
22-Apr-2006 AP
A US Embassy spokeswoman said Friday that a newly approved oil-tax law designed to cut into windfall profits of foreign oil producers, like US-based Occidental Petroleum Corp, violates a bilateral investment treaty.
Pakistan, US agree to conclude BIT soon
14-Apr-2006 Daily Times
Pakistan and United States on Thursday agreed to conclude Bilateral Investment Treaty (BIT) as early as possible.

Opening up to worries
13-Apr-2006 Sun2Surf
An interview with Chee Yoke Ling of Third World Network on globalisation, WTO and FTAs
Free trade pacts are bad for business
25-Mar-2006 Forbes
The WTO on March 22 issued a report criticizing the US pursuit of free trade agreements. The report claims that US free trade agreements create political interests in other countries, which complicate the multilateral process.
Agreement on promoting investment in Pakistan
19-Mar-2006
A joint venture agreement between Brunei Investment Agency (BIA) and the government of the Islamic Republic of Pakistan was signed yesterday.
Inching closer to a bilateral deal
17-Mar-2006 TMCnet
Indian and Chinese economic relationship is set to get a leg up with the two countries closing in on signing a Bilateral Investment Protection Agreement (BIPA), which will help investments from across the border, some of which have been seen with suspicion in the recent past.
Investment text proposed by US to Thailand (2006)
17-Mar-2006
Draft investment chapter of US-Thailand FTA as proposed by US
Bush concerned about collapse of ports deal
10-Mar-2006
President Bush says he is concerned about international reaction to congressional opposition to a Dubai-owned company managing operations at some US ports. Opposition led the firm to announce it would transfer port operations to a US entity.
Saudi Arabia, Switzerland to sign investment protection accord
8-Mar-2006
Saudi Arabia and Switzerland plan to sign an investment protection agreement during the visit of Swiss Minister of Economy Joseph Deiss to the Kingdom on April 1 this year.
0 | ... | 1300 | 1320 | 1340 | 1360 | 1380 | 1400 | 1420 | 1440 | 1460 | ... | 1540
Subscribe to bilaterals.org weekly