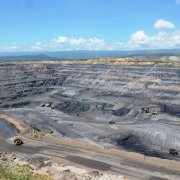 Colombian courts must not be undermined by shadowy international tribunals, say campaigners
20-Sep-2022 Institute for Policy Studies
International organizations appeal to Colombia’s highest court over human rights violations at one of the largest open pit coal mines in the world.
Montero Mining seeks CAD$ 90,000,000 in damages from the Tanzanian Government for expropriation of the Wigu Hill project
24-Aug-2022 Junior Mining Network
Montero Mining and Exploration Ltd. is seeking compensation of CAD$ 90 million from Tanzania over the expropriation of the Wigu Hill Rare Earth Element Project.
Boris Johnson’s half-brother to sue Mongolia for $50mn in a mining investment dispute
22-Aug-2022 BNE Intellinews
The half-brother of ousted UK Prime Minister Boris Johnson says he will bring a $50mn lawsuit against Mongolia to try to recover an investment into a mining project that went horribly wrong. 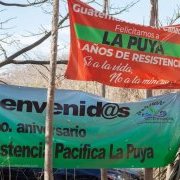 KCA, a Reno Nevada based mining company, suspended gold mine in Guatemala
28-Jul-2022 Sierra Nevada Ally
However, locals feel latent tension that the imminent consultation process or the arbitration suit could revive earlier threats, violence, and legal persecution from company employees and contractors.
Thai gold mine blamed for sickening local villagers is set to reopen
11-May-2022 Mongabay
Citing the free-trade agreement between Australia and Thailand, Kingsgate, announced in November 2017 that it had filed a suit against Thailand at an international arbitration tribunal.
Serving of notice of dispute
5-May-2022 Ascent Resources
Amendments to the mining law in Slovenia which prohibit the use of any hydraulic stimulation in mining exploitation constitute further breaches of the protections established by the BIT and the ECT.
Business group blasts Mexico’s new lithium law as violating trade deal
28-Apr-2022 Reuters
A Mexican law that nationalizes its future lithium industry violates its trade obligations under the CPTPP, the International Chamber of Commerce said.
T-MEC, an obstacle to lithium nationalization
21-Apr-2022 The Daily Guardian
State exclusivity in the lithium value chain can violate the treaty between Mexico, the United States and Canada (T-MEC).
Ousted Pakistani leader as challenging investment treaties that give corporations excessive power
15-Apr-2022 Inequality.org
Mexico and many other countries are facing anti-democratic corporate lawsuits like the case that pushed Khan to withdraw from international investment agreements.
Imran Khan’s Reko Diq Deal is malicious for Balochistan
12-Apr-2022 News Intervention
Several aspects of Reko Diq deal with Barrick Gold are still concealed and Balochistan is not aware of the details of the agreement, say civil society members and politicians from the region. 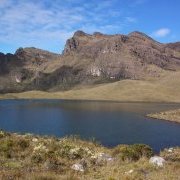 The conflict between traditional miners in Marmato and Canadian transnational mining companies: Another ISDS dispute over natural resources in Colombia
31-Mar-2022 IISD
In Marmato, the foreign investment promotion and protection system facilitated the transformation of the traditional small-scale mining regime into a transnational large-scale mining regime.
Celebrating global resistance against extractivism: from Mexico to Ireland
29-Mar-2022 The Canary
On 1 January 1994, the Zapatistas’ movement against the Mexican state’s extraction of their lands was reborn, as a response to the implementation of the North American Free Trade Agreement (NAFTA).
Pakistan evades $11b Reko Diq penalty
21-Mar-2022 The Express Tribune
In 2019, the ICSID tribunal had given an award over $6 billion against Pakistan to the TCC. At the same time, the London Court of Arbitration also imposed another $4 billion fine on Pakistan. 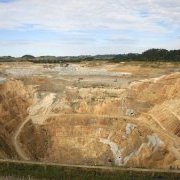 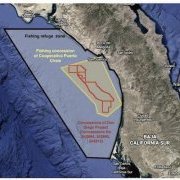 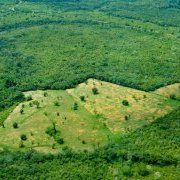 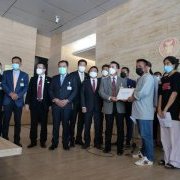 Toxic mine to re-open after Australian gold miner sues Thai Government
15-Feb-2022 AFTINET
Environmental defenders in Thailand have slammed a decision by the Thai Government to reinstate formerly revoked mining licenses following a lengthy legal battle in an international arbitration tribunal.
Thai Prime Minister under fire over reopening of Australian gold mine
8-Feb-2022 The Sydney Morning Herald
The mine was shut amid accusations of villagers being poisoned by leaking toxic waste. Kingsgate, whose Thai subsidiary Akara Resources had operated the mine since 2001, filed an international arbitration lawsuit.
Mexico seeks to settle $1.1 bln Vulcan suit over limestone mine closure
4-Feb-2022 Reuters
The Mexican government said on Thursday that it is negotiating the settlement of a $1.1 billion lawsuit by Vulcan Materials Co over a government effort to shutter its limestone mine.
0 | 20 | 40 | 60 | 80 | 100 | 120 | 140 | 160 | ... | 320
Subscribe to bilaterals.org weekly