Government bars unions from ‘seat at the table’ in trade talks
2-Sep-2021 The Independent
UK Prime Minister and the trade department are blocking trade unions from sensitive trade talks despite unions’ offers to sign confidentiality agreements, according to leading labour representatives.
Timeline shifts for UK-NZ free trade deal
2-Sep-2021 RNZ
A free trade deal with the UK is taking longer than both sides had hoped.
First meeting for UK’s CPTPP inclusion to be held in a month, Japan minister says
1-Sep-2021 Reuters
Member countries of the Comprehensive and Progressive Agreement for Trans-Pacific Partnership (CPTPP) agreed to hold within a month a first meeting with Britain to discuss its inclusion in the trade deal.
UK-New Zealand trade pact ‘expected in days’ affecting meat, wine and jobs
30-Aug-2021 The Independent
The UK is on the brink of signing a trade agreement with New Zealand which is expected to mirror Britain’s controversial deal with Australia over agricultural imports.
UK aims to conclude Pacific trade group talks next year - FT
30-Aug-2021 Reuters
Britain aims to conclude negotiations to join the trans-Pacific trade group by the end of 2022, said International Trade Secretary Liz Truss.
China Is the biggest winner from Africa’s new free trade bloc
28-Aug-2021 Foreign Policy
AfCFTA was supposed to usher in a new era of continental trade and economic growth—but Beijing’s not letting that happen.
Turkey, UK to start talks on more comprehensive free trade deal
27-Aug-2021 Daily Sabah
London and Ankara will start negotiations on a more comprehensive trade pact next year, a British minister said. 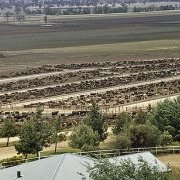 Why a hasty trade deal may not be good for us – or for the environment
26-Aug-2021 Friends of the Earth
What precedent might be set by the new Australia trade deal and what could it tell us about the future for UK environmental standards?
UK releases NZ free trade negotiation details as agreement nears
23-Aug-2021 RNZ
A free trade deal with the United Kingdom is getting closer, with both sides set to sign an agreement in principal by the end of the month.
HSBC initiates legal proceedings against El Salvador claiming breach of treaty with UK
19-Aug-2021 Reuters
HSBC Holdings said the banking group has initiated legal proceedings against El Salvador for what the company called a breach of the nation’s investment treaty with the UK.
UK aims to start trade talks with India this year
18-Aug-2021 Reuters
The United Kingdom said on Tuesday it aims to start negotiations for a trade agreement with India by the end of the year.
Two-thirds feel ‘left in the dark’ about impact of post-Brexit trade deals
13-Aug-2021 The Independent
A quarter of consumers who took part in a poll said they felt the British Government was “not at all open” about the impact of new trade deals.
India will fast track trade deals with six nations: Commerce Secretary
12-Aug-2021 Business Standard
India will fast-track free trade agreements (FTAs) with at least six nations — including the UAE, the UK, Australia, Canada, and the EU.
Brexit: Western Sahara indy campaign takes UK Government to court
3-Aug-2021 The National
A CAMPAIGN group backing independence in Western Sahara is to take the UK Government to court over a post-Brexit trade agreement with Morocco.
’We want an Aussie-style agreement’
3-Aug-2021 Dairy News
What happens in the next six weeks will be critical for New Zealand to secure a free trade agreement with the UK, according to the executive director of the Dairy Companies Association.
UK ’closing in’ on free trade agreement with New Zealand
2-Aug-2021 Reuters
Britain is nearing an agreement in principle on a free trade deal with New Zealand, its trade ministry said, as London looks to bolster its post-Brexit trade ties with non-EU partners.
Brexit: Australia trade deal may lead to deal with South America, where intensive farming destroys rainforests
2-Aug-2021 The Independent
‘Any policy allowing imports that do not match UK animal welfare policies simply props up an industry the public has firmly rejected,’ says critic.
Kenya, UK to digitise trade after signing the EPA agreement
28-Jul-2021 The East African
Kenyan-based TradeMark East Africa and the UK-based Institute of Export and International Trade signed a memorandum of understanding providing a framework for collaboration in the implementation of a digital trade corridor between the UK and Kenya.
Outrage as Italy faces multimillion pound damages to UK oil firm
26-Jul-2021 The Guardian
Secretive tribunals allow fossil fuel companies to sue governments for passing laws to protect environment.
EU says it will not renegotiate Brexit NI deal
22-Jul-2021 RTE
Britain has demanded that the European Union agrees to rewrite a deal overseeing the post-Brexit trade involving Northern Ireland just a year after it was agreed with the bloc.
0 | ... | 100 | 120 | 140 | 160 | 180 | 200 | 220 | 240 | 260 | ... | 1020
Subscribe to bilaterals.org weekly