The Colombia trap
17-Mar-2008 AlterNet
There have been a lot of surprising developments in recent days on the Colombia FTA, most recently with Dem leadership seeming to be suggesting that there could be a vote on the Colombia FTA if there is more trade adjustment assistance. (As we’ve argued before, it’s hard to get all worked up for TAA, because it is highly inadequate to the scope of the problem, but that’s for another time.)
“Without corn, there is no country”
17-Mar-2008 Narco News
International Women’s Day marchers target NAFTA and free trade on the streets of San Cristóbal, Chiapas 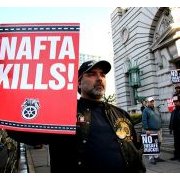 What does "NAFTA-gate" mean for social movements?
13-Mar-2008 rabble
The current discussion of renegotiation of NAFTA presents a challenge for social movements, many of which prefer abrogation. But one thing it definitely offers is an opportunity to organize.
Agriculture officials have beef with Mexico-Canada trade agreement
11-Mar-2008 Brownsville Herald
Mexico and the US Department of Agriculture are negotiating a trade agreement that would presumably pave the way for the export of US breeding stock. The announcement comes on the heels of a trade agreement last week that includes breeding stock between Mexico and Canada.
Parliamentarians from the three NAFTA countries announce taskforce on NAFTA renegotiation
8-Mar-2008
Following a conference held on March 5th at the Carnegie Endowment for International Peace, which took a critical look at how NAFTA has impacted the North American region, legislators from Canada, the US and Mexico agreed today to launch a Task Force to push for renegotiating the North American Free Trade Agreement (NAFTA).
Jean Charest disturbed by U.S. talk of reopening free-trade deal
4-Mar-2008
Premier Jean Charest is using talk of reopening the North American free-trade deal to help his efforts to get a free-trade accord between Canada and the European Union.
Obama and Clinton: Anti-NAFTA
1-Mar-2008 Milenio
Two aspiring candidates for the democratic presidential nomination made it clear in the Ohio debate that the US will abandon NAFTA if its environmental and labour standards are not renegotiated.
Emerson hints oil would be back on table if U.S. reopens NAFTA
28-Feb-2008
Trade Minister David Emerson suggested the United States has a sweet deal over access to Canada’s oil under the North American Free Trade Agreement, saying the two Democratic presidential candidates calling for renegotiations may not know just how good the U.S. has it under the deal.
Obama hits Clinton on NAFTA support
24-Feb-2008
Barack Obama accused Democratic presidential rival Hillary Rodham Clinton on Sunday of trying to walk away from a long record of support for NAFTA, the free trade agreement that he said has cost 50,000 jobs in Ohio, site of next week’s primary. 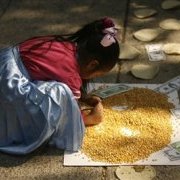 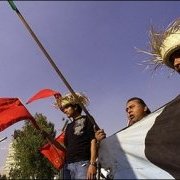 Corporate globalisation: Standing at the end of the road
13-Feb-2008 CounterPunch
Corporate globalization, savagely embodied by NAFTA, is not just a threat to Mexican farmers and rural villagers. The economic, health, and social damage created by industrial agriculture, corporate globalization, and the patenting and gene-splicing of transgenic plants and animals, are inexorably leading to universal "bioserfdom " for farmers, deteriorating health for consumers, a destabilized climate (energy intensive industrial agriculture and long-distance food transportation and processing account, directly or indirectly, for 40% of all climate-disrupting greenhouse gases), tropical deforestation, and a rapid depletion of oil supplies.
Sugar industry drops bid to restrict trade
12-Feb-2008 The Statesman
The US sugar industry announced Friday it was abandoning efforts to insert a provision in the federal farm bill that would renew restrictions on the sugar trade between the United States and Mexico.
Mexicans say: Integrate this!
8-Feb-2008 FPIF
Despite various and sometimes divergent interests, the Mexican campaign against NAFTA is finding a focus.
Mexican farmers protest NAFTA hardships
8-Feb-2008 PWW
Mexico’s President Felipe Calderon is moving to implement a new wave of “neoliberal” policies which are being repudiated by numerous other Latin American countries.
From NAFTA to the SPP: Here comes the Security and Prosperity Partnership, but—what security? whose prosperity?
7-Feb-2008 Dollars and Sense
Designed to shore up the United States’ weakening position as a global hegemon, the SPP’s primary goals are to link economic integration of the three NAFTA countries to US security needs; deepen U.S. access to oil, gas, electricity, and water resources throughout the continent; and to provide a privileged-and institutionalized-role for transnational corporations in continental deregulation. The stakes for labor, the environment, and civil liberties in all three countries couldn’t be higher. Yet because of the SPP’s reliance on executive authority to push the agenda, many of the SPP’s initiatives remain virtually invisible, even to many activists.
Growers, users in NAFTA faceoff
5-Feb-2008 Palm Beach Post
Fourteen years after approval of the North American Free Trade Agreement, a behind-the-scenes struggle is being waged over one of its last provisions — the unrestricted trade of sugar between the United States and Mexico.
Mexico won’t curb sugar imports that increase surplus
3-Feb-2008 Bloomberg
Mexican Agriculture Minister Alberto Cardenas said the government won’t act to curb imports of US sugar that domestic producers say will add to a surplus, reducing prices and profit. Instead, Mexican and US companies should sort out their own limits, he said. 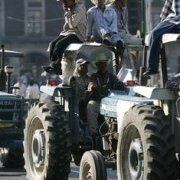 Mexican farmers stage protest over US imports
1-Feb-2008 Reuters
Thousands of Mexican farmers, some herding cows, flooded into the capital on Thursday and set a tractor on fire to demand government protection against cheap US farm imports under NAFTA.
NAFTA awakens the ghost of Pancho Villa
27-Jan-2008 Newspaper Tree
Convened two years before the 100th anniversary of the 1910 Mexican Revolution and the 200th anniversary of the 1810 War for Independence, Mexico’s latest farmer protest is now gathering force with strong historical and political overtones. Farmers intend to follow the same route that Pancho Villa took on his 1914 march into Mexico City, and on which an anti-NAFTA protest was conducted by protestors on horseback in 1999
USDA says "managed" trade agreements would hurt NAFTA
24-Jan-2008 Brownfield Network
Sugar producers in the US and Mexico are suggesting new trade limits and rules for sugar be considered. But USDA Under Secretary Mark Keenum, one of the dignitaries recently in Mexico to celebrate the full implementation of the North American Free Trade Agreement, says no single commodity should be allowed to set new trade rules.
0 | ... | 700 | 720 | 740 | 760 | 780 | 800 | 820 | 840 | 860 | ... | 880
Subscribe to bilaterals.org weekly