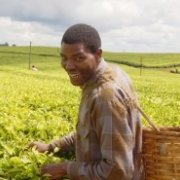 Kenya: Tea market tumultuous as trading partners change
23-Sep-2008 IPS
Tea used to be Kenya’s major cash crop earner but ever since the world’s largest consumer of tea, Pakistan, entered into a free trade agreement with seven of its Asian neighbours, the local tea industry has been haemorrhaging.
Pak-China 4th-round of negotiations on FTA in service sector successfully completes
20-Sep-2008
The 4th round of negotiations on FTA in service sector to make the existing FTA more comprehensive has been successfully completed,
US pushing Pakistan to accept draft of investment treaty
4-Sep-2008 The News
The US administration is pushing Pakistan to accept newly placed draft of Bilateral Investment Treaty (BIT), which has been signed only by few African countries, The News has learnt.
Pakistan and Indonesia negotiating to sign Free Trade Agreement
22-Aug-2008
Indonesia and Pakistan are actively engaged in negotiations to sign Free Trade Agreement (FTA), which would help in raising the volume of bilateral trade up to one billion dollars mark.
Pakistan, Korea to explore possibility of FTA
15-Aug-2008 APP
Pakistan and the Republic of Korea will explore the possibility of concluding a Free Trade Agreement (FTA)
Pakistan, US to resume stalled negotiations on BIT soon: US official
11-Aug-2008 APP
Pakistan and the United States have agreed to resume stalled negotiations on Bilateral Investment Treaty (BIT), with the objective of deepening their strategic relations in various fields, a senior US official said Monday.
Dhaka mulls free trade pacts with India, Pak, Sri Lanka
5-Aug-2008 Economic Times
Bangladesh has decided to sign bilateral free trade agreements (FTA) with three major South Asian trading partners - India, Pakistan and Sri Lanka - in view of the failure of multilateral trading arrangements to serve the country’s interests.
Decision on FTA with India, Pakistan, Lanka likely today
2-Aug-2008
The government will finally take a decision in a meeting today on signing of a free trade agreement (FTA) with its neighbouring trading partners India, Pakistan and Sri Lanka.
Pakistan and Japan FTA study by November end
23-Jul-2008 Pakistan Daily
A Joint Study Group of Pakistan and Japan considering the feasibility of Free Trade Agreement between Islamabad and Tokyo would submit its draft report to the two governments by the end of November 2008.
Pak-US trade and investment framework agreement has yet to get off the ground
21-Jul-2008 Jang
Back in June 2003, then Finance Minister Shaukat Aziz, who had signed the Trade and Investment Framework Agreement on Pakistan’s behalf, said that Pakistan hoped the TIFA would eventually lead to a Free Trade Agreement between the two countries. But neither at that time nor in all the years since then has there been any promise from the US side to follow-up on a Free Trade Agreement.
Pakistan, Morocco to accelerate work on PTA, FTA
20-Jul-2008 APP
Pakistan and Morocco have agreed to accelerate work on Preferential Trade Agreement and Free Trade Agreement at the conclusion of the First Session of the Joint Ministerial Commission between the two countries held in Rabat on July 17-18, 2008.
Gilani: Malaysia and Pakistan should exploit huge consumer base via FTA
7-Jul-2008 NST
Malaysia and Pakistan should exploit their huge consumer market through a free trade agreement (FTA) to support each other’s industrial growth, Pakistani Prime Minister Syed Yousuf Raza Gilani said.
Trade, investment Promotion inevitable for Economic Integration of SAARC: President
3-Jul-2008
"Enhancement of trade and investment is inevitable for economic integration of SAARC, where enormous potential already exits in areas of trade, investment and services, which need to be tapped in true perspective through pooling up resources and synergizing efforts at Government and Public sector level".
Saudis plan to grow crops overseas
13-Jun-2008 FT
Saudi Arabia has unveiled plans to develop large-scale overseas agricultural projects to secure food supplies, revealing that Riyadh is in discussions with Ukraine, Pakistan, Sudan, Turkey and Egypt.
Second round of negotiations on CEPA starts in Islamabad today
12-May-2008
The second round of negotiations between Srilanka and Pakistan on Comprehensive Economic Partnership Agreement (CEPA) starts in Islamabad today (Tuesday).
Pakistan, Mauritius to activate FTA in 18 months
12-May-2008
Pakistan and Mauritius agreed to operationalise a free trade agreement between the two countries within 18 months to boost South-South trade. Addressing a press conference at the Ministry of Commerce after the conclusion of a three-day 7th Joint Working Group (JWG) meeting, Anand Priyay Neewoor, the head of Mauritius delegation, said the issue of sensitive products would be settled once the FTA became operational between the two countries.
Kenya tea loses its flavour in Pakistan
11-May-2008
A tactical manoeuvre by Pakistan into bilateral free trade arrangements with several Asian neighbours is threatening to throw its multi-billion shilling-a-year-tea trade with Kenya into a spin.
Bilateral Investment Treaty can spur US-Pakistan economic ties: Negroponte
6-May-2008
A top US diplomat has said the conclusion of a bilateral investment treaty with Pakistan would bolster economic and trade ties between the private sectors of the two countries.
New free trade accord with China soon: Musharraf
17-Apr-2008 Dawn
President Pervez Musharraf said on Tuesday that Pakistan and China were close to signing another Free Trade Agreement (FTA) on trade and services that would further boost their economic and commercial ties.
Pakistan and Sri Lanka to expand the scope of free trade agreement
15-Apr-2008 Asian Tribune
The trade agreement has opened central Asian countries adjacent to Pakistan to new Sri Lankan exports.
0 | ... | 400 | 420 | 440 | 460 | 480 | 500 | 520 | 540 | 560 | ... | 780
Subscribe to bilaterals.org weekly