Sweetheart Deal
6-May-2008
The deadline for completion of a new farm bill has been pushed back to May 16. But the endless wrangling over a piece of legislation that Congress once hoped to finish in 2007 has not induced a significant change in the thinking of those who regard it as an opportunity to lock in lush new benefits for American agricultural producers.
Millers hassled as State ups sugar imports quota
24-Feb-2008
Sugar sector players have finally agreed on a raft of radical proposals aimed at boosting the competitiveness of the ailing industry ahead of full liberalisation in 2012.
Sugar industry drops bid to restrict trade
12-Feb-2008 The Statesman
The US sugar industry announced Friday it was abandoning efforts to insert a provision in the federal farm bill that would renew restrictions on the sugar trade between the United States and Mexico.
Growers, users in NAFTA faceoff
5-Feb-2008 Palm Beach Post
Fourteen years after approval of the North American Free Trade Agreement, a behind-the-scenes struggle is being waged over one of its last provisions — the unrestricted trade of sugar between the United States and Mexico.
Mexico won’t curb sugar imports that increase surplus
3-Feb-2008 Bloomberg
Mexican Agriculture Minister Alberto Cardenas said the government won’t act to curb imports of US sugar that domestic producers say will add to a surplus, reducing prices and profit. Instead, Mexican and US companies should sort out their own limits, he said.
USDA says "managed" trade agreements would hurt NAFTA
24-Jan-2008 Brownfield Network
Sugar producers in the US and Mexico are suggesting new trade limits and rules for sugar be considered. But USDA Under Secretary Mark Keenum, one of the dignitaries recently in Mexico to celebrate the full implementation of the North American Free Trade Agreement, says no single commodity should be allowed to set new trade rules.
Text of US-Mexican sugar industry deal (2008)
23-Jan-2008 IATP
The US and Mexican sugar industry are trying to get a deal adopted by their governments to regulate sugar trade, now that NAFTA has dismanteled all remaining tariffs between the two countries as of 1 January 2008.
Corn growers riled by policy
20-Jan-2008 Daily Advertiser
US and Mexican sugar growers have agreed on a plan to control sugar trade between the two countries, now that duties on corn, sugar and other farm commodities have ended
Mexican sugar industry anxious ahead NAFTA opening
12-Dec-2007 The Guardian
Three weeks before the United States and Mexico lift the last barriers to trade in sweeteners, sugar mill owners and cane farmers south of the border are worried they are in poor shape to compete.
Caribbean may sue to reinstate EU sugar deal
12-Oct-2007 IPS
Caribbean Community leaders may try to reinstate the EU sugar protocol through an international court. 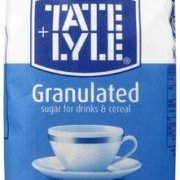