GEORGETOWN, Guyana, Oct 2 (IPS) — Since the World Trade Organisation began asserting itself in the 1990s, there has been talk that former European colonies like those in the Caribbean would be devastated by new global trade rules that would wipe away gains from preferential trade agreements dating back to the colonial era.

In recent years, the 79-nation African, Caribbean and Pacific (ACP) group of countries has been negotiating so-called Economic Partnership Agreements (EPAs) with the European Union that would replace the two previous multilateral agreements that governed relations between the two — the Lome Convention and the Cotonou Agreement. 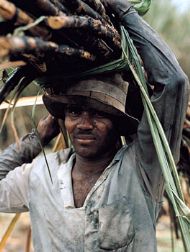 In the last week, sugar-producing nations in the Caribbean in particular were reminded about the depth of the changes and the problems that will accrue when the EU unilaterally renounced a 32-year sugar protocol that had guaranteed fixed quotas and prices and an unlimited duration for shipments from ACP countries, including the Caribbean.

Caribbean ministers acknowledge that the move was not entirely unexpected as negotiations for the EPA are ongoing and are scheduled to end in time for a new regime to begin in January. What governments are upset about is the fact that the protocol was abandoned without clear indications of how exactly sugar will be treated in the new EPA.

Under Lome, sugar reigned as king with fixed quotas and fixed prices, but the root of growing tensions between the two over sugar — the pace of negotiations and what the new EPA will look like — has as much to do with uncertainty in the region as to whether a hatchet job is being done on an industry that some say has a very limited future but which many Caribbean countries argue is crucial to their economies.

The announcement about the scrapping of the protocol came the same day the Caricom Secretariat, the headquarters of the regional trade bloc, announced that the situation regarding the EPA talks had reached such a critical stage that prime ministers and presidents were flying to western Jamaica for a weekend meeting with EU Trade Commissioner Peter Mandelson and Louis Michel, commissioner for development and humanitarian aid.

The goal was to iron out differences over what Europe had complained was the slow pace of negotiations. Henry Jeffrey, Guyana’s trade minister and regional spokesman on sugar, perhaps put it best when he said that the region will not be rushed into signing any EPA that fails to meet core demands.

"We will negotiate sensibly and will sign when we think we have a good EPA with benefits that we think the Caribbean should get," Jeffrey vowed. He said the EU had asked the Caribbean to jointly renounce the protocol but thinks it jumped the gun with time still left to indicate how sugar will be dealt with.

Sugar is a key export product for Guyana, Jamaica and Belize in particular. Barbados is the other player, but it is a relatively small producer. The problems the industry has experienced in recent years, including a 36 percent price cut by the EU in 2005, third country challenges to the legality of the protocol and high production prices, have already forced Trinidad and St. Kitts to quit after more than 400 years in the business. 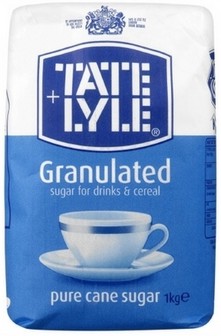 The Caribbean produces about 650,000 tonnes of sugar a year, with about half going to the EU, some to the U.S. market and the remainder for domestic consumption and to markets in South America and outside the trade bloc. The EU market pays at least three times more than world prices, hence the fight to keep protocol alive in its current form.

For its part, the EU says it has to comply with new trade rules, some of which will affect its own farmers.

The Caribbean lashed back by arguing that "the EU must take into account the sensitive nature of sugar and the multifunctional role it plays in the economies of the ACP countries. Market access should take into account what had been available in the protocol so that no country is worse off."

Such is the tone ahead of the weekend meeting in Jamaica that was originally planned as a ministerial-technical but has now been elevated to the level of heads of government and state.

Before the preparatory negotiations for EPAs began more than five years ago, the EU had been able to negotiate en bloc with the ACP, but it cleverly broke up the group of former colonies into six different areas, including East and Southern Africa, the Caribbean and the Pacific. Sugar powerhouses like Mauritius and Fiji are also livid with an EU that is pressuring them to sign off without saying what will be the fate of sugar in keeping with persistent promises that things will be fine.

"No ACP region has an agreement with the EU as to how the benefits of the sugar protocol would be integrated into the proposed new economic partnership agreements. The announcement came as no surprise given the unilateral manner in which the EU has treated this matter. If ever there was an absurdity, this was it," Jeffrey said.

ACP negotiators want current prices to be maintained at least until 2015 as an economic adjustment period, but some, like St. Kitts and Trinidad, say they have seen the writing on the wall and are out of the game.