EU-Vietnam trade deal begins Saturday
5-Aug-2020 UrduPoint
The EU’s controversial trade deal with Vietnam comes into force on Saturday, despite criticism that it ignores environmental and human rights concerns about the communist state.

Japan’s painful choice on RCEP
3-Aug-2020 The Diplomat
There are those in Japan who insist that the RCEP agreement must be signed even without Indian participation. The signing is scheduled for November in Hanoi. 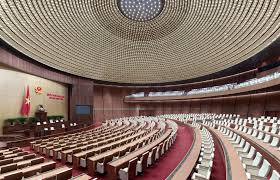