Official signing of Korea-EU FTA postponed to May
18-Mar-2010 Arirang
The postponement is due to prolonged translation procedure by EU and does not mean changes in substance of pact or delay in implementation schedule (October 2010)
Imminent EU-S. Korea trade deal will bring £500m benefit to British business
16-Mar-2010 FBT
A new UK government report outlines 100 business opportunities for British firms from the EU-Korea FTA
S. Korea, EU to hold ministerial meeting over free trade deal
15-Mar-2010 Yonhap
Trade ministers from South Korea and the European Union will meet in Brussels on Monday to assess the progress of the final steps toward a bilateral free trade agreement 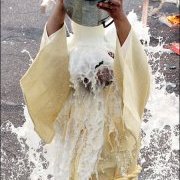 Gov’t to prop up milk industry as FTA kicks in
8-Mar-2010 Yonhap
Korea will maintain 2 million tons of milk production annually to help the local dairy industry deal with an influx of imports once a free trade pact with the European Union (EU) goes into effect, the government said yesterday.
Korean trade deal could fall under Lisbon rules
21-Jan-2010 EUObserver
Speculation is rife within trade circles that the EU’s free trade agreement with South Korea could be in for a rough time from newly-empowered MEPs who strongly oppose aspects of the deal.
FFII calls to remove IP chapter from EU-Korea free trade agreement
10-Jan-2010
The Foundation for a Free Information Infrastructure (FFII) calls upon the EU Parliament and member states to remove the intellectual property rights chapter from the EU - Korea Free Trade Agreement. 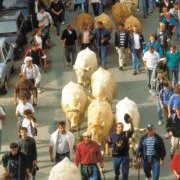 S.Korea-EU FTA indicates European beef imports may resume
20-Oct-2009 The Hankyoreh
According to a draft of the free trade agreement between South Korea and the European Union, once the FTA takes effect, European beef that has a higher risk for mad cow disease than U.S. beef could be allowed into the country.
EU grabs Korea trade pact that was ours
17-Oct-2009 Investors.com
"For Europe, the deal with Korea was easy. The US had already negotiated a trade pact of its own that was ready to go in 2006. Details of the EU-Korea treaty are nearly identical, so it’s obvious the Europeans just Xeroxed the US-Korea pact and will now walk off with the spoils," write a US business journal. 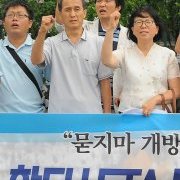