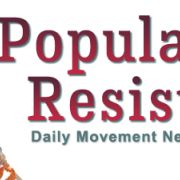 How popular resistance can defeat corporate power
3-Jun-2013 Alternet
Our first campaign as PopularResistance.org will be to stop the Trans-Pacific Partnership.
Companies weigh in ahead of talks on free trade agreement
30-May-2013 Irish Independent
Lobbying by EU and US companies is accelerating as the two continents prepare to negotiate on an agreement that will form the world’s largest free trade union. 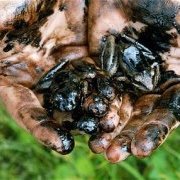 Chevron calls for strong investor rights chapter in US-EU trade deal
22-May-2013 rabble.ca
US energy giant Chevron is encouraging the United States to pursue a strong investment chapter and investor-state dispute settlement process in the proposed Transatlantic Trade and Investment Partnership with the European Union.
Global traders have opportunity to impact outcome of EU-US FTA negotiations
18-Apr-2013 Wall St Journal
United States and European Union companies involved in cross-continent trade in services, importing and exporting have less than 30 days to take advantage of an opportunity to interject their specific trade "wish lists" into the upcoming free trade talks.
EU trade guilds call for EU-India FTA
12-Apr-2013 Xinhua
Fifteen European business organizations issued a joint statement Friday, calling for both the European Union and India to speed up free trade agreement talks towards an ambitious trade agreement.
AmCham China: The right time for a bilateral investment treaty
10-Apr-2013 AmCham China
A bilateral investment treaty should be high on the list of trade priorities for political leaders in the US and China, writes the chairman of American Chamber of Commerce China
Japan’s entry into Trans-Pacific Partnership FTA raises opportunities and risks for US companies
25-Mar-2013 MWE
For US companies with export interests, Japan’s participation in the TPP could mean improved access to one of the world’s largest economies for US goods, services and investments including in agriculture, insurance, medical devices, autos and pharmaceuticals. 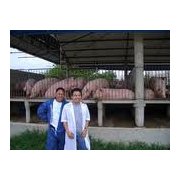 UK agri firms aim to cash in on EU-ASEAN FTA
14-Mar-2013 The Nation
British enterprises, particularly from the agriculture and agri-technology sectors, are expected to take advantage of the upcoming free-trade agreement (FTA) between the European Union and Thailand.

At your service: the European Services Forum’s privileged access to the EU Commission over EU trade policy
16-Feb-2013 CEO
A recent documentary on lobbying in the EU highlights the historically intimate links between the EU Commission and European services companies. New research reveals that they are as close as ever, working hand in glove to liberalise and deregulate services markets – from Canada to the ASEAN region, from the US to India.
Ag coalition says US-EU FTA must include agriculture
16-Nov-2012 NPPC
A coalition of US food and agricultural organizations led by the National Pork Producers Council reiterated that any US-EU FTA deal must include agriculture and that the EU must address non-tariff trade barriers.
0 | ... | 20 | 30 | 40 | 50 | 60 | 70 | 80 | 90 | 100 | ... | 200