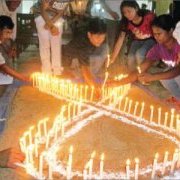 Call for International Week of Action against EU-India FTA
5-Oct-2010
We are calling for an international week of joint action from 4 October 2010 to 9 October 2010 to call upon the Government of India to reject the EU-India FTA, especially the provisions relating to intellectual property rights and investment.
People living with HIV call out EU hypocrisy on MDGs as it pushes FTAs
30-Sep-2010 Asia Pacific Network of people living with HIV/AIDS (APN+) and Delhi Network of positive people (DNP+)
People living with HIV call out EU hypocrisy on Millennium Development Goals as it forces its trade agreements on developing countries, seizes generic drugs and negotiates ACTA
India, EU take another step towards FTA
24-Sep-2010
Negotiations on a free trade agreement (FTA) between the European Union, the world’s largest economy, and India, one of the world’s fastest-growing economies, took one more step towards completion today, with chief negotiators concluding 2-day talks in Brussels. 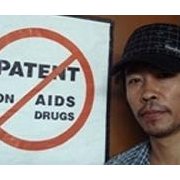 Appeal to sign on letter to Indian PMO on India-EU FTA
20-Sep-2010 DNP+
We request organizations and individuals across the world to join Delhi Network of Positive People in a sign on letter to issue a appeal to the Indian government to ’not sign on’ to any IP provisions in the FTA negotiations. 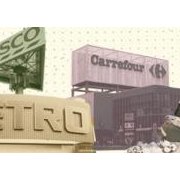 Corporate lobbyists set agenda for EU-India trade deal, new report shows
1-Sep-2010 CEO
The livelihoods of millions of small farmers, street traders and patients are at risk under the terms of a new trade deal being negotiated by the EU and India which has been hijacked by big business, a new joint report from Corporate Europe Observatory and India FDI Watch reveals 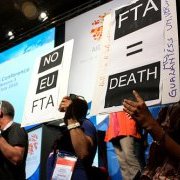 Right to health, medicine to be protected at all cost: Scindia
19-Aug-2010
India has said that it will not compromise on issues related to health and people’s right to medicine in the bilateral trade and investment agreement being negotiated with the European Union.
Trade talks with EU put drug manufacturers on edge
3-Aug-2010 IPS
There are already reports that India and the European Union will have a free-trade agreement ready by the end of August, causing more nervous chatter here in India
India, EU in new bid to clinch free-trade deal
25-Jul-2010 France 24
India and the European Union are to hold a fresh series of free-trade talks next month in Brussels in a bid to clinch a deal by the end of the year, an official said.
0 | ... | 310 | 320 | 330 | 340 | 350 | 360 | 370 | 380 | 390 | ... | 490