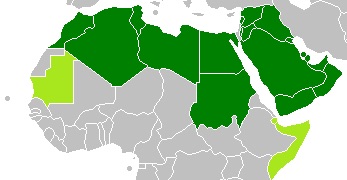 The Arab League has a long history of trying to foster trade and economic cooperation among its member states, with several initiatives taken in the 1950s and 1960s.

In 1981, an agreement to facilitate and promote inter-Arab trade was signed, but to little effect.

In March 2001, it was decided to speed up the liberalisation process, and on 1 January 2005 the elimination of most tariffs among the GAFTA members was enforced.

The 17 states that are members of GAFTA are: Algeria, Bahrain, Egypt, Iraq, Kuwait, Lebanon, Libya, Morocco, Oman, Palestine, Qatar, Saudi Arabia, Sudan, Syria, Tunisia, United Arab Emirates and Yemen. Others are in the process of joining.

‘Full, free’ trade agreement can enhance inter-Arab ties
14-May-2013 Gulf Times
The full implementation of the Greater Arab Free Trade Area (Gafta) has the potential of achieving greater economic integration, QNB has said in an analysis.
Arabs agree to establish a free trade zone by 2015
22-Jan-2013
The agreement to create a customs union to establish a free trade area in 2015 stands out among the results of the Third Summit of Arab Economic and Social Development, which closed here today.
Leaders set to approve Arab customs union
19-Jan-2009 Gulf Daily News
Arab leaders are to approve a customs union - the first step to a common market - as well as a power grid and a rail network at their first economic summit in Kuwait, it was revealed yesterday.
Official: Kuwait summit serious step towards establishing Arab economic bloc
18-Jan-2009 Xinhua
The General Union of Chambers of Commerce, Industry, and Agriculture for Arab Countries said Saturday that the first Arab economic summit slated to be held on Jan. 19-20 will be a serious step to boost efforts to establish an Arab economic bloc.
The Arab Economic Summit: a market approach to development
13-Jan-2009 Daily Star
As a regional grouping, the Arab countries have shown great interest in fostering their economic cooperation and integration, but with relatively limited success. A fresh attempt in this direction is in the offing with the holding of an Arab Economic Summit in Kuwait on January 19-20.
Greater Arab free trade zone no longer useful
27-Dec-2008 UAE Daily News
Arab states should not pursue the process of establishing the greater trade zone "because it won’t be useful," an Arab League official says
Yemen lost $145m due to Arab Free Trade Zone
19-Feb-2008 AME Info
Yemen lost $154m during 2005-2007 due to gradual reduction for customs and tax tariff within the agreement of the biggest Arab Free Trade Zone
No commitments to implementing the Arab Free Trade Agreement
24-Jan-2008 Dar Al Hayat
The president of the Association of Lebanese Industrialists questions the fate of the Arab Free Trade Agreement ten years after its actual implementation.
Egypt ups trade ante
6-Jun-2006 ITP.net
The World Economic Forum on the Middle East concluded in Egypt last month with the drawing up of a list of objectives aimed at driving the growth of the regional economy. In the wake of these talks one thing is clear; business in many sectors is booming and Egypt’s manufacturing industry is reaping the rewards of the Arab Free Trade Agreement (AFTA).
Arab agricultural engineers review effects of free trade zone
24-May-2006 MENAFN
The Arab Agricultural Engineers Union on Monday convened its 16th technical conference to discuss "Agricultural Integration under the Establishment of Greater Arab Free Trade Zone." The zone, which came into effect in late 2005, includes 18 member states and represents 94 per cent of all Arab trade.
0 | 10
Subscribe to bilaterals.org weekly