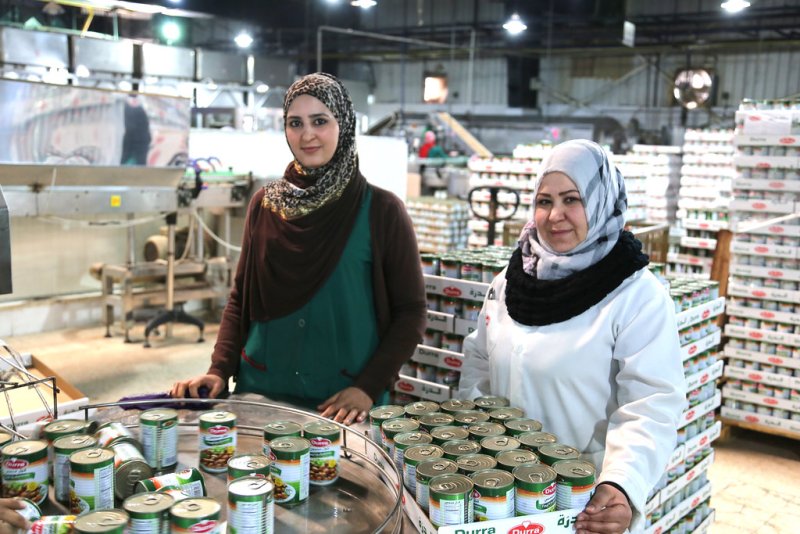 Jordan, Turkey sign free trade deal
2-Dec-2009 AFP
Turkish President Abdullah Gul and Jordan’s King Abdullah II signed a long-awaited free trade deal on Tuesday before holding talks on further boosting economic ties, the palace said.
Jordan, Turkey to sign free trade deal before year end
8-Nov-2009
Jordan and Turkey agreed on Saturday to sign a stalled Free Trade Agreement (FTA) before the end of the year.
Jordanians shun industrial zones
15-Feb-2009
Dust sticks to everything in the stark industrial streets of the northern Jordanian town of Duleil. Shop fronts covered in dun-coloured dirt reveal the tell-tale signs of a migrant labour economy: money transfer offices and gold jewellers.
Jordan, Pakistan to negotiate FTA in March
6-Feb-2009
Jordan and Pakistan are expected to sign a Free Trade Agreement (FTA) this year, with negotiations to finalise the draft deal slated for March, Pakistan’s envoy to Jordan said on Wednesday.
Garment factories hit by high production costs
2-Feb-2009 Jordan Times
Some garment factories in Jordan’s Qualifying Industrial Zones (QIZ) are relocating to other countries because of high production costs
Jordan, Argentina discuss FTA
23-Oct-2008 Jordan Times
His Majesty King Abdullah and Argentinean President Cristina Kirchner on Wednesday discussed prospects for a free trade agreement (FTA) between the two countries. They said that Jordan’s framework deal with MERCOSUR, a regional trade agreement between Argentina, Brazil, Paraguay and Uruguay, paves way for the FTA with Argentina.
Jordan, Belgium to discuss trade ties
13-Oct-2008 MENAFN
During this visit, the text of a bilateral investment treaty will be initialled by Maen Nsour, chief executive officer of Jordan Investment Board, and the Belgian ambassador in Jordan, Jo Indekeu.
Jordan, Canada to sign joint free trade agreement
6-Aug-2008
Jordan and Canada will initially sign a joint free trade agreement at the end of this month and will be officially approved by the end of this year, Jordanian General Secretariat for the Ministry of Industry and Commerce Muntaser Al-Aqla said on Tuesday.
Jordan, Canada hold first round of trade negotiations
14-Apr-2008 MENAFN
First round of Jordanian-Canadian trade negotiations started on Sunday with the aim of signing a free trade agreement between the two countries.
Jordan wants agreement with the Mercosur
29-Feb-2008 ANBA
The Arab country sent to the secretariat of the Mercosur, at the end of last year, a request for a framework agreement with the South American bloc, which includes Brazil, Paraguay, Uruguay and Argentina. The Mercosur is gong to start talks for a treaty with another Arab country, Morocco, in April, during a meeting in Rabat.
0 | 10 | 20 | 30
Subscribe to bilaterals.org weekly