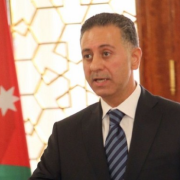 Group of MPs wants cancelled FTA with Turkey reactivated
11-Apr-2018 The Jordan Times
In Jordan, a group of MPs on Tuesday called on the government to reactivate the recently-suspended Free Trade Agreement (FTA) with Turkey. 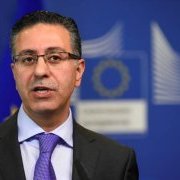 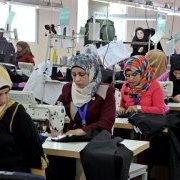 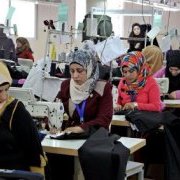 Jordan QIZ workers face "undignified" conditions
23-Aug-2016 JustStyle.com
A human rights organisation has condemned what it describes as "undignified" conditions faced by workers in Jordan’s Qualified Industrial Zones (QIZ), as well as violations at some textile factories outside these zones.
Mexico begins free trade negotiations with Jordan
4-Sep-2014 Tax News
Mexico and Jordan held their first round of negotiations for a free trade agreement in Amman, end August.
Jordanian-Canadian FTA in final stages of approval - envoy
2-Dec-2010
The implementing legislation for the Jordanian-Canadian Free Trade Agreement (FTA) - and the side agreements on environment and labour - is currently in the final stages of approval in the Canadian parliament, according to Canada’s ambassador in Amman.
King, Brazil’s Lula discuss means to boost bilateral ties
19-Mar-2010 Jordan Times
King Abdullah and the Brazilian president agreed to work intensively to wrap up talks towards the signing of a free trade agreement between Jordan and the Mercosur trade bloc, which comprises several Latin American countries, including Brazil.
Imports from US surpass Jordanian exports under QIZ, FTA arrangements
22-Jan-2010 Jordan Times
After peaking at $1.42 billion in 2006, Jordanian exports to the US dropped to $866 million through the first 11 months of 2009 whereas the Kingdom’s imports from the US rose to $1.09 billion during the same period of last year.
0 | 10 | 20 | 30
Subscribe to bilaterals.org weekly