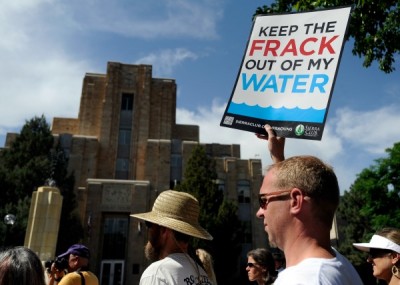 Will the U.S. and Europe consider the climate and environment during their next round of Transatlantic Trade and Investment Partnership (TTIP) negotiations? Nearly 200 civil society organizations hope so, and wrote about their concerns in a letter to trade representatives from the U.S. and Europe.

The Center for International Environmental Law led the group of 178 organizations to request answers regarding the potential of an agreement weakening various protections for the environment, health and consumers in order to expedite the passage of an international trade agreement.

“The vast majority of estimates for TTIP’s economic benefits are hypothesized to come from tackling “non-tariff” or “technical barriers” to trade,” the letter reads. “These perceived barriers are also the laws that protect people, the environment and the integrity of our respective economies.”

Earthjustice, Friends of the Earth, Clean Water Action, BlueGreen Alliance and Both ENDS are among the global group organizations that signed the letter. Among other things, they are concerned that the top-down approach set forth in some proposals could preempt standards at the state, regional and national level, especially when a response is needed for emerging technologies, new scientific information or crises.

“We are deeply concerned that TTIP will have a chilling effect on the development and implementation of laws to protect people and the environment,” the letter continues.

The groups also aren’t crazy about closed-door nature of the negotiations, which are scheduled to continue next week. They want published text of negotiations and answers to these eight questions:

What exactly has been discussed and/or agreed upon between EU and U.S. negotiators on regulatory cooperation?

How do you plan to prevent regulatory cooperation provisions in TTIP from slowing the implementation of existing laws? Proposals indicate extensive regulatory dialogues throughout several stages of regulatory processes on both sides of the Atlantic, with the production and exchange of information on alternative options and impacts, including written responses.

How do you plan to prevent regulatory cooperation provisions from being an impediment to the development of new legislation? It is proposed that Parties would inform each other of legislative initiatives at an early stage, engage in Trans-Atlantic dialogues during the lawmaking process, and assess impacts to international and transatlantic trade.

How would these regulatory cooperation provisions apply to states in the U.S. and Member States in the European Union?

How do you plan to make the proposed RCC, or another Trans-Atlantic institutional framework for regulatory cooperation, accountable and transparent?

Are there any plans to prevent dominance of interested business groups in, for example, the sectoral dialogues, or is the proposal intended solely as a platform for a transatlantic business dialogue?

Will the proposed changes to lawmaking in the EU or U.S. be subject to international dispute resolution or provide a valid legal basis for lawsuits in either the EU or U.S. challenging the legality of adopted legislation or regulation?

“EU and U.S. leaders may be trading away environmental and health safeguards for the sake of big business and short-sighted interests,” Magda Stoczkiewicz, director of Friends of the Earth Europe, said. “The trade talks could even hamper the ability of governments to protect their citizens against the risks of shale gas, [genetically modified] crops and dangerous food and chemicals.