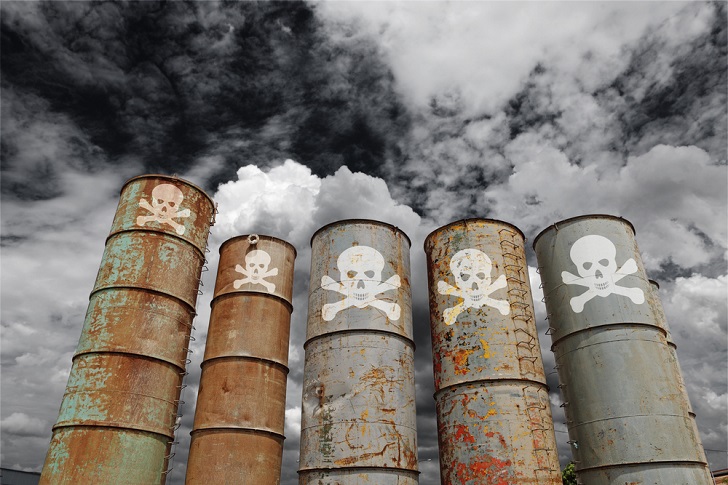 2015: a year in review on trade and the environment

In 2015, new trade and investment cases, leaks and texts all demonstrated how trade rules present a significant threat to our environment and climate. But 2015 was also a year of unprecedented grassroots mobilization on trade, indicating that — if we continue to build on this momentum — we can close the curtains of the free trade era.

Let’s review 2015’s trade-and-environment highlight reel — which demonstrates why 2016 must be the year to stop harmful trade pacts and build a new model of trade that supports communities, our environment and climate.

In 2007, the government of Nova Scotia in Canada rejected a proposal by U.S. mining company Bilcon to use invasive methods to extract basalt, a rock used for construction, near the Bay of Fundy. The decision to reject the project was based on an environmental impact assessment which found that the project could harm endangered species, the environment, and communities.

Rather than set aside the project, however, Bilcon used rules in the North American Free Trade Agreement, or NAFTA, to challenge Nova Scotia’s decision before a private trade tribunal. In March, the tribunal ruled against Canada, arguing that the environmental impact assessment violated Bilcon’s NAFTA-given right to a "minimum standard of treatment." Bilcon is demanding at least $300 million in compensation from Canadian taxpayers.

2. New evidence revealed that the failure to enforce trade deals has allowed more illegal wood to enter the U.S.

The result? American businesses have been undercut by the entry of cheap illegal products into our market, and American consumers have financed illicit trade by unknowingly purchasing timber illegally harvested from Peru’s Amazon rainforest.

Despite these blatant violations of the trade pact, the United States Trade Representative has still not used the tools in the agreement to hold Peru accountable, casting doubt on whether the weak conservation rules in the pending Trans-Pacific Partnership (TPP) would ever be enforced.

Tunas and dolphins often swim together in the Eastern Pacific Ocean, leading some fishing companies to purposely ensnare dolphins in their nets to trap tuna, killing and injuring dolphins in the process.

In 1990, the U.S. enforced a "dolphin-safe" labeling program that allows consumers to choose canned tuna caught in a manner that does not kill dolphins. This label has been wildly successful, contributing to a 97-percent reduction in dolphin deaths since the 1980s in Pacific waters where dolphins and tuna swim together.

In 2008 Mexico launched a World Trade Organization (WTO) case against the U.S. claiming that the label discriminated against Mexican tuna fishers and, therefore, violated international trade rules. The WTO ruled against the label in 2011, 2012, and now twice this year. This most recent ruling leaves no more opportunities for the U.S. to appeal, and means that the U.S. could face WTO-authorized trade sanctions if we preserve the dolphin-saving label.

4. A leaked document revealed that an EU proposal for the Transatlantic Trade and Investment Partnership fails to protect the environment from trade threats.

The Transatlantic Trade and Investment Partnership (TTIP), a trade pact under negotiation between the United States and European Union (EU), would threaten environmental and climate protection. A document leaked this year revealed that the EU proposal for a TTIP "sustainable development" chapter is far too weak to protect the environment from the threats of the pact.

Nothing in the leaked text would prevent foreign corporations from challenging American or European climate or environmental policies in unaccountable trade tribunals. Nothing would prevent TTIP from expanding trade in dangerous fossil fuels like oil and gas. And the vague wording creates loopholes that would allow governments to continue environmentally harmful practices.

5. The text of the TPP was released to the public, proving that the pact would threaten our air, water, and climate.

After more than five years of closed-door negotiations, in November, governments of TPP countries finally published the text of the controversial pact. In its more than 6,000 pages, the deal fails to even mention the words "climate change" — a dead giveaway that this isn’t a "21st-century trade agreement," as some have claimed. But beyond making no effort to even mention climate disruption, the TPP would actually fuel the climate crisis.

6. Our movement grew stronger than ever before.

2015 was also a year of incredible mobilization against harmful trade pacts.

Our movement also took to the streets. On October 14, for example, for the People’s Climate Movement day of action, Sierra Club volunteers joined with partners at events across the country. From street theater in Seattle to rallies in D.C., we expressed our demands for a just and sustainable future and the end to harmful trade rules. We also joined with partners across the world, including at the 250,000-person rally against TTIP in Berlin, Germany and at the Paris climate talks to highlight how unjust trade rules undermine climate policies.

If we continue this work and build our movement we will build a new model of trade that puts the interests of communities and the environment before the interests of multinational corporations. Our short-term work is to stop harmful trade agreements. Our long-term work is to continue to build our movement so strong and fierce that it becomes unthinkable for governments to allow trade rules to undermine environmental and public interest policies because the backlash would be too severe.

That’s the movement we’re working toward, and we are well on our way. Join us in the fight for fair trade and a safe climate, and let’s make 2016 the year to stop harmful, polluter-friendly trade deals.